"It's hard to keep asking, and it's no surprise that they fell a bit flat"

"The reality is, they could have easily been 15, 20 points clear at half-time."

For Leinster, more photo-shoots with a trophy they have owned since May 2018. For Munster, another golden chance to win some silverware gone in 80 minutes.

On Saturday at The RDS, Leinster put on a dominant display in the PRO14 Final to win their fourth successive league title. The final scoreline was 16-6 but Leinster bossed the contest for long stretches and kept their inter-provincial rivals at arm's length from the moment Jack Conan crashed over for a second half try.

"It was the best opportunity Munster had in a knock-out game," says former Leinster and Ireland winger Fergus McFadden. "Leinster had a few players missing - the likes of Garry Ringrose and James Ryan - proper leaders for the team - and Dan Leavy and Caelan Doris were not available. Whereas Munster, pretty much, had a full stack to pick from and guys that were playing so great in the Six Nations."

On the latest House of Rugby Ireland episode [LISTEN from 5:30], McFadden, Ian Madigan and host Eimear Considine discussed what Leinster got right to win the title, and what Munster got wrong. 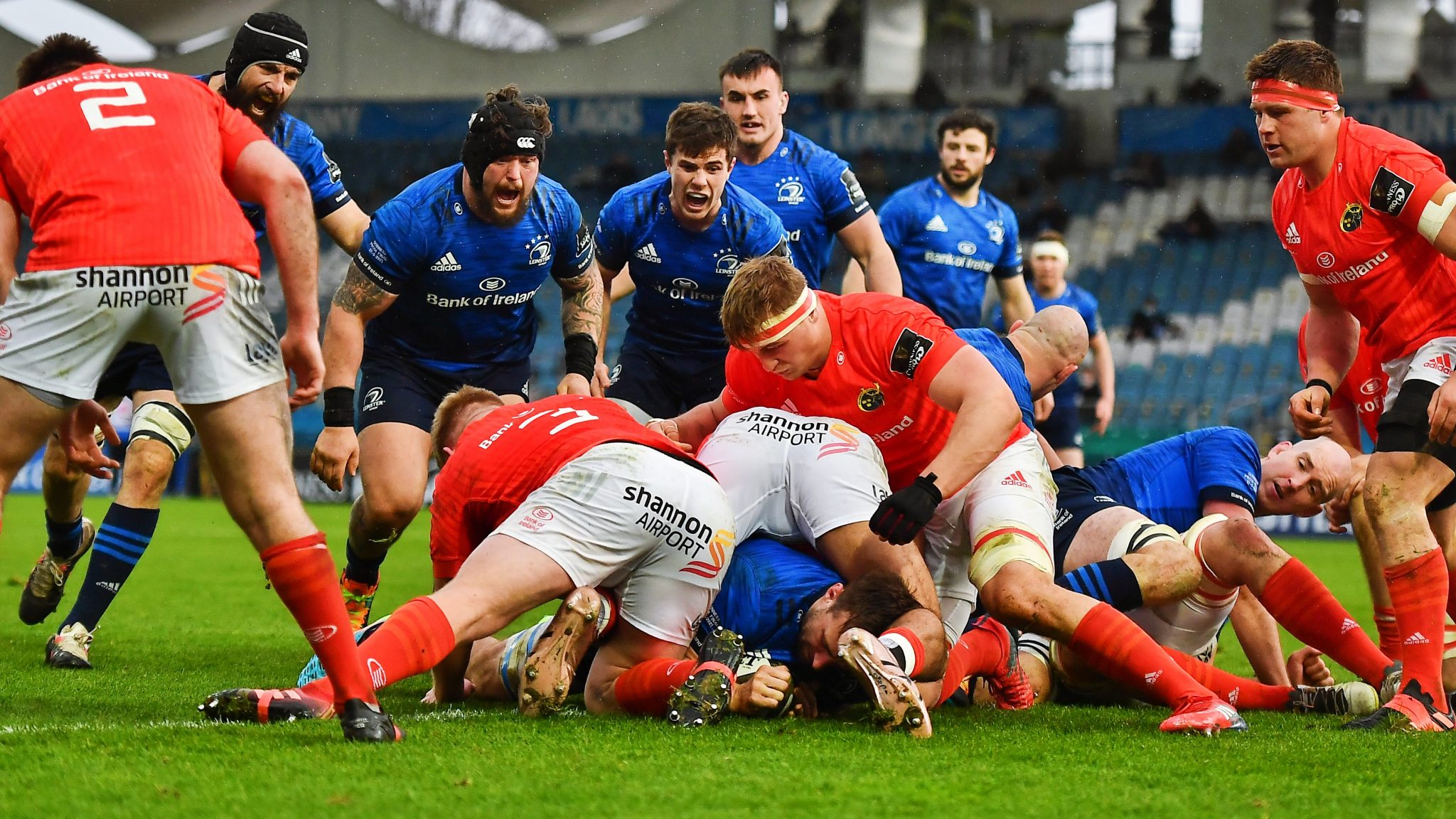 Jack Conan dives over to score a try against Munster in the PRO14 Final. (Credit: Sportsfile)

"The Munster supporters will be deeply disappointed," McFadden acknowledges, "but I think that, when it matters, there's probably still a gulf in the standard there, and Leinster showed that."

For Madigan, who has had plenty of close battles with Leinster since joining Ulster, last year, Saturday's final was only ever going in one direction.

"You look at the scoreboard and it was 16-6 but, the reality is, off the back of the dominance Leinster had in that first half, they could have easily been 15, 20 points clear at half-time. In the second half, Munster didn't really throw a punch to get back in the game.

"It was still in the balance and anything was possible, but they barely accessed the Leinster 22. If you look at the key parts of the game - scrums, physicality, aerial, how either team moved the ball around - Leinster were streets ahead in every facet."

END_OF_DOCUMENT_TOKEN_TO_BE_REPLACED

Madigan feels a partial reason for Munster 'falling flat on the day' was they started their Six Nations stars - CJ Stander, Keith Earls, Tadhg Beirne, Peter O'Mahony and Conor Murray - while Leinster went with a mix of men that had featured in the tournament and played a big role in getting them to the final.

"There's guys who played really well throughout the Six Nations and then you're asking them to replicate it again in a league final, and replicate it again, this week, in Europe. It's a very tough thing to do.

"And you look at someone like CJ and I'm sure, emotionally, it would have been a very draining week for him. And physically, with the toll the Six Nations would have taken on his body. It's hard to keep asking, and it's no surprise that they fell a bit flat." 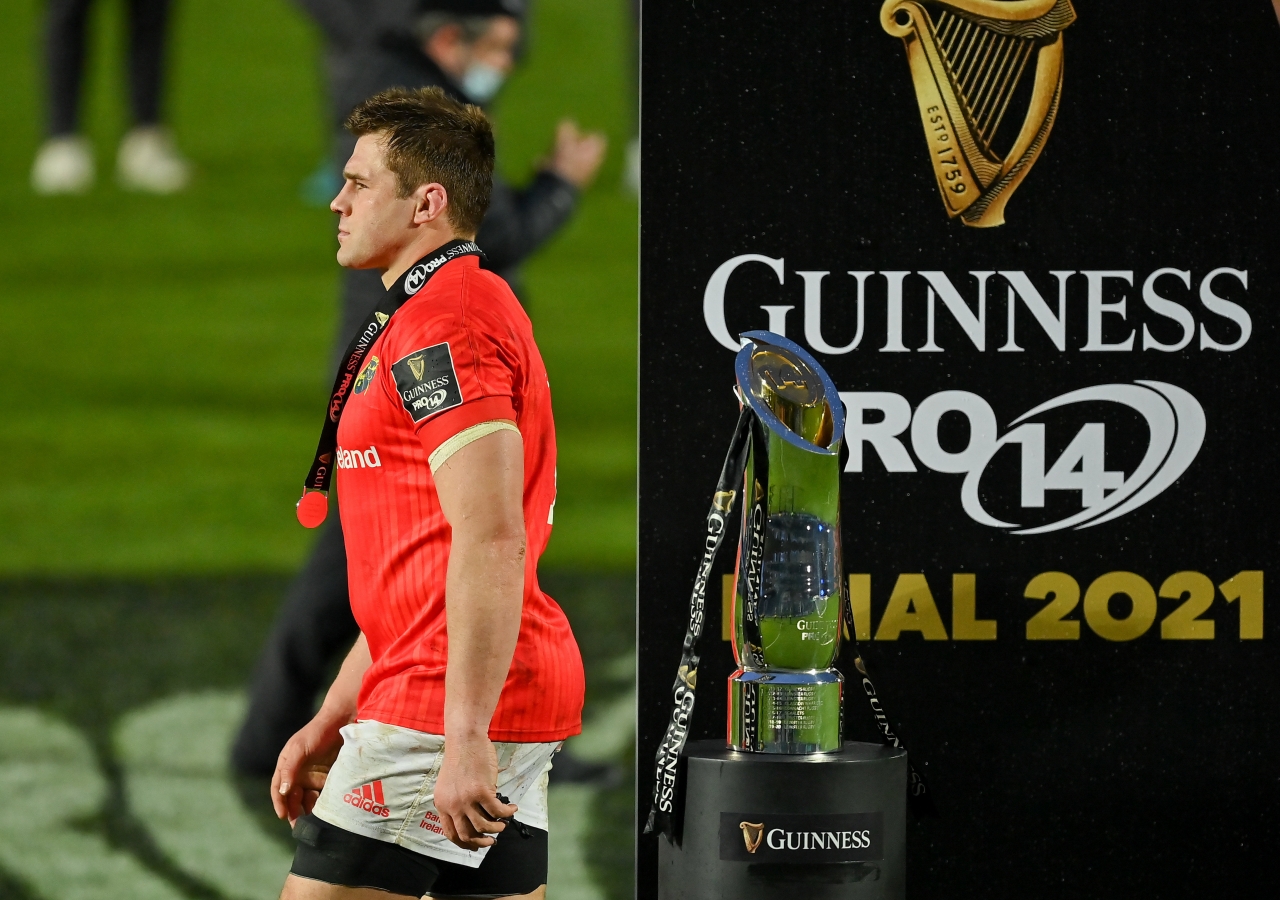 CJ Stander of Munster walks past the PRO14 trophy at the RDS Arena in Dublin. (Photo by Brendan Moran/Sportsfile)

"Leinster had a big advantage," Madigan continues, "in that the key guys in that Leinster team that really played well [in the final] were there throughout the Six Nations.

"The likes of Luke McGrath, who has been there with Leinster and playing really well. Devin Toner, Scott Fardy, Dave Kearney and both Rhys Ruddock and Jack Conan, who got some game time for Ireland but were both back with Leinster in between... It was just one of those days when Leinster just made things go their way."

END_OF_DOCUMENT_TOKEN_TO_BE_REPLACED

And while Munster's bench was by no means weak, it was weaker than Leinster replacements, which included Johnny Sexton, Tadhg Furlong, James Lowe, Jamison Gibson-Park and Ryan Baird.

"You have to feel for those Munster lads, as well," McFadden notes. "You've got some guys there like Billy Holland finishing up. What a servant.

"Munster are still going in the Champions Cup, so there's an opportunity for them to go further, but they seemed bitterly disappointed. It's been a long wait for them, for trophies."


popular
Rob Kearney taught a classic GAA lesson when he tried to have the craic in second game back
Shane Lowry had no problem setting reporters straight at Ryder Cup briefing
The scenes in Newbridge as the biggest hit and hope ever knocks Moorefield out
Conor McGregor nearly hits Chicago Cubs fan with wild first pitch at Wrigley Field
Kieran McGeary on his relationship with Mickey Harte and his role in Tyrone's success this year
When Liam Brady lit into Brian Clough for his dismissive Mick McCarthy comments
'Solskjaer has started the new season the same, so why would you expect a different result?"
You may also like
3 months ago
Lions coach heaps praise on "outstanding" Ronan Kelleher ahead of Japan Test
4 months ago
Tadhg Furlong, playing with all the chips, doesn't flinch at World Cup question
4 months ago
Leinster run out of steam as Ronan O'Gara's La Rochelle reach Champions Cup final
4 months ago
One more outstanding game and Jack Conan could be a Lion
5 months ago
Madigan, McFadden and Henry on one game they'd change if they could go back
5 months ago
Rating the chances of Leinster's 16 Lions hopefuls
Next Page