Conor Murray was back on top form. Tadhg Beirne was a turnover machine. Mike Haley's kicking was on point. Damien De Allende's leg drives were a joy to behold. The Munster bench made an impact. And still, they lost to Leinster.

Despite going 10-0 ahead after 11 minutes, at a frigid Thomond Park, and dominating long spells of the game thereafter, Munster managed to cough one up to their inter-pro rivals in the final stages. 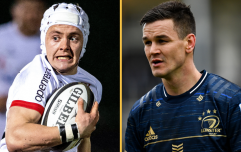 END_OF_DOCUMENT_TOKEN_TO_BE_REPLACED

Johann van Graan's side looked full value for their lead as the game headed into the final 11 minutes, but Leinster were never put away and they made their hosts pay for their profligacy. JJ Hanrahan missed two penalty attempts, either side of half-time, and it ultimately came back to bite Munster.

It was not all Munster, however, but every time they looked like threatening a try, Tadhg Beirne (twice) and the home defence would step up with a big tackle or turnover. 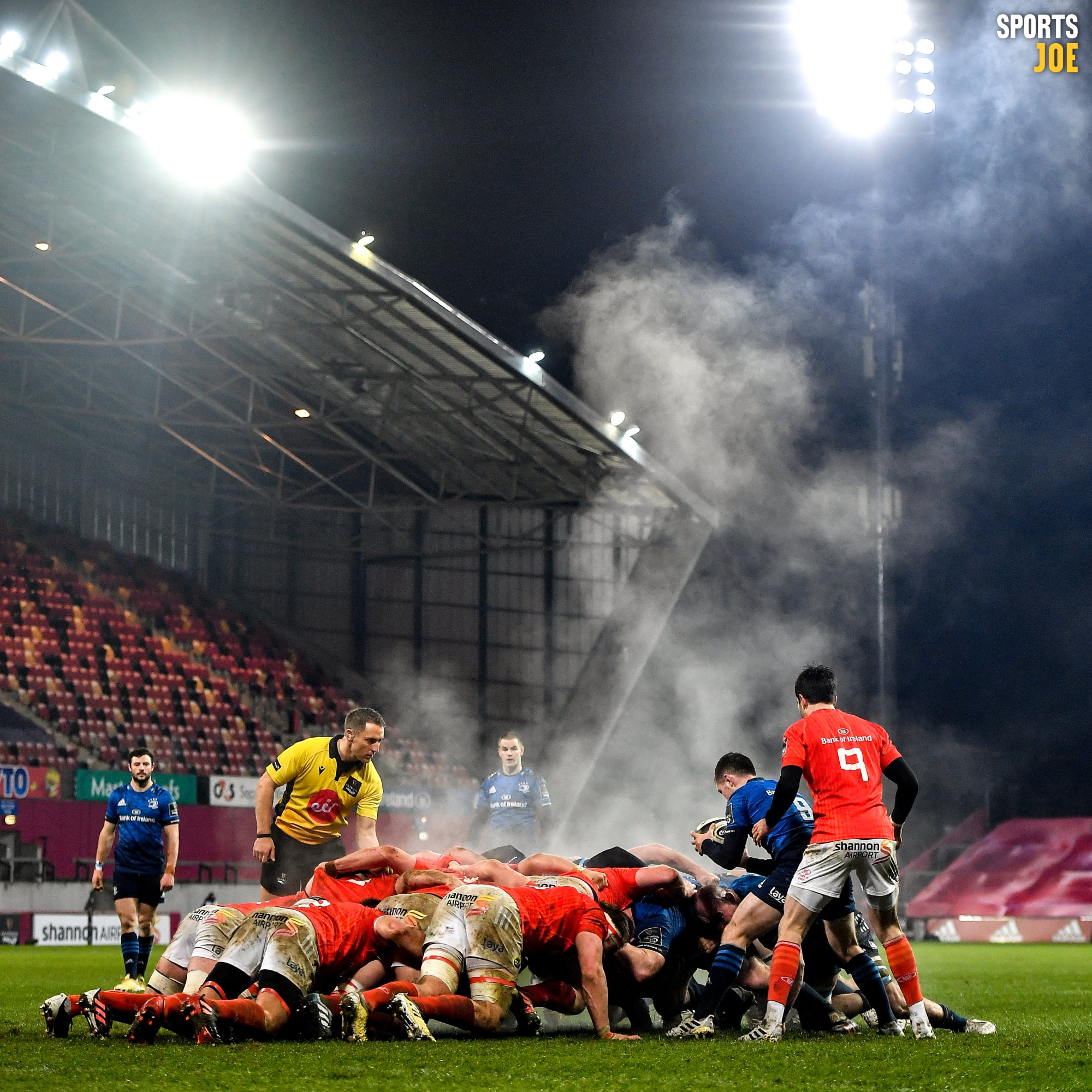 Steam rises as Luke McGrath prepares to put into a scrum during the Guinness PRO14 match between Munster and Leinster at Thomond Park in Limerick. (Photo by Eóin Noonan/Sportsfile)

Hanrahan struck a post with a 39th minute penalty that would have made it 13-3 and the miss was compounded when Munster were penalised twice in 60 seconds and Johnny Sexton reduced the arrears to 10-6 at the break.

The second half saw Munster play a smart game and put the ball back into the Leinster half, almost daring them to play their way out of trouble. But not ticking the scoreboard over cost the home side.

Driven on by scrumhalf Luke McGrath, Leinster went wide on a set-play off a scrum and Ross Byrne kicked in behind the red lines. Hugo Keenan got to the ball first and offloaded to Jordan Larmour, who glided over for the clincher.

The try that won it for Leinster... and what a try it was!pic.twitter.com/oQ2cvyYaRD

Ross Byrne added the extras to ensure Munster would need a try to win it. It was not to be, however, as De Allende knocked on, out wide, with less than a minute to go and Leinster saw the game out.

OUR MAN OF THE MATCH: Tadhg Beirne (Munster)


popular
Paul Galvin is not one bit impressed with the new Kerry jersey
Andy Moran reveals which former Mayo teammate was the ultimate team player
QUIZ: Which is the correct GAA crest?
Ireland Under-17 defender Cathal Heffernan 'in talks' with AC Milan
Kieran Trippier pinpoints Daniel Levy's biggest transfer mistake
Craig Dias on club All-Ireland run, winning Leinster, and making his second debut for Dublin a decade after his first
"It’s hard not to respect Johnny, even if you don’t like him!" - Dan Biggar
You may also like
1 week ago
Ulster the top dogs in latest Champions Cup Team of the Week
1 week ago
Peter O'Mahony delivers powerful Ashling Murphy tribute after Munster win
2 weeks ago
Castres winger Filipo Nakosi's devastating carry flattens Conor Murray and Andrew Conway
2 weeks ago
"These guys don't have a clue" - Ian Keatley speaks up for Johann van Graan
2 weeks ago
"It was brave... if you're slating Munster, you better make sure you win"
2 weeks ago
Munster linked to Wasps and All Blacks centre Malakai Fekitoa
Next Page