Two teams that, traditionally, loved to fling the ball around.

Leinster and Bath meet up this Saturday, in the Champions Cup quarter-final, at the Aviva Stadium.

The two sides have four European Cup titles to their name and, in the past 20 years, have boasted enough star names to adequate man a Panamax Class cargo-ship.

We have looked at some of their best sides, and players, over the Heineken/Champions Cup era and compiled our definitive dream team.

Nacewa drops to fullback, which means there is no place for Rob Kearney. Bath's Heineken Cup winning scrum-half, in 1998, was Andy Nicol but he cannot hold a candle to four-time winner [once with Wasps] Eoin Reddan.

With Cian Healy and Lee Mears automatic selections, the big front row call is Mike Ross over Victor Ubogu. While we selected Malcolm O'Kelly and Steve Borthwick in the second row, it could have easily been Leo Cullen, Brad Thorn and, at a stretch, Bath's Danny Grewcock. 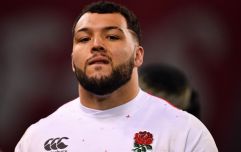 "Leinster have got to come to our backyard. It’s our gaff" - Ellis Genge

END_OF_DOCUMENT_TOKEN_TO_BE_REPLACED

Leinster all over the back row like a lampshade. Ultimately, we opted for Rocky Elsom, Sean O'Brien and Jamie Heaslip rather than O'Brien, Shane Jennings and Heaslip. The only Bath players that threatened to break the Leinster monopoly were Springbok flanker Francois Louw and former United States No.8 Dan Lyle. 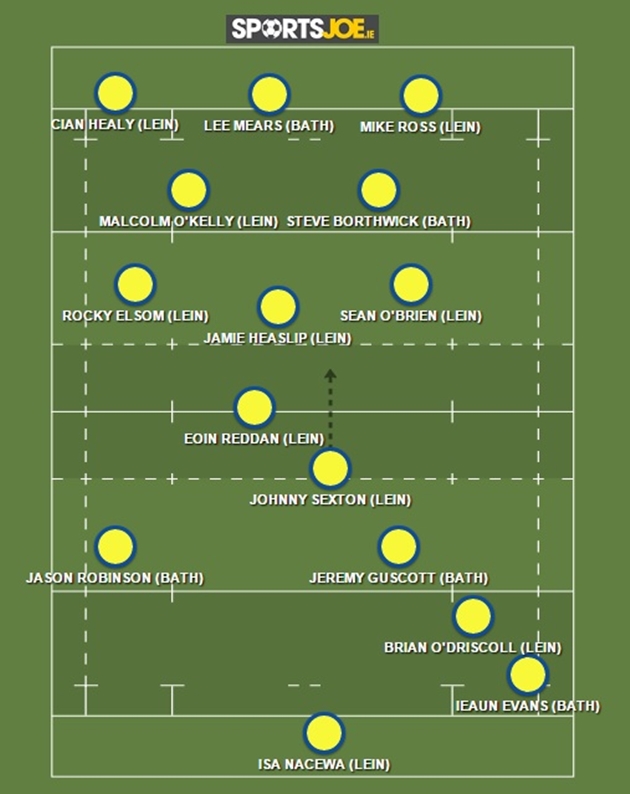 
popular
Noel Gallagher left 'covered in blood' after headbutt from Ruben Dias’ dad
Cutting through the contradictions from one of the worst television segments of the year
Aiden McGeady details the abuse he suffered after playing for Ireland instead of Scotland
Roy Keane shows great comic timing after Jack Grealish party invite
BBC apologise after accidentally posting mocking Man United message live on TV
The FootballJOE Pub Quiz: Week 38
France the sore losers as Ireland Men reach first ever Sevens World Series final
You may also like
2 months ago
Leinster GAA appoints 30 new full time coaches to help rest of province compete with Dublin
2 months ago
Dublin likely to play Leinster semi-final outside of Croke Park for the first time in 26 years
3 months ago
"He's available for selection" - Mark Vaughan is still playing his part in making Kilmacud Crokes history
3 months ago
Craig Dias on club All-Ireland run, winning Leinster, and making his second debut for Dublin a decade after his first
4 months ago
Brian McLoughlin insists Kildare players "weren't fussed" about Jack O'Connor's infamous interview
4 months ago
Naas don't register a single point in the second half as Kilmacud Crokes seal Leinster title
Next Page