Has he had a word with the Cork county board?

Ireland’s bid to win three Six Nations titles in a row looks to be over after Saturday’s 10-9 loss to France in Paris.

Our inability to score a try when we dominated possession, coupled with a number of serious injuries again, means we will have to defy all expectations to hang onto the trophy over the coming weeks. 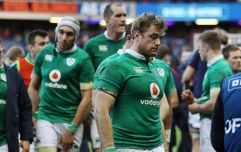 END_OF_DOCUMENT_TOKEN_TO_BE_REPLACED

Joe Schmidt is coming under all sorts of pressure, with various calls for him to freshen up his squad, as well as some pundits demanding a radical change in style to try inspire much needed creativity in the side.

The fact that the Kiwi has not had the best XV players to pick from and was facing France six days after the bump and bash of the Wales game, appears to have been forgotten by many.

However, at least one Ireland legend feels that our biggest disappointment is not anything that has taken place in Dublin or Paris so far, but is a combination of factors, including the weather and a World Cup hangover.

Speaking to the BBC, the Clare native feels that the rain over the last two weeks has affected Ireland’s game plan.

“I am not so certain that Ireland are trying to do anything different after the World Cup to be brutally honest, although it's been difficult for the past two weekends because it has rained on both occasions.”

The ex-hooker also feels that the action in Wales last October is still affecting the team.

"Ireland are a team in transition with a very tough year ahead of us. We have got a three-match summer tour to South Africa, and then Australia and New Zealand in the autumn - all following on from a World Cup year."

"We are still in a spot of World Cup fatigue. That, and the six-day turnaround from the Wales game, one less than France, makes it difficult." 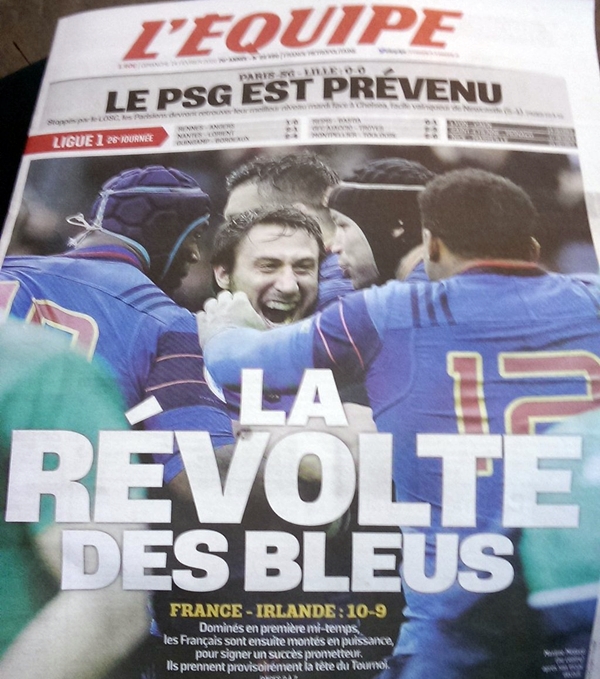 Wood also points to the fact Ireland had only one offload at the Stade de France, compared to France’s 17, means that our attacking approach is wrong and needs some alterations.

“My belief is that Ireland don't have enough players running for the positive break. When a player gets in around the back of a side or gets over the gain line and looks to pop a pass, there should be a guy ready to run at 100 miles an hour on his shoulder.

“There also needs to be a guy to run and make the ruck if he doesn't offload it. Ireland are putting the guy into the ruck but not the supporting runner looking for the offload.”

Wood's thoughts are unlikely to change Joe Schmidt's approach, but it is interesting that he feels Ireland's form can still be affected by something which took place over four months ago.


popular
Andy Moran reveals which former Mayo teammate was the ultimate team player
Paul Galvin is not one bit impressed with the new Kerry jersey
"It’s hard not to respect Johnny, even if you don’t like him!" - Dan Biggar
QUIZ: Which is the correct GAA crest?
Ireland Under-17 defender Cathal Heffernan 'in talks' with AC Milan
QUIZ: Name the 25 clubs relegated from the Premier League more than once
"I was in the Blackrock end goal looking up to the heavens saying, "Get us through it" - Kerins following his late father's footsteps
You may also like
5 years ago
English players' union lashes out at World Rugby over Joe Marler 'gypsy boy' hearing
5 years ago
Billy Vunipola makes preposterous statement about southern hemisphere rugby
5 years ago
Conor O'Shea has been confirmed as Italy's new head coach
5 years ago
Is it time for the Six Nations to introduce a bonus point system?
5 years ago
Ranking the best and worst of Ireland's Six Nations performers
5 years ago
Even Keith Earls is impressed with CJ Stander's passion for the Irish cause
Next Page