The Munster winger turns 32 next week but he out-paced two subs have a lot of years on him.

Keith Earls had some fits and starts in attack but he will have been livid with himself for his rash offload, around the 50-minute mark, that put his side under the cosh for the next five minutes. It was one of three times that Earls gave up the ball to the Japanese but he was not the only one to be profligate in possession.

From 12-3 ahead against Japan, at Shizuoka Stadium, Ireland ran out of gas, steam, legs and anything else that was going. They lost 19-12 but, astoundingly, it could have been a lot worse.

Still, there was a moment when Ireland looked to have so utterly blasted their own feet off when Earls used his instincts and pace for the greater good. This all-out defensive effort saved him team a point and, in doing so, could well have saved their World Cup.

On the latest episode of Baz & Andrew's House of Rugby, Andrew Trimble and Barry Murphy [from 27:00 below] discussed Earls' try-saving tackle on Kenki Fukuoka and what it could mean for Ireland's hopes of making the knock-out stages.

"It could be fine, yet," offers Trimble.

"If Scotland beat Japan, stop me if I'm wrong, we've still got a good chance of topping the pool. So Earlsy, in chasing back after that intercept, potentially saved Ireland's World Cup. That's the reason why Joe Schmidt loves him. Stuff like that."

Ireland looked out on their feet in the closing stages as, seven points down, they tried to break through the Japanese lines in the face of fierce defence and line-speed.

On 76:56, under pressure, Jordan Larmour's pass for Garry Ringrose had no pace in it and Fukuoka, on the sprint, intercepted. Larmour (circled red) turned to chase back and Earls, wise to the danger, had spun and was starting to chase back. 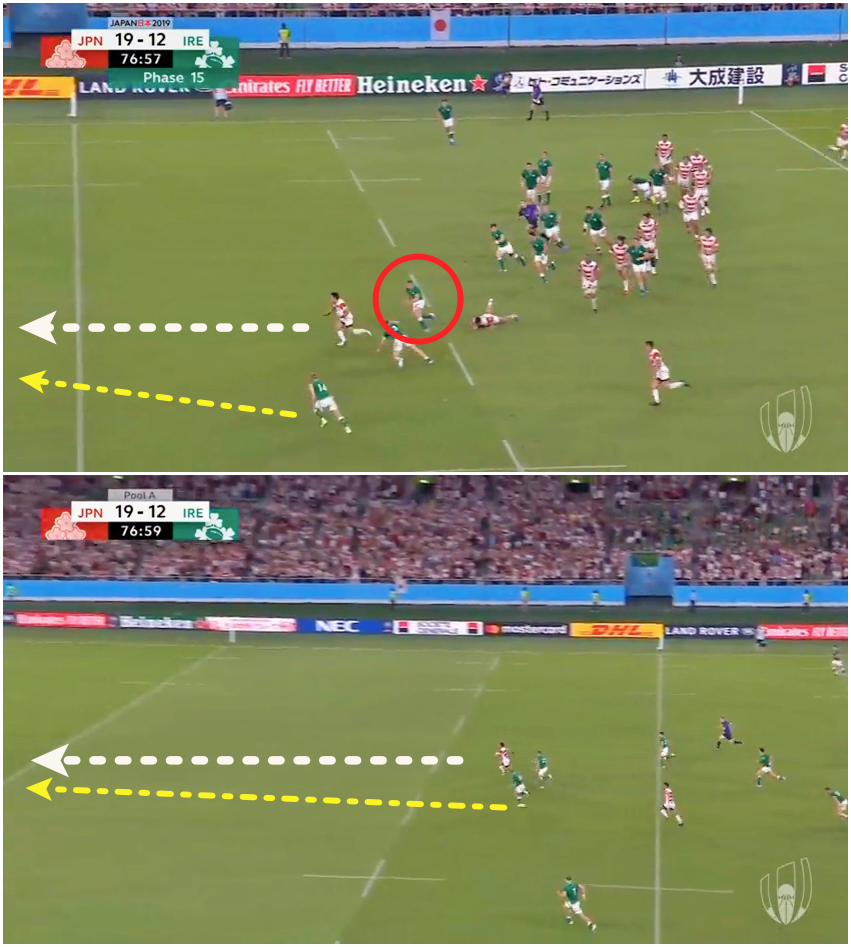 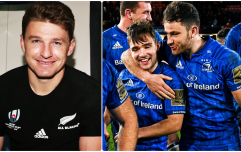 END_OF_DOCUMENT_TOKEN_TO_BE_REPLACED

Earls was so close to securing the turnover, too, but the cavalry arrived and his poach attempt spilled forward and referee Angus Gardner awarded a scrum to Japan.

Ireland won the ball back but Joey Carbery kicked the ball out to secure the losing bonus point, dividing opinions across the Irish rugby community. For what it is worth, former Ireland hooker Jerry Flannery feels Carbery made the right call as keeping the ball in play only to concede again would 'have killed us completely'.

As it stands, Ireland will go through to the quarter finals, regardless of what Japan or Scotland do, if they beat Russia and Samoa with try-scoring bonus points.

Ireland are way, way down but, thanks to Earls, they are a long way from out.

popular
The SportsJOE 12 o'clock quiz | Day 145
Leinster star Hugo Keenan has beaten Beauden Barrett's 'Bronco' time
300/1 winner makes history at Leopardstown
The SportsJOE 12 o'clock quiz | Day 144
"No doubt he'll say he played shit like he normally does, but I thought it was a good game."
QUIZ: Beat the clock to name the Premier League assist kings
Joe Rogan reveals he could be parting ways with the UFC
You may also like
2 days ago
"It was a serious boost for Andy Farrell to give me a bit of a shout-out" - Ian Madigan
3 days ago
QUIZ: Can you name every Irish goalscorer from the 2019/20 Premier League?
1 week ago
James Ryan's misfortune opens Leinster and Ireland doors for Ryan Baird
3 weeks ago
Ireland set for Six Nations decider in Paris on October 31
3 weeks ago
We challenge any rugby player to top Jack McGrath's lockdown hobby
4 weeks ago
James McClean opens up on sickening, Covid-related hate mail
Next Page