The picture of two men with wildly different thoughts running through their mind.

An hour into Ireland's 19-10 victory over Wales, the camera flashed to Rory Best and Keith Earls sitting on the bench.

Best and Earls had left the pitch together, around 53 minutes, but while the Ireland captain had strode off to a standing ovation, his teammate limped off with a physio on one side and a medic on the other.

Ireland fans were busy celebrating and watching replays of Tadhg Furlong's try when the attention of many switched to Earls, lying on the halfway line and receiving treatment.

The Munster winger, who was playing his first game of the season after some knee issues [tendonitis], had looked lively if a little bottled up for his first 52 minutes. His stand-out work was keeping George North relatively quiet while he did kick and chase well up the left wing.

As most eyes were focused on Ireland's forwards pounding towards the Welsh line, Earls was already struggling. He played on until their was a break in play then dropped to the ground, looking in considerable discomfort.

A stretcher was called for but Earls was on his feet as it trundled onto the pitch. The crowd stood to acclaim Best as Earls gingerly made his way to the sideline. 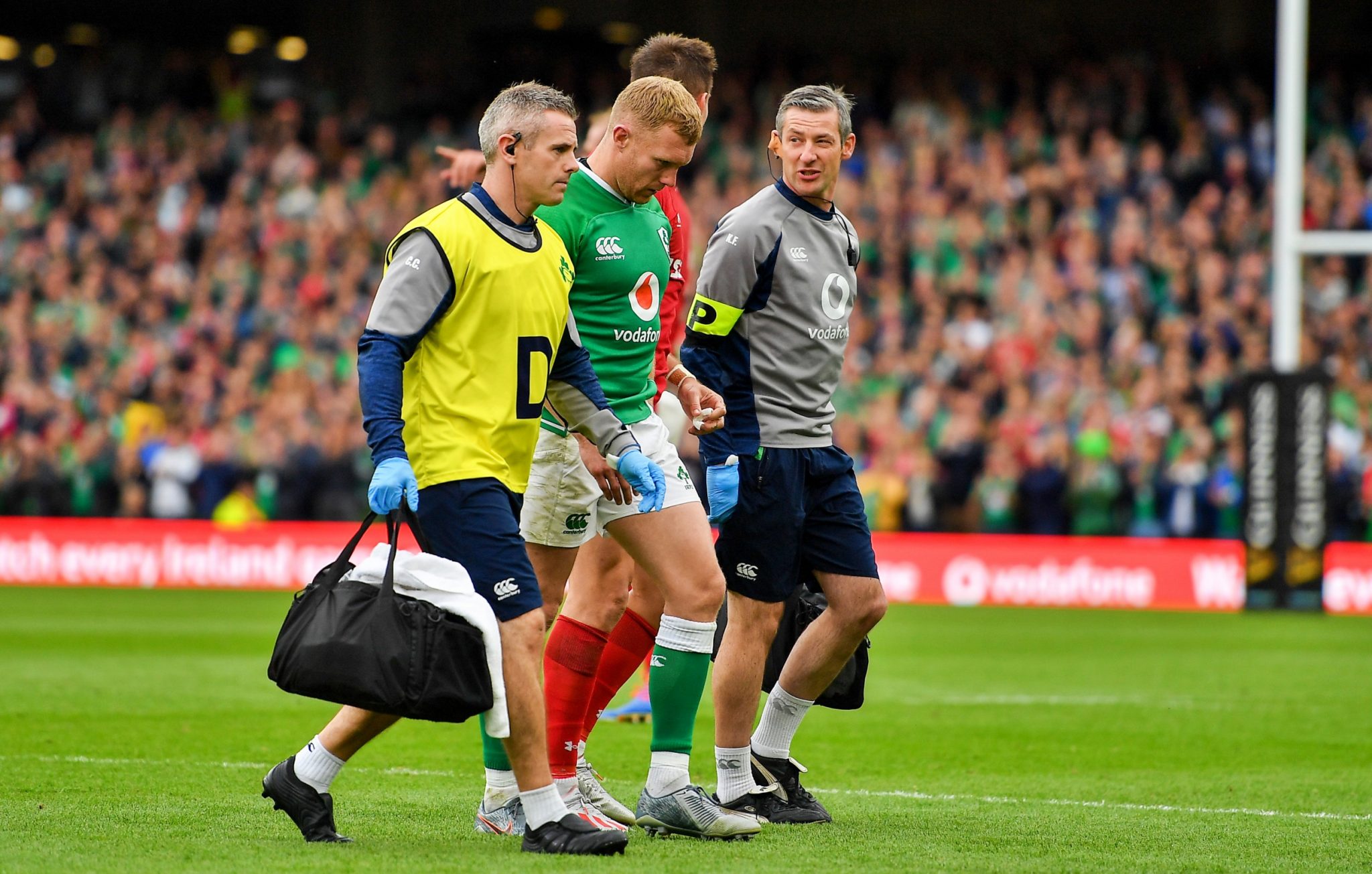 Asked for an update on Earls and Cian Healy after the game, Ireland head coach Joe Schmidt only gave one the all clear.

END_OF_DOCUMENT_TOKEN_TO_BE_REPLACED

Healy was "fine", according to the Kiwi but he was not so sure about Earls. Schmidt is unlikely to rule the Limerick native out this evening but all involved in the squad will be concerned for him.

Schmidt is hopeful on Earls' fitness and stressed, to RTE, that he was only planning on giving him 50 minutes today. He provided a touch more insight in his post-match briefing:

There may be a scan in the morning, and further tests, but Ireland will have to make a call on whether or not Earls makes the official squad they submit to World Rugby ahead of the World Cup.

The likely replacement for Earls, should he be ruled out of the tournament, should be Will Addison, although Leinster winger Dave Kearney has been in camp all summer. Ireland could well opt to go with Earls, knowing he may miss the first game or two in the pool stages.


popular
Carragher pushes all the right buttons and Keane delivers in gold
Jermaine Jenas' reaction to Eamon Dunphy punditry is absolutely hilarious
Ireland name team to play England
Conor McGregor's next fight narrowed down to two options
The Tony Kelly show in the storm as forgotten man Shanagher shows his worth
"At the end of it, you're just saying, 'thank God I didn't block that ball down'"
Rovers to continue Direct Provision initiative for 2020 season
You may also like
2 days ago
Andy Farrell names Ireland squad for crucial England game
2 days ago
Ireland expected to make only one change for Triple Crown decider
6 days ago
These three men have proved a point but are far from done
1 week ago
"CJ Stander, for all his praise, could have got carded a lot earlier that that"
1 week ago
Keith Earls and the role that could prolong his Ireland career
1 week ago
"I'm going with my gut here and feel it's the right thing to do" - Andrew Conway
Next Page