Josh van der Flier has been rewarded for a superb season, with Leinster and Ireland, after being named the Men’s XVs Players’ Player of the Year 2022 by his fellow players at the Rugby Players Ireland Awards.

The award for Women’s XVs Players’ Player of the Year 2022, as voted by members of the Ireland squad, went to Wasps back-row Sam Monaghan, who was the stand-out Irish player from their recent Six Nations campaign.

END_OF_DOCUMENT_TOKEN_TO_BE_REPLACED

Josh van der Flier, an ever-present for Ireland this season and nominated for European Player of the Year, beat Leinster teammates Hugo Keenan and Caelan Doris to the prize, as well as Connacht and Ireland winger Mack Hansen. Speaking at the Accenture-supported awards ceremony, at the Clayton Hotel, van der Flier said:

"I have many great memories from what has been a special year for me, on both a personal and professional level. To be acknowledged by my teammates and opponents in this way is particularly humbling. A special word of thanks to my fiancé and family who continue to help guide me through."

Monaghan, who prevailed over Linda Djougang and Eve Higgins, commented, "This team has been through a tremendous amount this year, we always keep fighting. The bravery these players have shown, past and present, on and off the pitch, is captivating. To be voted by them for this award is an extreme honour and we will continue to fight to put the green jersey in a better place for the next generation."

Those two awards were the headline prizes on a night when eight were handed out, to seven different players. 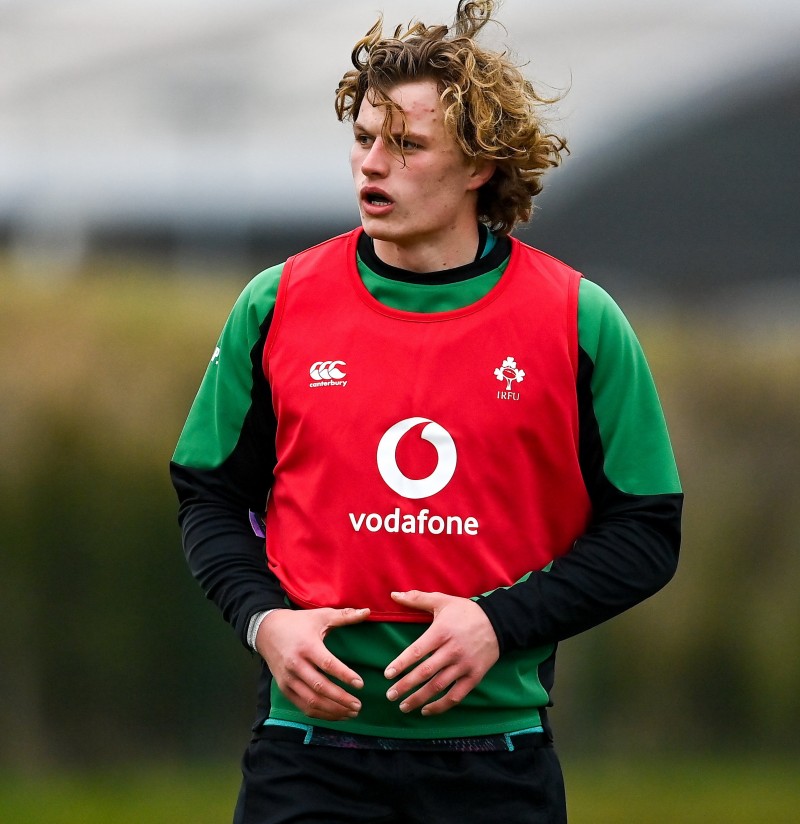 END_OF_DOCUMENT_TOKEN_TO_BE_REPLACED

Connacht back-row Cian Prendergast was presented with the Nevin Spence Men’s Young Player of the Year Award. This year marks the 10th anniversary of the passing of the talented Ulster centre.

Prendergast's Connacht colleague, Mack Hansen accepted the Moment of the Year Award on behalf of his Irish teammates on account of their Triple Crown success. Despite also having two efforts in the mix for the Men’s XVs Try of the Year, Hansen failed to win out over Caelan Doris for his try against New Zealand.

Rounding out the awards, Terry Kennedy who named as Men’s 7s Player of the Year for a second consecutive season, and Andrew Porter’s work in the community was also recognised in his winning of the Contribution to Irish Society Award.

Simon Keogh, chief executive of Rugby Players Ireland commented: “I am delighted to see Sam, Josh and all our winners receive the recognition of their peers following what has been a hugely successful season for Irish Rugby, both on and off the field.

"Winning a Rugby Players Ireland Award is the highest honour an individual player can receive in Ireland. To be acknowledged by your teammates and opponents in this manner goes some way to justifying the sacrifices that are required to make it at the top-level of the game.”


popular
Owen Farrell praises Johnny Sexton in revealing interview ahead of Six Nations
"I think Tyrone are going to go down this year" - O'Sullivan unimpressed by 2021 All-Ireland champs
January transfer window 2023: Follow the latest updates live in our hub
Shane Lowry confirms amicable split from caddie after four and a half year partnership
CCCC order replay of All-Ireland club football final
British publication urges Gareth Southgate to claim Evan Ferguson for England
Marc Cucurella learns during live interview that Jorginho has been sold to Arsenal
You may also like
1 day ago
Two Ireland stars included in Premier League's 'young English XI'
2 days ago
British publication urges Gareth Southgate to claim Evan Ferguson for England
5 days ago
"He didn't give me that jersey back!" - Johnny Sexton on new rival Jack Crowley
6 days ago
Johnny Sexton on Six Nations documentary, and two Ireland players Netflix should follow
1 week ago
Liverpool reportedly selling Caoimhin Kelleher for Jude Bellingham funds
1 week ago
Robbie Henshaw on his life-long friendship with Bundee Aki and Netflix documentaries
Next Page