"The first training session with Leinster was with him and he gave me my first Irish cap as well."

Josh van der Flier's professional rugby career has been closely linked with Joe Schmidt, and he is not the only player to have benefitted greatly from the relationship.

The Leinster flanker has been a reliable, redoubtable soldier for Schmidt and was a key figure in Ireland's November wins over New Zealand, Italy and the USA. He played a starring role in the 16-9 victory over the All Blacks, on November 17, in what was his second win over the world champions in two years.

Van der Flier joined Baz & Andrew's House of Rugby to reflect on Ireland's incredible year, but he was in for something of a surprise when news officially broke of Joe Schmidt's decision to stand down from coaching after the 2019 World Cup.

Upon learning the news [from 23:00 below] van der Flier spoke remarkably well about Schmidt and all that he has brought to Irish rugby. 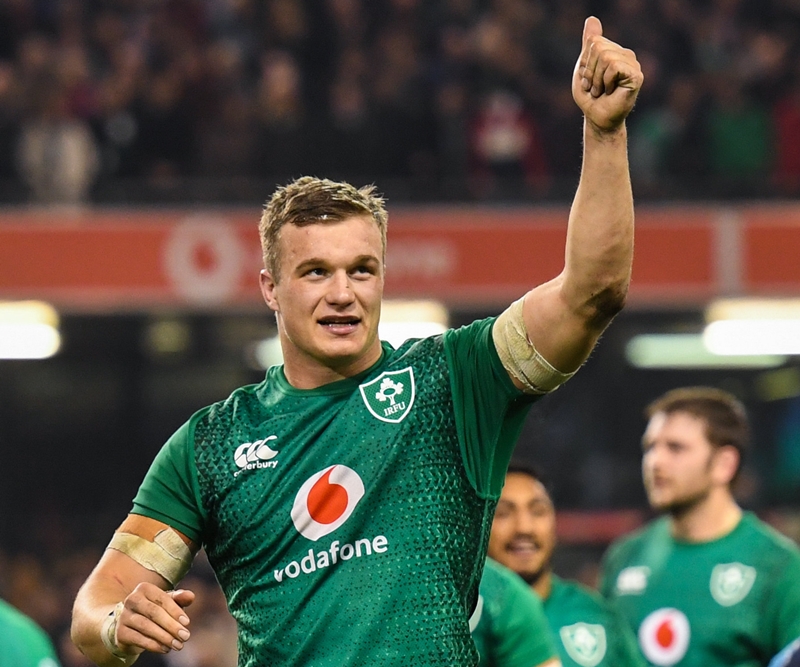 Joe Schmidt will carry on coaching with Ireland up until and including the World Cup in Japan, next autumn, but he looks likely to be hanging up his whistle and coaching boots after that. Van der Flier commented:

"Obviously, Joe has been absolutely incredible for Ireland, and obviously, everyone knows he has been a massive part of why the team is where it is.

"I suppose it’s disappointing but, obviously, you want him to stay on. And with the success, you want that to continue. But he has set us up brilliantly, I suppose, and I don’t know what else to say. Andy Farrell is a great coach, so... "

Farrell is set to take over from Schmidt after next year's tournament but there is a lot of rugby to play, and a lot to play for, over the next 11 months. Van der Flier said:

"When I first came into Leinster, he was head coach and I was in the academy. The first training session with Leinster was with him and he gave me my first Irish cap as well. He has been a massive part of my career so far.

"It will be disappointing not to have him coaching. He is an incredibly gifted coach but he deserves, now, hopefully a good send-off in the World Cup next year."

"I think everyone, themselves, is going to be incredibly driven to win the World Cup," van der Flier continued. "It's the biggest thing to win in rugby so I don't know if we need any more inspiration. But, if we do, then giving Joe a good send-off would be pretty incredible."