"Its an enormous honour for him."

Back in 2016, Josh van der Flier stood on a landing spot, outside the England press room, at Twickenham, overlooking a gym the senior players often use.

Ireland had lost 21-10 to England, and it was a ruthless job by a team that Eddie Jones had quickly turned around after their World Cup failure, under Stuart Lancaster, six months previous. The IRFU, as they often did when Ireland lost, sent out the earnest and considered Rob Kearney, and whatever debutants, or upbeat young lads, they could find. In van der Flier, they had both.

END_OF_DOCUMENT_TOKEN_TO_BE_REPLACED

Van der Flier did not have it all his own way, in a back row with CJ Stander and Jamie Heaslip, but he had shown enough promise in his 80 minutes to feel encouraged about his future. The same could be said for Ultan Dillane. The Connacht lock had come off the bench and made a couple of bullocking carries. 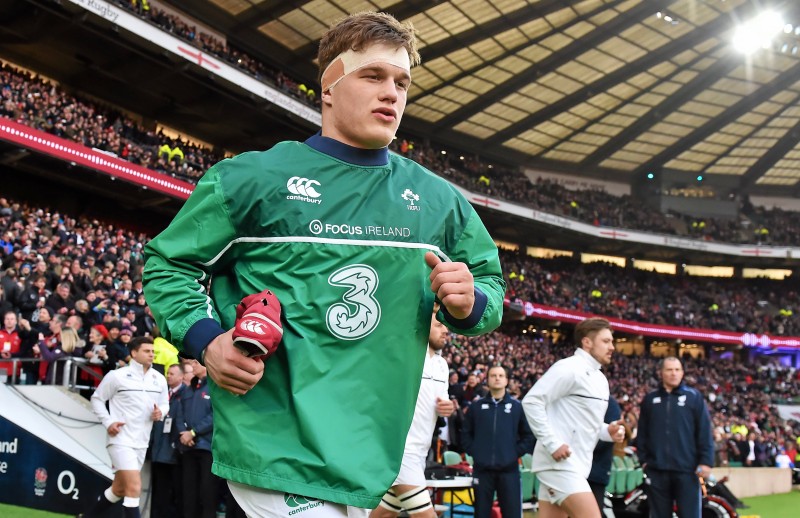 New tricks up his sleeve

END_OF_DOCUMENT_TOKEN_TO_BE_REPLACED

It would take van der Flier three years before he would properly establish himself in the Irish side. If Sean O'Brien was being slowed by injuries, Will Connors, Dan Leavy and Peter O'Mahony were all there to compete for that No.7 jersey. The Wicklow native went away, in the lockdown summer of 2020 and for the 2021/22 pre-season, and kept adding pieces to his game. He was no longer just Mr Line-Speed. He was now a carrying, jackaling and passing threat.

On Saturday, mere minutes after La Rochelle had bested Leinster, the EPCR announced Josh van der Flier as European Player of the Year. He is the first Ireland player to claim the award since Rob Kearney, in 2012.

The shame about the awards being announced so close to the final whistle - especially in the case of van der Flier or Leone Nakarawa, in 2018 - a player on the losing side, at a real low moment, could get the accolade. It is nice, sure it is, but there is little salve in it.

The achievement can often be lost in the noise, the cheers and tears. To mark the award, we caught up with one of the five-person EPCR judging panel, one former nominee and two past winner, to get their thoughts on Josh van der Flier. 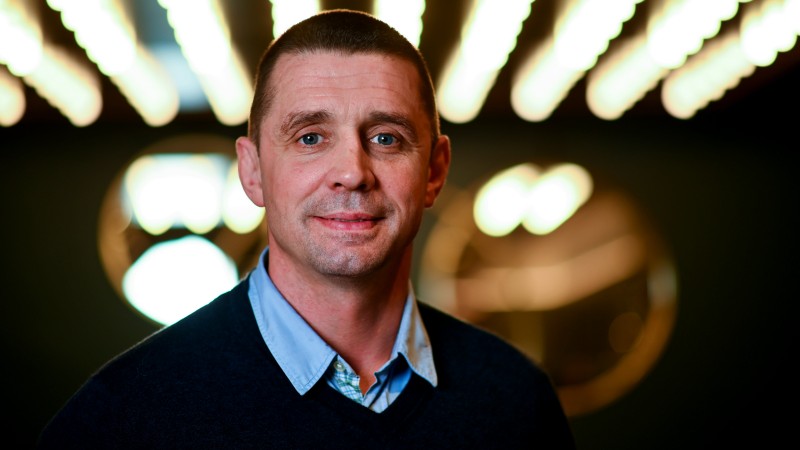 END_OF_DOCUMENT_TOKEN_TO_BE_REPLACED

"Ah, he's brilliant. He has really taken his game up a notch. I was listening to, and reading, some interviews with him, this week. He said he doesn't have any magic ingredient. He's just taking this year in, when everything has changed for him. He's probably more mature. He's carrying the ball a bit more, which is really enhancing the game, and getting him involved a bit more.

"Traditionally, he also mentioned that he was determining his performance on the amount of turnovers he got, as a traditional No.7. the game has changed so much, now, and it is harder for one man to get them all now. It has been spread out more. That has problem taken a bit of pressure off him, and he has been sensational, and the consistency levels of his performances has been incredibly impressive.

"If there was a Lions team being picked at the moment, you'd be pencilling him in as a starter. He's learned a lot, matured, and seems to be enjoying his rugby. That has had a massive impact in everything he's doing in the game." 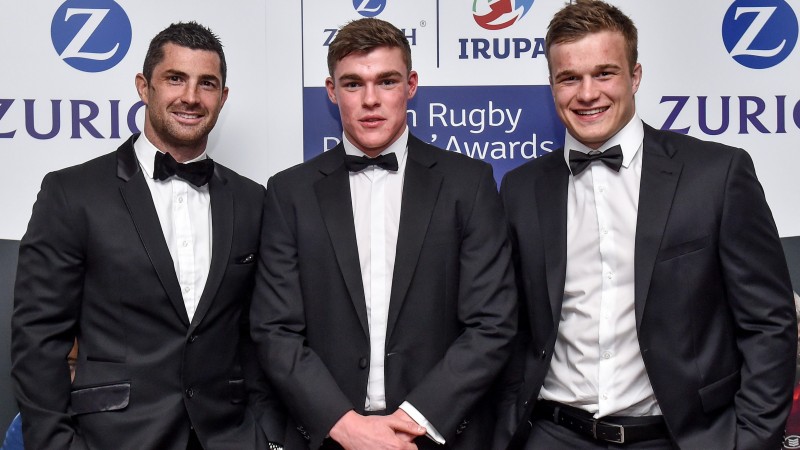 "Historically, you would have seen that award go to someone on the winning team. The only exception was Nakarawa, in 2018. You could argue that Gregory Alldritt was hard done by, considering the impact he has had for La Rochelle, particularly at the weekend. But, you have to remember, the award is for someone that has been outstanding in the whole competition, and Josh thoroughly deserves it. It's an enormous honour, to be crowned the best player in Europe.

"He had some difficult moments over the last couple of years, with missing out on selections and Will Connors getting in ahead of him in the [2021] six Nations. He was on the outside, a little bit. But he has worked hard and been rewarded. I love to see that resilience in players, to come back, and come back even better and stronger than they've ever been. It's a huge achievement for Josh." 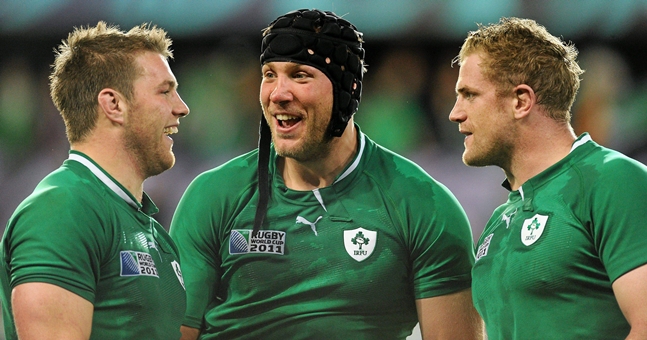 "I probably had my doubts about him, I'm not going to lie, when he first came on the scene and when he was making his Irish debut. I thought he was a little lightweight, when he was carrying the ball. I know everyone has been asking, 'Where did this come from?' as it seemed he had changed his game overnight. It may have felt that way but over three, six months, he just turned everything around.

"He's a phenomenal athlete, huge engine, never takes a backwards step. I really have a lot of respect for the guy and think he's an incredible rugby player. Met him on a number of occasions, and a really nice bloke too. I think it's thoroughly deserved." 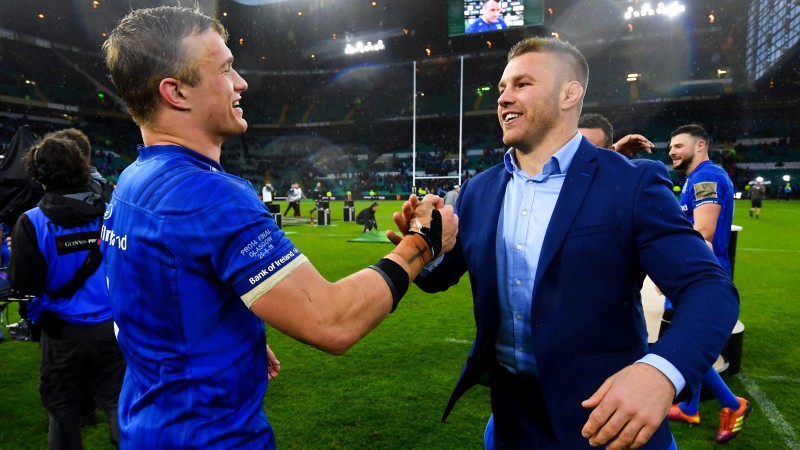 "I think this guy is one of the best players in the world, at the minute, in his position.

"His carrying has improved. He was always a tackling machine - a real chop focus - didn't do too much damage at the breakdown, and his carrying was limited. What he's added to his game in the last couple of years is a real change-up to his carry - how hard he is running into holes, running into people, when he has to.

"And then, breakdown-wise and the tackle area, how solid he is there. He is making impact shots now. He's not just getting people on the ground, he's staying in the tackle and buying Leinster time to get their defensive line set."

Commiserations to @leinsterrugby, a brilliant season and a valiant effort in the Final 👊

Rob Kearney and Stephen Ferris will be part of the Premier Sports team bringing live coverage of all four URC quarter-finals this weekend. Tune-in to every second of the drama live on Premier Sports - sign up at www.premiersports.com