Saturday in the world of Test rugby at it was a case of déjà vu - Josh van der Flier and Ardie Savea getting man-of-the-match accolades, the Springboks throwing their weight around, Australia enduring late heart-break and Damian Penaud proving his class.

While Ireland got their Bank of Ireland Nations Series off to a winning start, the rest of the November internationals threw up some high-scoring classics. Many of the usual suspects, including van der Flier, Savea, Emiliano Boffelli and Penaud, had crucial roles to play in their teams' winning efforts.

END_OF_DOCUMENT_TOKEN_TO_BE_REPLACED

At the end of this month, the nominations for World Rugby Player of the Year [and other awards like best team and coach] will be announced. Expect the Irish and French to feature heavily, with some other stand-outs from other rugby nations.

On House of Rugby [LISTEN from 34:10 below], Greg O'Shea, Lindsay Peat and Louis Ludik weighed in on the leading players for that Best Player award, with the South African siding with an All Blacks star. 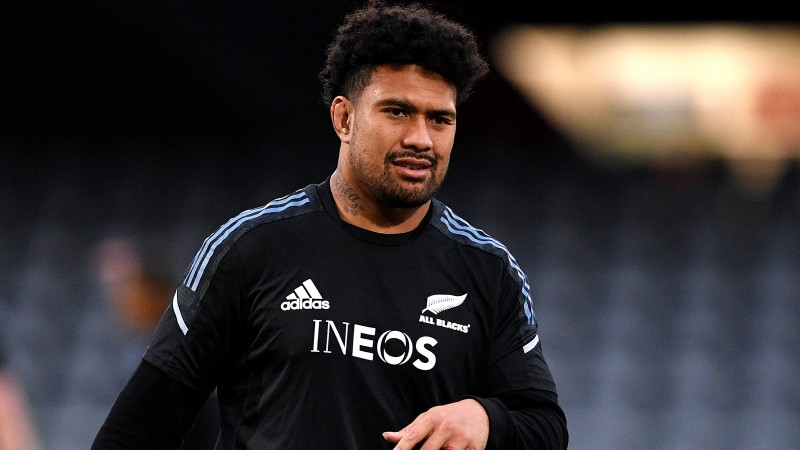 Ardie Savea looks on during a New Zealand All Blacks Captain's Run at Forsyth Barr Stadium, in July 2022. (Photo by Joe Allison/Getty Images)

END_OF_DOCUMENT_TOKEN_TO_BE_REPLACED

Last weekend, Ardie Savea and Josh van der Flier were named respective 'men' of the match after victories over Wales and South Africa.

Both men, who looked horns during the summer, looked imperious against tough opponents and further enhanced their reputations on the world stage. Van der Flier was so accomplished against the Springboks, following on from an excellent summer series against New Zealand, that it led the House of Rugby crew discussing him as a "certainty" to get nominated for World Rugby Player of the Year.

END_OF_DOCUMENT_TOKEN_TO_BE_REPLACED

"He's a workhorse," said Lindsay Peat. "16 tackles, got a try and was pivotal in a lot of the good things that Ireland did well, as he's been showing all this year... 100%. It's about consistency."

Former Sharks and Ulster star Louis Ludik was in studio to provide some South African perspective, and he stated:

"There's a couple of guys and Josh [in the running], definitely.

"I definitely think Ardie Savea, too. He's one guy that might be a little bit in front of Josh. Now, Josh has been awesome. Don't get me wrong - he's been phenomenal - but Ardie Savea just brings something different to the game."

"I know you are probably a bit more... " Ludik continued, as he chose his words carefully. Peat helped him out by agreeing, "We're biased, of course!"

Our World Rugby Player of the Year nominees

"The difference Ardie Savea makes in every single game is clear to see," Louis Ludik added, "and that leg drive.

"He is, maybe for me, favourite at the moment, but Josh van der Flier isn't far behind him."

2020 [no ceremony] and 2021 [four nominees] were both affected by Covid, but there have been six nominees for the World Rugby Player of the Year accolade in recent seasons. If that is the case for 2022, here (in order of our preference) are our six nominees:


popular
Roy Keane handled Gary Neville’s goal celebration as most Irish fans would
Roy Keane cracks up ITV pundits with description of Senegal supporters
World Cup 2022 Day 15: All the major action and talking points
Mauricio Pochettino on Kylian Mbappe and rumours that he's 'difficult'
Damien Duff makes 'brutally honest' England World Cup prediction after Wales win
Ronaldo finally reveals why he got that hideous haircut
The full player ratings as England beat Senegal to set up quarter final against France
You may also like
1 week ago
"Two Irish players are best in the world" - Rugby reacts to big Josh van der Flier and Terry Kennedy awards
2 weeks ago
Two baffling omissions as four Ireland stars make World Rugby 'Dream Team' of the Year
2 weeks ago
Josh van der Flier claims World Rugby Player of the Year at Monaco ceremony
2 weeks ago
"Highlight of my Ireland career" - Behind the scenes as Jack Crowley and Ross Byrne covered for a legend
2 weeks ago
Bundee Aki reminded us all of his best qualities, on a night Ireland couldn't do without him
2 weeks ago
Peter O'Mahony delivered some fitting Jack Crowley comments after surprise Test start
Next Page