"The lads that aren't considered bolt-on starters by Joe, when they're starting to play really well, it bodes well."

Rob Kearney looked nailed-on for the No.15 jersey against Scotland but Jordan Larmour is now in possession. Japan await at Shizuoka Stadium on Saturday and, fully fit or not, Kearney may have a watching brief.

It was only two weeks ago that Kearney returned to the Ireland XV to have one of his best Test outings in years - scoring his first international try in 47 months - and settled the doubts of the nation. He may be 33 and a heft of change but Kearney proved he was still a class operator at fullback.

He would have been irate, then, when a calf strain saw him ruled out of the World Cup opener against Scotland. Former Ireland head coach Eddie O'Sullivan called the selection of Larmour at 15 was a "gamble" and there was speculation that Andrew Conway could in fact switch with the 22-year-old to start at fullback.

Larmour was starting only his fifth Test at fullback so it is not a great proclamation when noting that was his best game in the 15 jersey. Given how assured he looked in defence, and dangerous in attack, however, he may be there for the long haul.

Larmour's performance and the make-up of the Ireland XV to face Japan was the subject of a lively chat during the latest episode of Baz & Andrew's House of Rugby [from 18:00 below]. 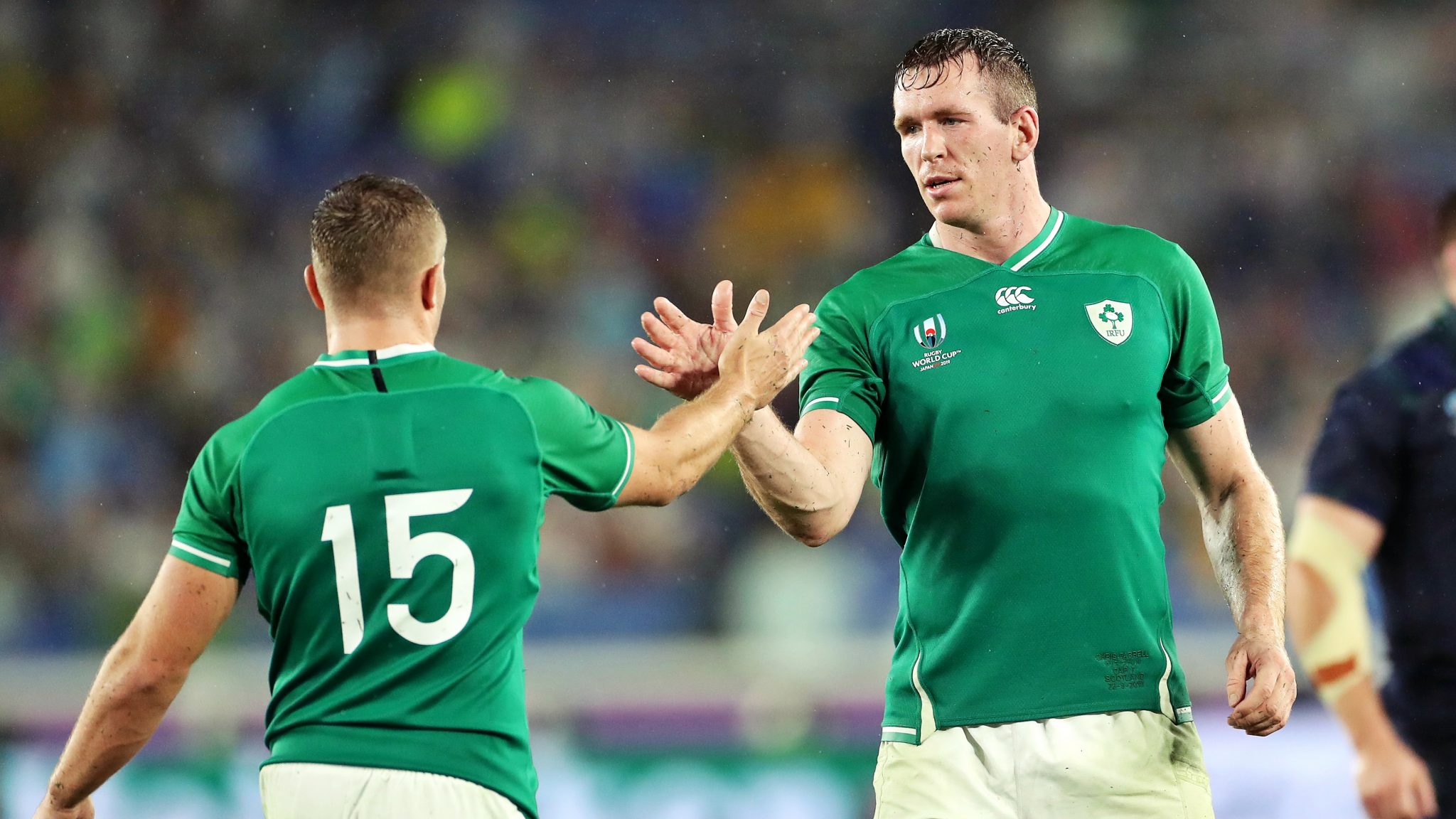 Jordan Larmour, playing in his 17th Ireland outing, was excellent in attack as he ran the ball back 11 times for a gain of 78 metres, while making two clean breaks.

END_OF_DOCUMENT_TOKEN_TO_BE_REPLACED

Players often say the jersey they are wearing on match-day is not their own. They are merely borrowing it and hoping to do it justice. On Sunday, Andrew Conway and Jordan Larmour did jersey numbers 14 and 15 proud.

His biggest blip was throwing away possession in a frantic opening five minutes but, as well as the defensive tackles he stuck, and got his side a turnover back, on 29 minutes, when he dipped in to latch onto the ball after he and Josh van der Flier had taken down Sean Maitland.

"Larmour went well," says Andrew Trimble. "Scotland did try to go after him but I don't think they were structured about it and went about it correctly. They didn't isolate him."

Looking ahead to the Japan game, Barry Murphy wonders if both Keith Earls and Rob Kearney would be able to displace Larmour and Andrew Conway, who scored Ireland's bonus point try. Jerry Flannery comments:

"So, when the second tier lads that probably aren't considered bolt-on starters by Joe, when they're starting to play really well, it bodes well. It starts pushing performance all the time. So Rob and Earlsy, when they come in, will be under the pump to play well.

"It's the same as, I think, if you look at how well Dave Kilcoyne, Niall Scannell and Andrew Porter have been playing well. I thought the Irish front row had a really big performance. They were really, really effective."

Schmidt may be loathe to switch around his back three after they delivered so impressively against the beleaguered Scots. Between them, the Irish back three provided:

END_OF_DOCUMENT_TOKEN_TO_BE_REPLACED

Trimble feels Earls may stand a better shout than Kearney for getting back into the XV for the weekend but he would not be surprised if, due to the six-day turnaround, if changes are minimal.

"They'll not make any changes," says Trimble, "apart from the guys (Chris Farrell and Jack Conan) that have come in there, will they, because it's a tight turnaround."

After the Wales victory, Kearney was Ireland's fullback for the big World Cup games.

He may yet get back in for Japan but in a backline coping with injuries and fitness issues, Schmidt must be delighted to have a positive selection dilemma on his hands.


popular
The SportsJOE 12 o'clock quiz | Day 75
SportsJOE 2000s Football Quiz | Round 3
SportsJOE 2000s Football Quiz | Round 4
The SportsJOE 12 o'clock quiz | Day 73
Justin Gaethje tells Conor McGregor to wait his turn
The SportsJOE 12 o'clock quiz | Day 74
QUIZ: Name the footballers to have played for Manchester United & Real Madrid
You may also like
4 days ago
"Paulie was like Casper the Ghost... he had lost about two stone in the two days"
5 days ago
You'll be hard pushed to get full marks in this Serie A quiz
5 days ago
Nigel Owens on how the O'Driscoll and O'Connell captaincy dynamic worked
5 days ago
Tadhg Beirne on the Wayne Pivac request that helped change his career
1 week ago
Baz & Andrew's House of Rugby - Tadhg Beirne and John Cooney
1 week ago
'We knew how much it meant to them' - Conrad Smith on Croke Park history lesson
Next Page