"If you were to create a highlights reel, it would all be basic stuff but he didn't put a foot wrong."

Andy Farrell was always going to need a new man to fill the Irish No.2 jersey but, that aside, the new head coach faced several tough decisions. In three men - Rob Herring, Jordan Larmour and Andrew Conway - he looks to have made smart calls.

END_OF_DOCUMENT_TOKEN_TO_BE_REPLACED

All three players had points to prove after the World Cup and all have done so. That being said, they will know there is a long way to go before they can feel their feet a well and truly under the desk.

After Ireland's 24-14 victory over the 2019 Grand Slam champions, Conway and CJ Stander received the most praise. On the latest episode of Baz & Andrew's House of Rugby, Barry Murphy, Andrew Trimble and Jerry Flannery lauded that Munster duo but there were words of commendation for Herring, Larmour and for Farrell himself. 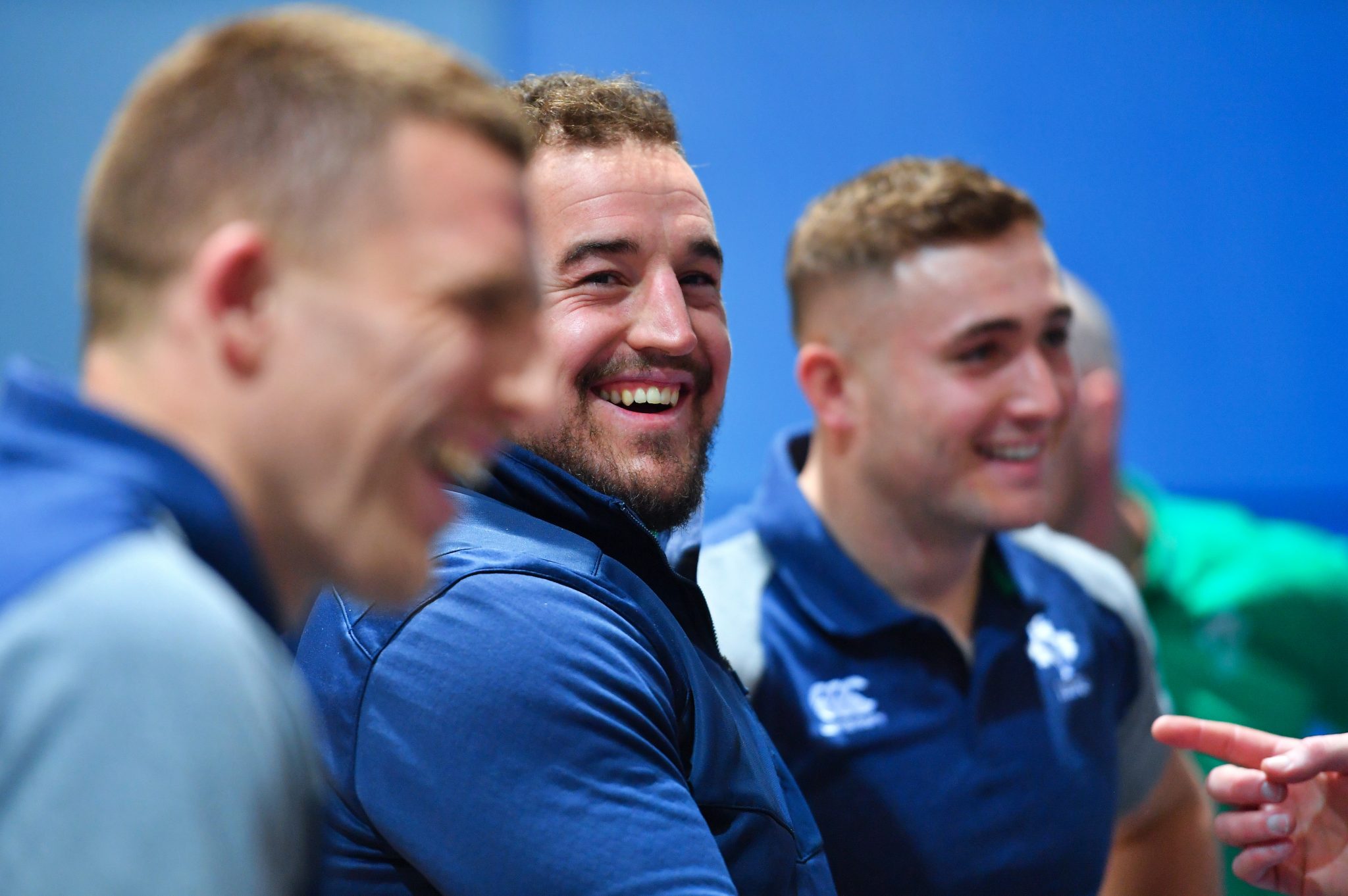 END_OF_DOCUMENT_TOKEN_TO_BE_REPLACED

Despite the early World Cup form of Larmour and Conway, neither of them were in the starting XV for Ireland's World Cup exit to New Zealand. Herring missed out on the initial squad entirely and only flew out to Japan as injury cover when Sean Cronin hurt his neck.

Larmour has been the brightest spark in the Irish backline over the course of the opening two Guinness Six Nations games while Conway - dependable but under-used against Scotland - outshone him against the Welsh. Herring's lineout throwing has been excellent, his scrummaging much improved against Wales and he has heaved himself about the park in both games.

"Ireland got a lot of unfair criticism after the Scottish game," says Flannery, "and Scotland were well up for it.

"When the weather was really good at the start, I actually thought Wales were going to beat them. But Ireland were excellent. They had good set-piece base and they just looked really fluid. They had good continuity there.

"Robbie Henshaw was getting his hands free, early doors. I thought Larmour coming into it is... he's been really, really good. Because Rob Kearney has been the staple 15 for so long, he kinda [fills] a bit of a void there. It's the same with Rob Herring, with Rory leaving. I think Rob had another good game. CJ was obviously outstanding, Conway was excellent."

END_OF_DOCUMENT_TOKEN_TO_BE_REPLACED

Trimble feels that the opening two victories of the championship, and the way all three men have played, augurs well for the upcoming Triple Crown decider against England in London.

"These guys," Trimble says, "for the first time, they're nailing down a spot and they're walking into selection thinking, 'It's very likely I'm going to be selected next week'.

"So they're growing in confidence, and I would imagine there'll be even more confidence, albeit away to Twickenham. But it's nice to see people grow into their position and grow as the tournament goes on. And, as you say, because we've been so used to other guys for so long now we're getting all this fresh exposure to all this talent and ability that we've never really seen.

"We're seeing the best version of them as they grow. Conway in particular, I think he was unbelievable at the weekend. And, again, if you were to create a highlights reel, it would all be basic stuff but he didn't put a foot wrong. Tackled really well. Chased really hard, carried well, the little kicks in behind. Everything he did was perfect. But, again, there was no Charles Piutau about it, there was no Dan Carter... you know what I mean? There was no X factor but it was all just really measured and really well executed basics."

Flannery believes a lot of the Ireland squad have taken the momentum provided by Ulster and Leinster this season, are buoyed by a handful of Munster players with points to prove, and are being well coached by Farrell.

It is still early doors but we should know more about the latest incarnation of Ireland after the Twickenham clash on February 23.