"Come down to Leinster and if you go to watch training, every day, you'll see lots of incidences like that."

Johnny Sexton has a reputation as a driver of high standards, and someone that is as hard on himself as he is when it comes to teammates. Over the years, there have been plenty of tongue-lashings delivered.

On a House of Rugby episode, earlier this year, Sean O'Brien recalled training and playing with Sexton and Dan Biggar on the 2017 Lions tour to New Zealand.

"It was funny," he said, "because himself and Johnny would, obviously, have had a rattle at each other, lots of times on the pitch, and gave each other a few verbals... It was hilarious. We had these two grumpy f***s roaring and shouting at you, at training. Giving you these devil eyes and basically looking at you, and going, 'Don't do that again. That's s**t!'

"And when you get them outside, off the pitch, you have great craic with them. The two boys were like two peas in a pod, going around and bossing us around the place."

END_OF_DOCUMENT_TOKEN_TO_BE_REPLACED

O'Brien and Sexton are both from that tough-love background at Leinster. It must be noted, though, that such an approach does not work for everyone. Sexton himself, speaking at a press event for MACE, acknowledges that.

During the summer, Ulster scrumhalf John Cooney spoke with reporters about a hard stretch he endured when he was trying to break through at Leinster. He commented:

"When I first started playing with Leinster I did find it quite difficult with the way he kind of spoke to me. We did play a bit with Ireland. I don’t know, I won’t really expand on that too much.

"It’s not really the type of communication I enjoy as a rugby player. I prefer the positive attitude." 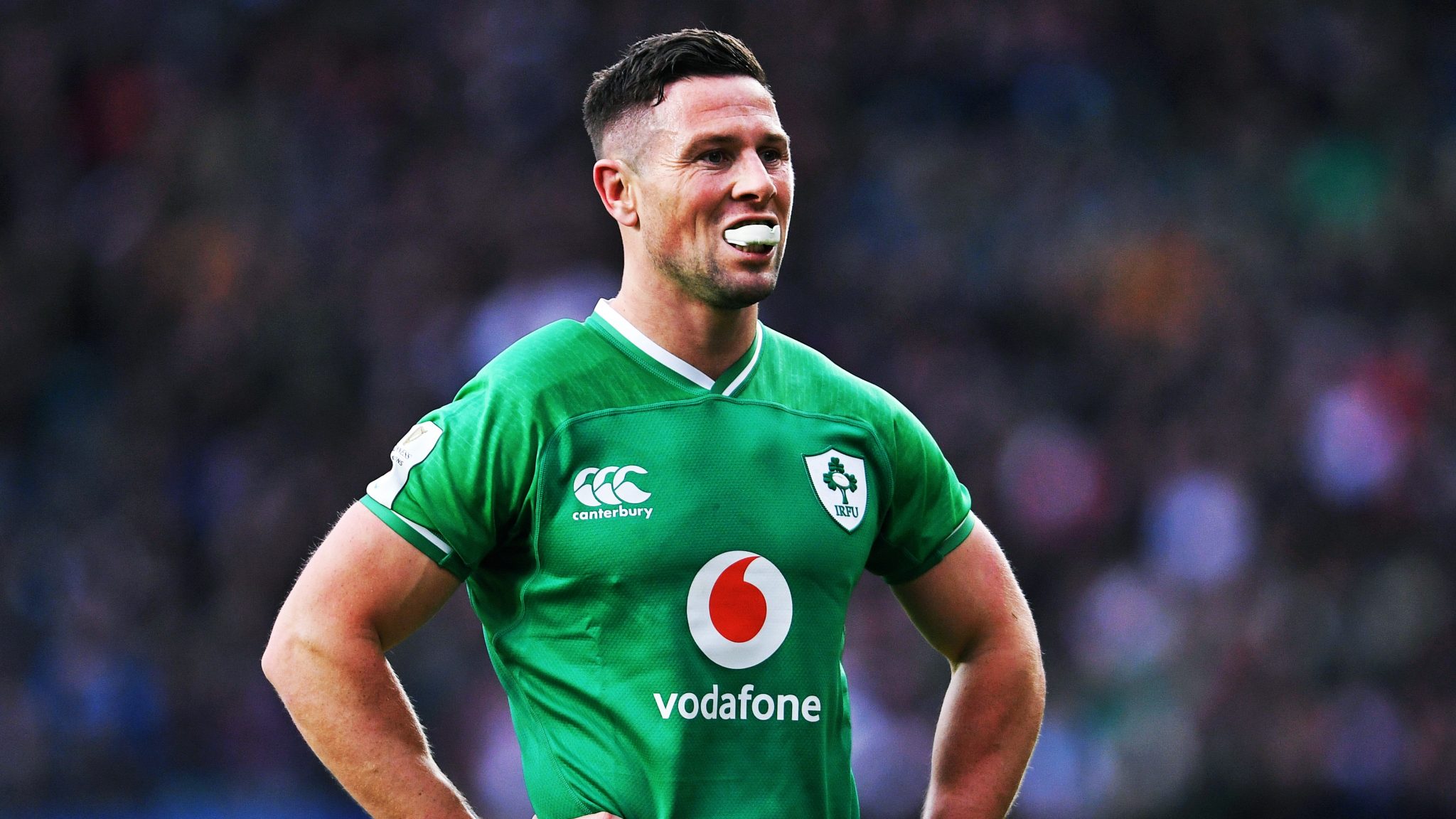 END_OF_DOCUMENT_TOKEN_TO_BE_REPLACED

Cooney's comments were put to Sexton, today. The Leinster and Ireland outhalf seemed well aware of them.

Asked if he could understand where Cooney, with whom he won a European Cup and league title with, was coming from, Sexton replied, "Yeah, maybe. Yeah." He continued:

"You encounter different personalities all the time, and some are very different to you. And you have to try and adapt yourself, too. Sometimes things happen in the heat of the moment of battle.

"How you speak to someone off the pitch, and in and around the environment, and training, I don't think I would have ever done anything there.

"But, again, I don't want to comment too much. I've never talked about other players in the media. If I have something to say to someone, I just say it to their face.

"But, yeah, sometimes you're not for everybody. But, again, that's life. I don't have any feelings towards it, really."

END_OF_DOCUMENT_TOKEN_TO_BE_REPLACED

The next question posed to Sexton was about how he has grown as a leader, and lessons learned over the years. Perhaps that Cooney question was still playing on his mind.

"You've got to be true to yourself," he responded, "but you need to realise that there's some other players that aren't the same as you.

"And to be a good leader, you need to try and adapt yourself. I've tried to do that over the last number of years. Sometimes you fall into bad habits. Sometimes you let yourself down. I think the most important thing is, you realise and you make the effort to do it.

"But, again, you're talking about professional rugby. In the heat of the moment, you're all striving for the same thing and sometimes tempers boil over. It's not always me, but I've seen it in other players. It shows that you care, you all want to win, and you're all doing what it takes.

"Come down to Leinster and if you go to watch training, every day, you'll see lots of incidences like that. Like I said, our environment isn't for everyone, but once you're trying to make it better, that's the most important thing."

As for his own future with Leinster, Sexton says he is trying not to look too far down the tracks. He has signed a one-season deal with his home province and says he will see where he stands next Spring.

"I've thought about whether this will be my last year or not," he said. "Like I've said, post-Six Nations next year is probably when I'll go, 'Okay, how much rugby have I managed to get through this year? How have I played? Am I still getting picked? Do Leinster and Ireland still want me?' There's so many things to consider.

"At that point, I'll weigh everything up. But, like I said, you can finish on an injury. You can't plan too far ahead, as I found out at the back-end of last year. I'm just trying to make the most of it, at the moment, and enjoy every bit of it." 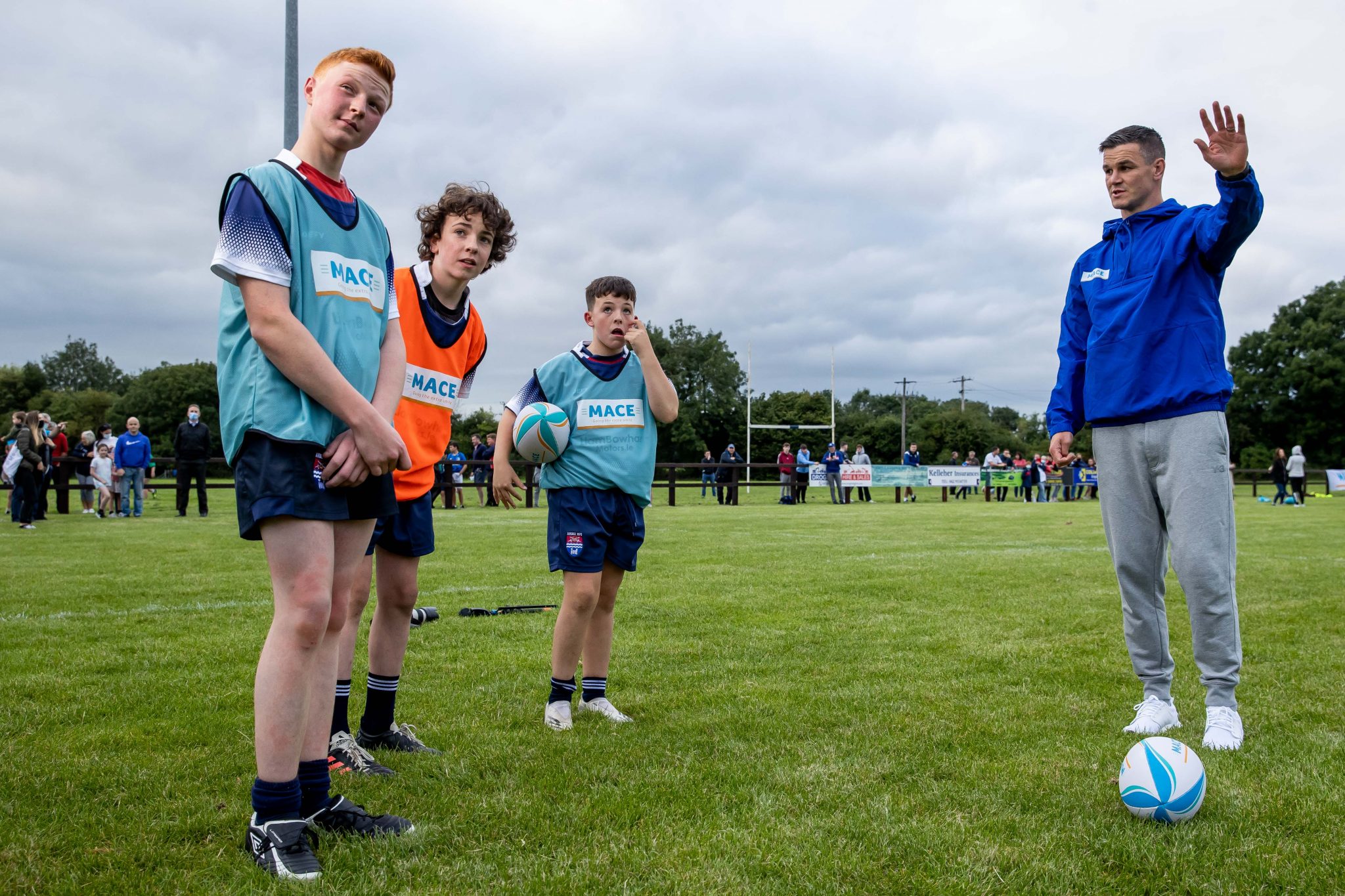 Pictured is MACE Brand Ambassador and Ireland and Leinster Rugby star Jonathan Sexton, training with the Ardee RFC U14 team on Tuesday. They were selected from the thousands of entries received from all over Ireland in an exclusive MACE competition for the opportunity to win the “money-can’t-buy” training session with the Ireland captain.
Advertisement


popular
Javier Hernandez offers to play for Manchester United for free
Mario Balotelli, Luis Suarez, Fernando Torres and why Rio Ferdinand "hated them"
"I remember just hugging this Irish guy" - How one Kiwi rugby star reacted to Ireland's historic series win
"I don’t trust you" - Joey Barton delivers brutal dismissal of Irish defender
Down county football is in tatters, but Conor Laverty is the man to piece it back together
"I'll ask for everyone that comes to the game to wear purple and roots for us" - Pat Fitzgerald
Gatecrashed interviews and chip-shop previews - Wexford GAA's online coverage sets the standard
You may also like
1 week ago
“My confidence was on the deck" - Aaron Connolly explains why he has made the move to Italy
2 weeks ago
Every Irish transfer in football, this summer, as several big deals get done
2 weeks ago
Six Irish players make damn impressive 'World XV' that would take some beating
3 weeks ago
The frontrunners for Ireland's 33-man squad for the 2023 World Cup
3 weeks ago
All Blacks media manager explains why Ian Foster appearance was cancelled after Ireland defeat
3 weeks ago
Warren Gatland selects nine Irish players in his strongest Lions XV, right now
Next Page