"Boys, just to cheer you up a bit, Ireland beat England!"

Sean O'Brien was just about the only one in tip-top form as Welsh stars Dan Biggar and Jonathan Davies joined House of Rugby host Lee McKenzie on the latest show.

O'Brien was still buzzing from watching Ireland's emphatic 32-18 victory over England as both sides wrapped up their Six Nations campaigns. Wales followed on from that, and Scotland's record win over Italy, and were all set for a Grand Slam triumph until Brice Dulin's late try broke their hearts.

While Davies was attempting to be diplomatic, Biggar declared his side had been hard done-by with a penalty try call that was not awarded to them, and which would have put the tie to bed.

Wales could yet finish the championship as winners, on Friday night. To stay atop the standings, they will need France to not defeat Scotland by more than 20 points while scoring four tries in the process. Not taking any risks, Davies joked that he will be wearing a tartan kilt as he watches the game.

Both Welsh stars, and several of their compatriots, have still shown enough in the Six Nations to stake hefty claims for spots in the 2021 British & Irish Lions squad. Biggar is hoping to be selected and is on course to be reunited with his old foe, and Lions drinking buddy, Johnny Sexton. 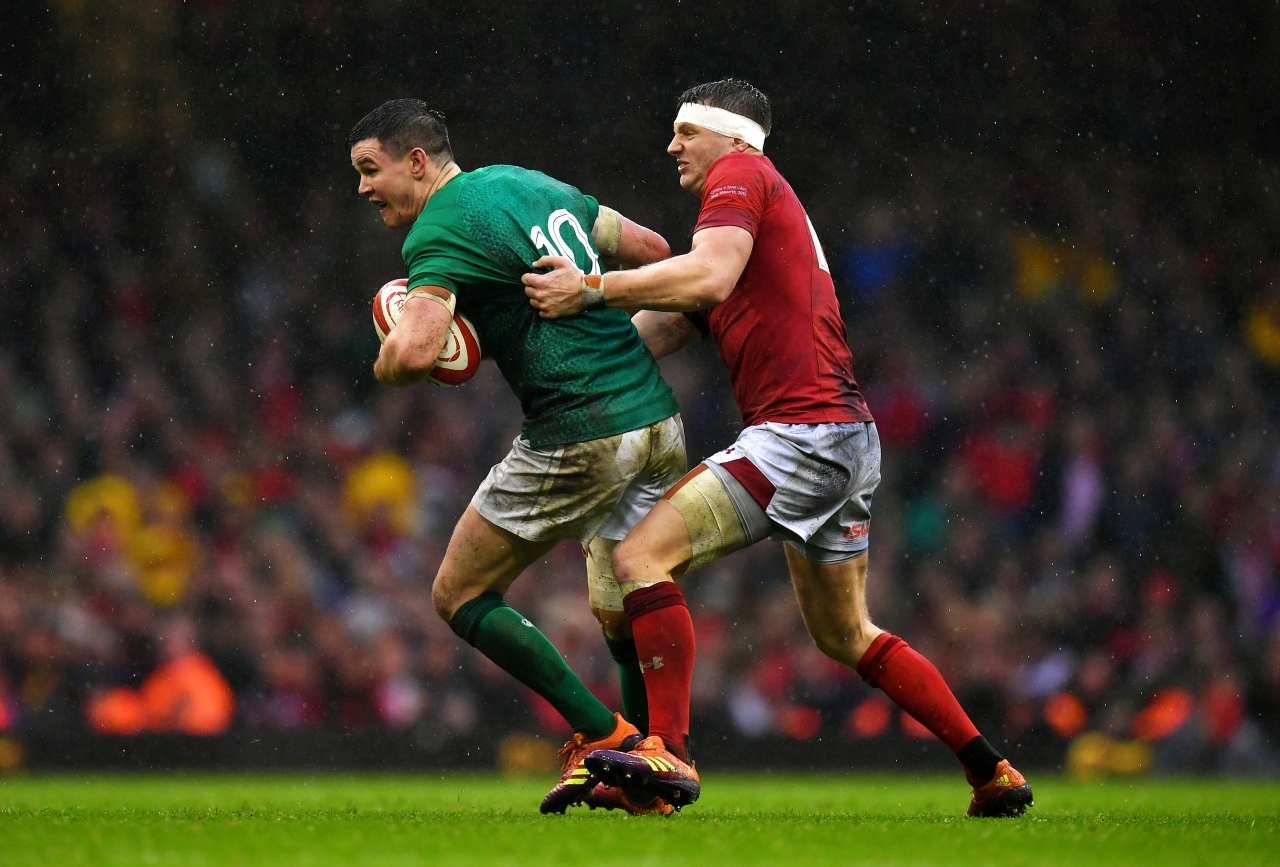 Jonathan Sexton is tackled by Dan Biggar during a Six Nations match at the Principality Stadium in 2019. (Photo by Dan Mullan/Getty Images)

As their countries leading out-halves for the past decade, Biggar and Sexton have had plenty of clashes over the years, when lining out for club and country.

They roomed together for a few days on the 2017 tour and the Welshman remarked that they shared 'the narkiest room in the hotel'. In 2019, when Wales beat Ireland in Cardiff, on their way to a Grand Slam, Sexton was "fuming" when he felt Biggar, in his opinion, tried to trick the referee about him not being offside when he intercept his pass and almost ran in a try.

All those past battles were washed away, Davies and O'Brien recalled, when they went out together on a couple of Lions social outings.

"Dan's very good as a tourist, to be fair," said O'Brien.

"It was funny because himself and Johnny would, obviously, have had a rattle at each other, lots of times on the pitch, and gave each other a few verbals. But they were actually the best of friends when we got on the piss!

"It was hilarious. We had these two grumpy f***s roaring and shouting at you, at training. Giving you these devil eyes and basically looking at you, and going, 'Don't do that again. That's s**t!'

"And when you get them outside, off the pitch, you have great craic with them. The two boys were like two peas in a pod, going around and bossing us around the place."

"I was just looking for tips off Johnny," Biggar responded, "about how to call people s**t and really re-enforce it. We talked it out!"

O'Brien recalled a wild trip the 2017 Lions - including himself, Davies, Biggar and Sexton - hit up a vineyard to celebrate that drawn series with the All Blacks.

"Yourself and Johnny were best friends and John Spencer, the team manager, at the end of the table with no top on!

"I think he ended up with my t-shirt on," says Biggar. "I had his Lions top on and he was left in the t-shirt."

Such is the form of Sexton and Biggar that both should make the final Lions squad when Gatland announces it in May. If they are both touring, the rest of the squad best be prepared to get a verbal stripping in training.