"You're a Frenchman? Typical"

Johnny Sexton was in good form at the 2023 Six Nations launch in London, earlier this week, but was not having one line of questioning from a French reporter.

The Ireland captain has yet to play for Leinster since going for a 'procedure' to fix a cheek injured in a home win over Connacht, in early January. His next foray onto a rugby pitch may be in Cardiff, against Wales, in the Six Nations opener. 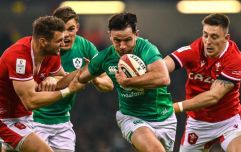 END_OF_DOCUMENT_TOKEN_TO_BE_REPLACED

Sexton spoke well on a new Netflix documentary on the championship, and his team's ambitions during this World Cup year. However, when an RMC reporter suggested that Ireland, as World No.1, should be considered Six Nations "true favourites" ahead of 2022 Grand Slam winners France, Sexton responded:

"You're a Frenchman? Typical!

"No I don't think that's the case since France achieved all they wanted to achieve, last year. They beat us. I'm not sure about being number one in the world when you've been beaten by number two. The records are strange. They've got a home World Cup, as well, so they'll be the team to beat."

Pressed on Ireland vs. France being a potential championship decider, in round two, Sexton pointed out that going away to face a Wales side that will be eager to impress Warren Gatland is something his team cannot look beyond.

On the latest House of Rugby [LISTEN from 63:15 below], Ireland's backline for the Six Nations was debated. Meanwhile, Johnny Sexton gave his take on having Munster's Jack Crowley as a new rival for his long-held No.10 jersey. 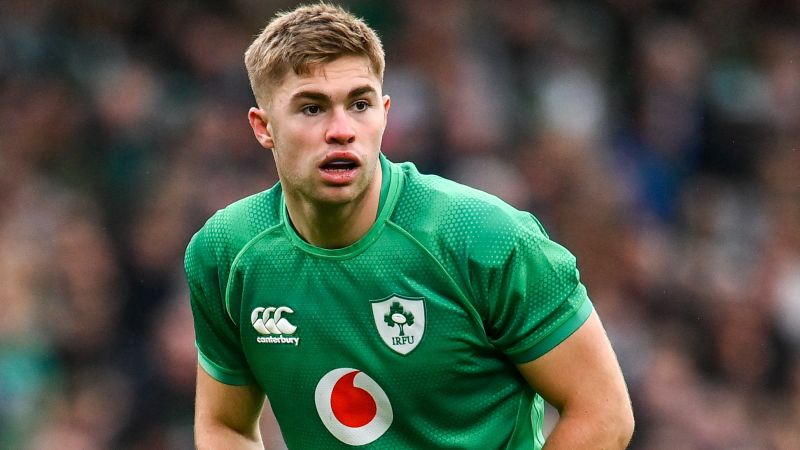 Jack Crowley pictured during the Bank of Ireland Nations Series match between Ireland and Fiji at the Aviva Stadium. (Photo by Seb Daly/Sportsfile)
Advertisement

END_OF_DOCUMENT_TOKEN_TO_BE_REPLACED

Back in the Bank of Ireland Nations Series, Johnny Sexton was set to start the final of the three November Test matches when he was a late withdrawal.

Munster outhalf Jack Crowley was promoted to the starting 10 spot at such later notice that he had to borrow Sexton's match jersey for the occasion. He did not flinch in the role and both he and Ross Byrne emerged with credit, and confidence, after a gripping Ireland win.

"He's been excellent," says Sexton. "He didn't give me that jersey back!

"It's a good story. He's getting his first start and he has my name on his jersey. You couldn't write it!

"He's showed really well at Munster this season, playing 10, 12 and 15. He's played well in all positions. That's the sort of versatility that can be a good thing. It could also be very frustrating, as he wants to play more at 10. But, look, he's done really well and is a good addition to the squad."

Ireland and France are rugby's leading lights, at present, with both sides tipped to do well again in 2023.

Asked if there is a "gap between the northern and southern hemispheres", Sexton reminds everyone that World Cup are often the best measuring stick.