"We just need to stick together."

Asked at today's press briefing, at the IRFU High Performance Centre, where Ireland can improve from their last game out [a 35-27 loss to France], captain Johnny Sexton remarks, "Where do we start? Everything really."

We are nine days removed from that Irish defeat and Sexton is still fielding questions about his visible harrumphing as he left the field of play at Stade de France. He delivered a sorry, not sorry response (sorry to Andy Farrell and his teammates but not sorry to the wider world) last Thursday and is eager to put that to bed.

"Look," he says, "I had good chats with the management and stuff and I explained this last week so I’d rather we didn’t discuss it too much further."

When you do look back at the footage, it was getting his face plastered up on the big screen as he was subbed off that appeared to piss him off most. He reckons many in France still have it in for him after his good but not great stint at Racing 92.

While the Autumn Nations Cup provides an immediate distraction from missing out on a Guinness Six Nations title, Sexton is more focused on his team hitting a consistently high level of performance than targeting silverware. If the that happens, it should look after the newly minted trophy.

"We'd have liked to have improved our performance levels and be consistent," he says.

"We're trying just to focus on 2020 because it's a new team and a new coach, as we've said before, so we've tried to just focus on this campaign. We've had some great performances, we've had some average and we had a poor one, obviously, over in Twickenham, especially in the first half.

"It's about improving our consistency over the next four games and making sure our performance levels improve from last week, and then stays at a high level for week on week. We don't want to go with a massive performance then massive dip - up and down - we need to get that level of consistency. Sometimes that can come with being together a while.

"You know, you look at the last Irish team under Joe and it took us a while to get that consistency. Then, over a few years, we were really consistent in winning four out of five in the Six Nations and winning that Grand Slam.

"We can get there. We know we can. We've got people in our team and people in our backroom staff, the coaches, that are top-class coaches and top-class people. We just need to stick together. Like I said, the Six Nations was a start for us and not a drag-over from the previous campaign." 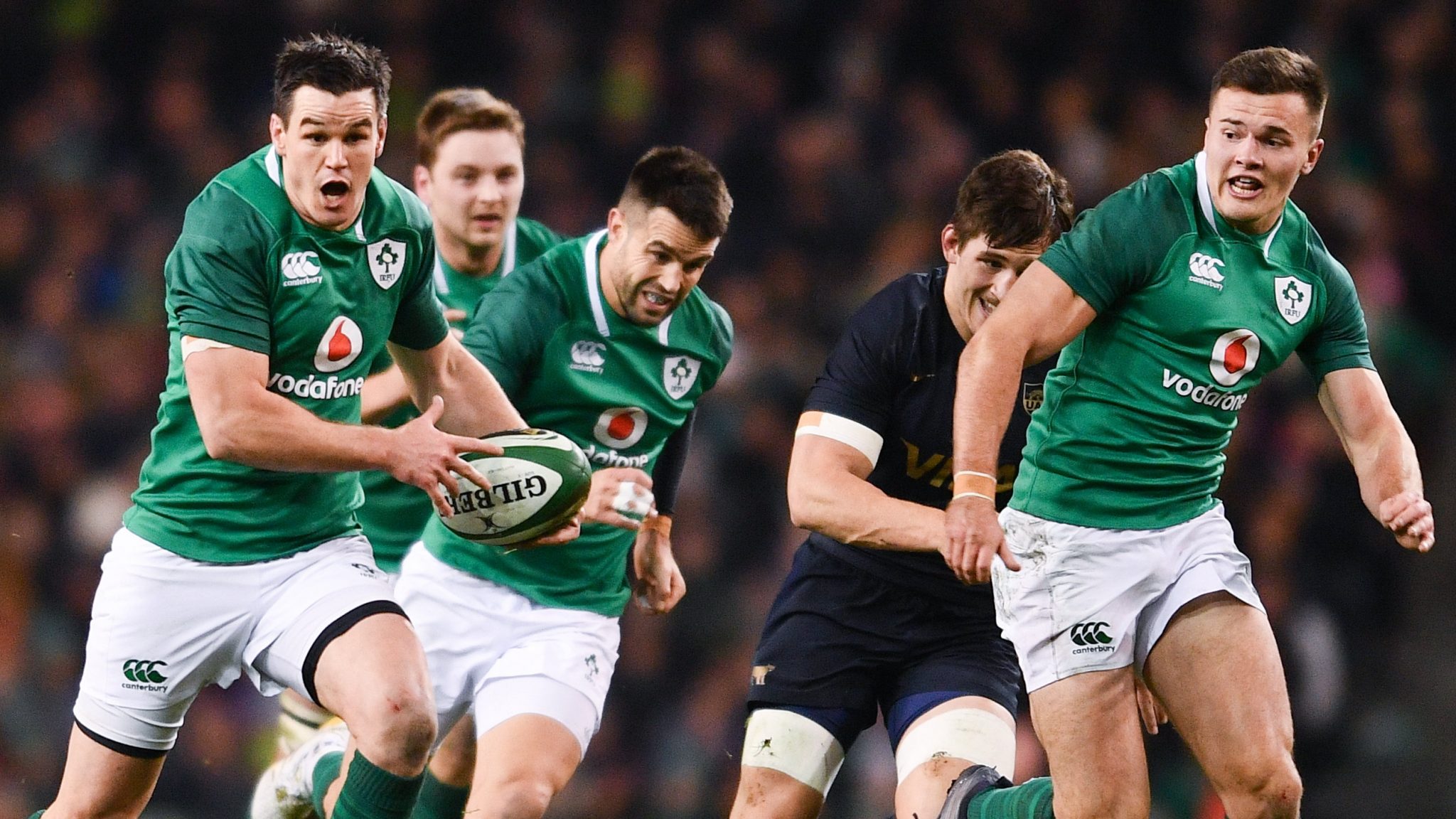 While many Irish players failed to fire in Paris, Sexton (for his reaction to being subbed off and for turning down a kickable penalty before half-time) and Jacob Stockdale took the brunt of the post-match analysis, opinions and, from some fronts, ire.

Sexton and Stockdale have often been seen, and heard, having disagreements on the pitch but the captain does rate the young Ulster star highly. He is backing him to put his Parisian woes behind him when Wales come to play, on Friday.

"I spoke to Jacob a couple of days ago and he's been in good form. Obviously, last week was tough for a lot of guys; for everyone, really. We went into a big game and we didn't perform, as a team, to the level we wanted. So it was a tough week, last week, and guys were down. The guys have bounced back really well.

"I spoke to him. He's a great guy, Jacob, and he knows that some of the [attacking] mistakes he made on the day, you capitalise them... there was one time he made a great line-break and the ball just slipped out of his hand. It was a bar of soap. There was another one where the ball was fired at his feet and he knocked on. Those type of things, he'll get them the next day.

"We just need him to keep being himself, because we saw what he can do against Italy. You've seen what he can do at fullback, especially with Ulster, over the season. I remember a couple of years ago playing the (Champions Cup) quarter final with Leinster and he was probably the best player on the pitch that day. Outstanding in the air. Attacking. So he's kept his confidence, I think, and we're looking forward to seeing his best on Friday."

END_OF_DOCUMENT_TOKEN_TO_BE_REPLACED

Wales, themselves, are having issues of their own right now. Aside from a series of backroom resignations in the WRU, head coach Wayne Pivac has moved on defence coach Byron Hayward after his team shipped 16 tries in their last five games.

Gethin Jenkins is filling in as interim defence coach but could do his own job prospects will if Wales can frustrate the Irish attack of Sexton, Stockdale & Co.