You'd have to have your eyes peeled for this one.

Rugby players themselves are as smart as they come with cheeky moves, blocks and actions that can have a massive impact on the game.

A great example of that was the Conor Murray try that got the Lions level at 21-21 before Owen Farrell kicked them to victory over New Zealand.

END_OF_DOCUMENT_TOKEN_TO_BE_REPLACED

On first viewing, the try comes about from Jamie George making a line break after a smart Johnny Sexton pass, then Murray arriving at the scene, faking a pass and pinning his ears back.

Take another look and both Sexton and Owen Farrell play crucial roles in making that gap a little bit wider for Murray to burst through.

Sexton is looking for the offload for a canter-in try but his work does not finish when George goes to ground. He will later block Ardie Savea off. Farrell, meanwhile, will take care of TJ Perenara: 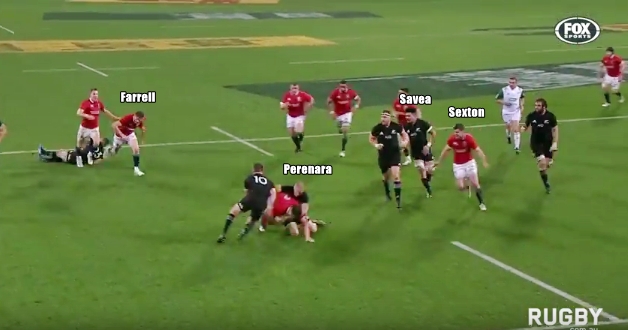 With Jack McGrath and Farrell clearing out, Murray makes the feint to his right. Sexton [circled below] steps ever so slightly into Savea's path: 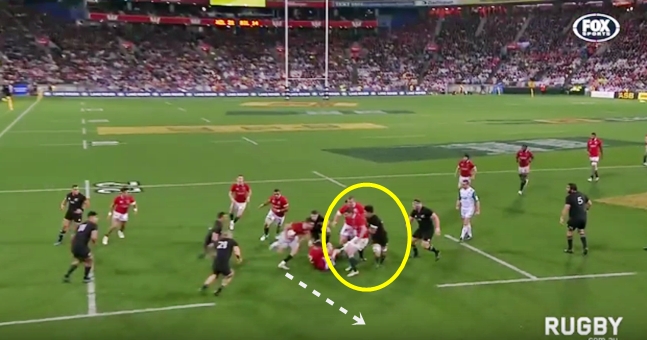 Perenara has shaken Farrell off his ankle but, in doing so, is too far to his left. By the time he and Savea reach Murray he has only two metres to go to the tryline. 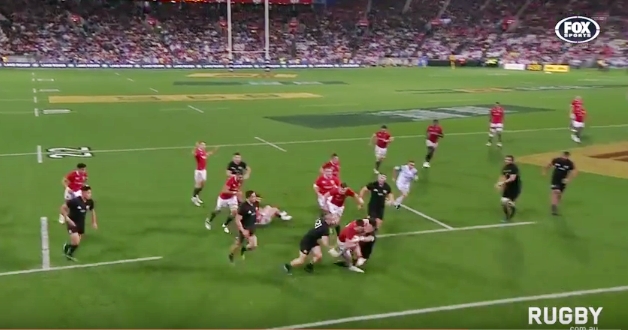 His momentum carries him over and the Lions are 19-21 behind. Farrell nails the conversion from a narrow angle and all the momentum is with the tourists. 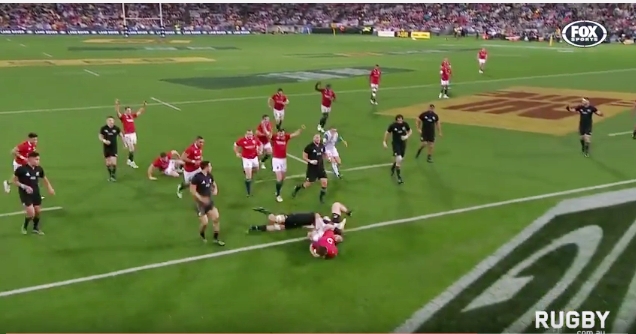 Here's how the whole play unfolded:

We're not sure what the Kiwis would make of it - and Perenara was complaining at the time - but Lions fans will love it.

It's the little, canny plays that can often make the difference.


popular
"I went up to the Italians and gave them a big auld shoulder" - Paul O'Donovan does it again
Wexford, Waterford and Kilkenny down some good men as Australia calls
Wexford Under-20 lights it up as Ferns win their first ever county title
Man United have 'decided to sell' promising midfielder James Garner
Graeme Souness under fire for calling football a ‘man’s game' while sat with Karen Carney
Luke Chadwick recalls furious Alex Ferguson reaction when he rejected loan move
Erik ten Hag's training ground punishment for Man United shows there may be hope yet
You may also like
3 years ago
James Haskell's first Lions Tour encounter with Tadhg Furlong was certainly unforgettable
4 years ago
Garry Ringrose only needed two games to expose regrettable Warren Gatland decision
4 years ago
Warren Gatland reveals concerns about Fields of Athenry before Lions Tour
4 years ago
Ben Te'o was rightly livid after some sneaky jersey swapping on the Lions Tour
4 years ago
Two Ireland stars included in French outlet's Team of the Year
4 years ago
2017 ended the debate about Johnny Sexton being Ireland's greatest outhalf
Next Page