Ireland's in-form scrumhalf ready to burst from the shadows

One of the first to be cut from Joe Schmidt's Ireland squad, this summer, John Cooney went back to where he was truly wanted.

Heading into the summer, Cooney turned 29 and would have been aware that his chances of playing in a World Cup had a lot weighing on him making it to Japan.

In the end, Cooney came close but nowhere near close enough for his liking.

By the time Joe Schmidt named his final, 31-man squad, the big scrumhalf debate was over Luke McGrath edging Kieran Marmion out. Cooney was already back at Ulster and preparing for the new season with Dan McFarland and his coaching staff.

Having made his Leinster debut at 21 and his European debut in the 2012 Heineken Cup final win over Ulster, eight months later, Cooney looked to be on a rapid path to success. He would have been hoping to push on in 2012/13 but was restricted to 13 appearances (four starts) and the following season saw him drift out of the picture even more.

Connacht rescued him from the morass and he repaid them with two excellent seasons that saw him occasionally cover outhalf, take crucial kicks at goal and help them to a PRO12 title in 2016. 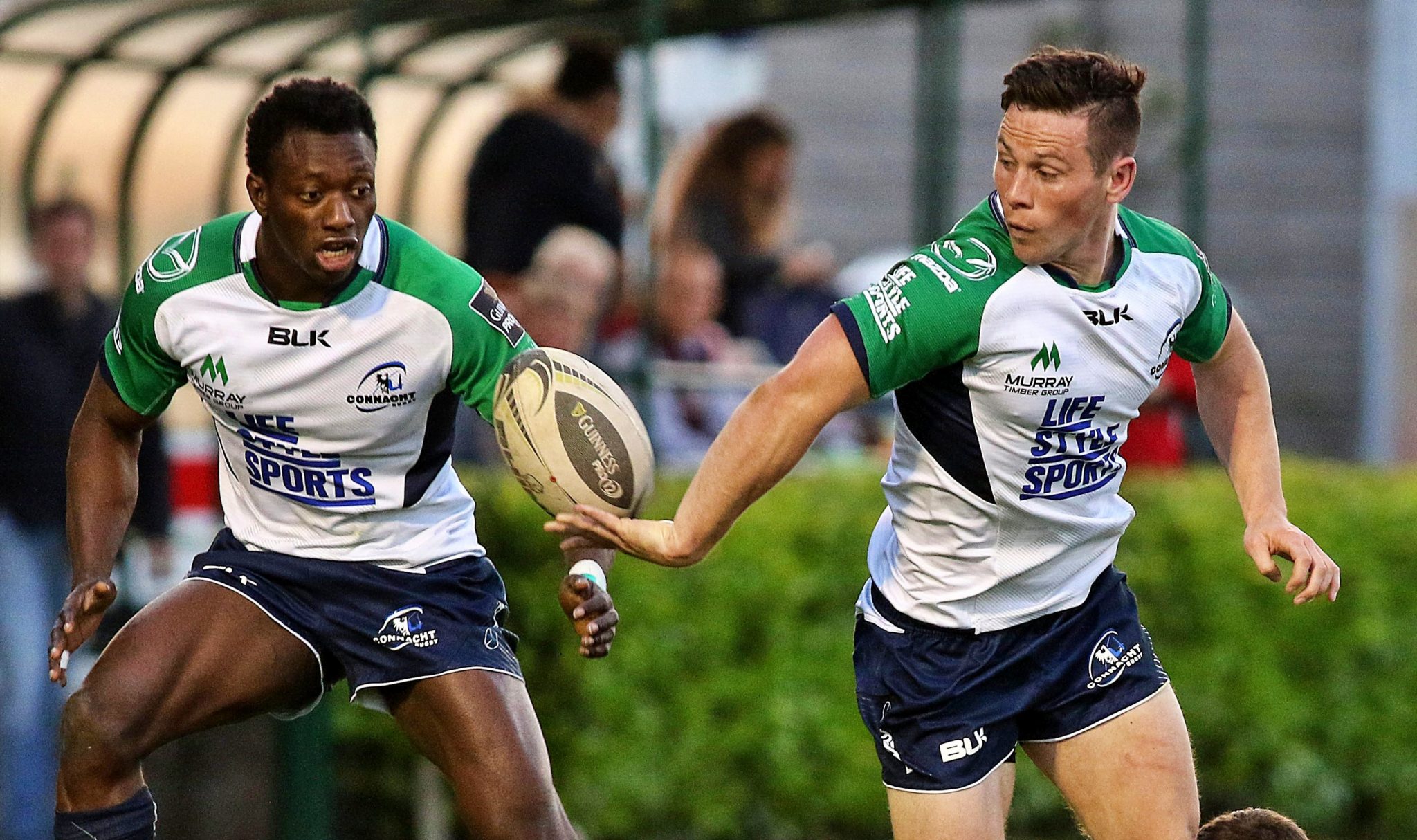 Still, it would be another year before Joe Schmidt handed him his Test debut and another year before he made his second Ireland appearance. There were six more outings since then but only one start (against the USA in 2018). Both Connacht and Ulster fans, having seen him week-in, week-out, were perplexed by his continued omissions but Schmidt had his favourites.

And so Cooney missed out on Japan, and another World Cup, but he has got straight back to work and kept busy. He has played in all seven of Ulster's games this season (starting six times), scored three tries and picked up a couple more man of the match awards.

On the latest episode of Baz & Andrew's House of Rugby, Barry Murphy, Andrew Trimble and Jerry Flannery looked back on Ulster's superb Champions Cup start and spoke of Cooney's influence within the team. 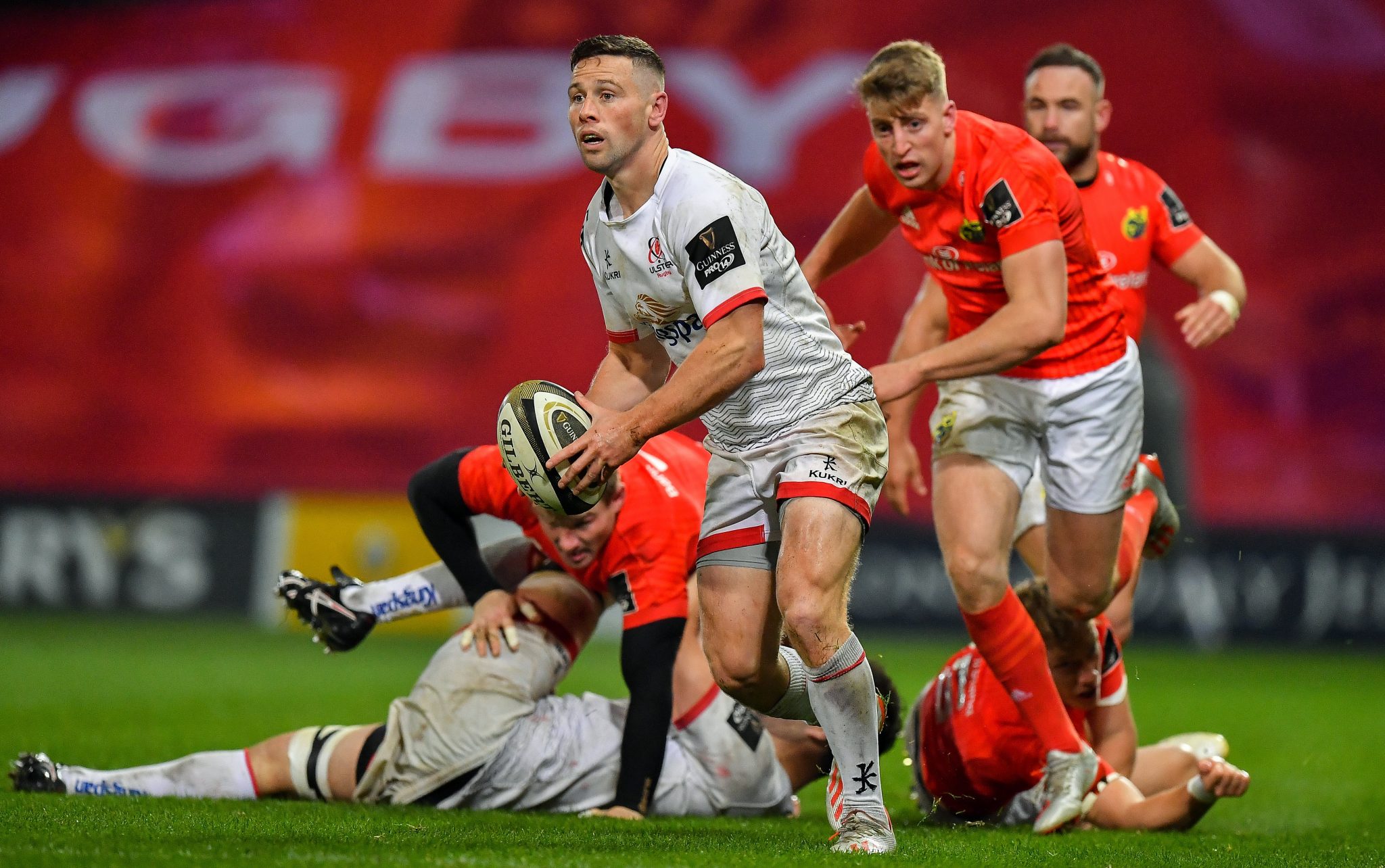 "Ulster dug in and they showed a lot of character," said Trimble. "They didn't have a lot of ball but they were pretty clinical when they did get it. They turned a lot of ball over too, but they just couldn't hold onto it.

"They looked really dangerous in their phase play and the set-piece was really good. It was a bit of a concern with Marty Moore going off and Jack McGrath going off with his thumb injury. Eric O'Sullivan came on for him and was solid. He did exactly what he did all last season. Alan O'Connor, who came on for Sam Carter, was brilliant... Marcell Coetzee was ridiculous."

"Cooney's try was crucial," Trimble added. "He's just producing the goods every time he goes out there."

On Friday, Ulster must juggle their squad again to cope with injuries as Clermont Auvergne come to Belfast for another high stakes Champions Cup encounter. Cooney will be there, No.9 on his back, calling the shots and backing himself to make the big plays.

For Cooney, the change from Joe Schmidt to Andy Farrell as head coach of the national team may represent a change in Irish tactics, personnel, and a fresh start. A chance to come out of the shadows.

END_OF_DOCUMENT_TOKEN_TO_BE_REPLACED

Barry Murphy and Andrew Trimble are joined by Jerry Flannery in the House of Rugby studio to look back on a winning weekend of Champions Cup rugby, and the form of Jack Carty and Robin Copeland.