The Ulster scrumhalf will be itching for this one.

Cooney has been in excellent form for Connacht and Ulster over the past three seasons and fans of both provinces have been clamouring for his international recognition.

The 28-year-old travelled to Australia, last summer, but only got three minutes off the bench in the Melbourne. November saw him deputise for Leinster's Luke McGrath at Soldier Field and start his first Test match, against the USA, three weeks later. He has come off the bench in two 2019 Guinness Six Nations matches and scored a consolation try in the opening round loss to England.

Kieran Marmion returned to action for Connacht at the weekend but it appears that Joe Schmidt will keep faith in Cooney and Conor Murray for the Italy game. On the latest episode of Baz & Andrew's House of Rugby (from 31:00 below) Marmion said he was expecting to be playing Glasgow Warriors this weekend. 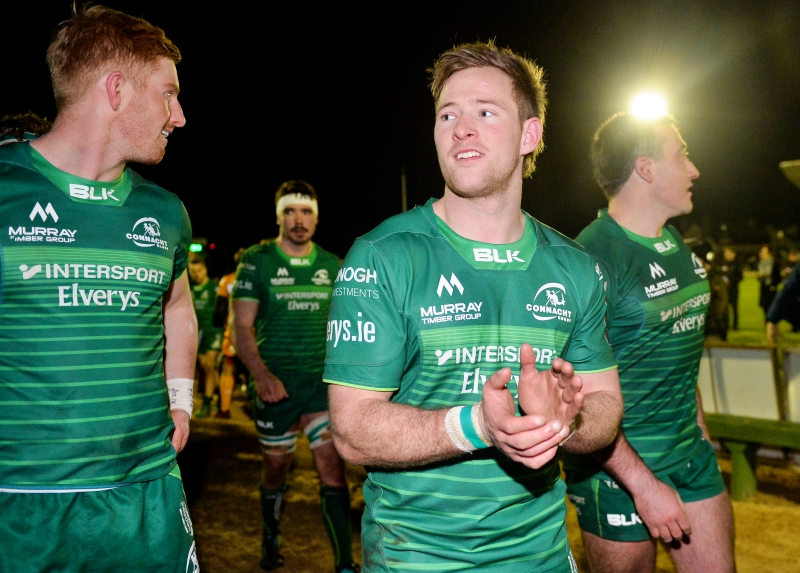 END_OF_DOCUMENT_TOKEN_TO_BE_REPLACED

"It was good to get back," said Marmion. "Good to get 25 minutes under the belt and great to get back out on the pitch. The lungs were a bit sore afterwards but I was kind of expecting that."

Ireland assemble at Carton House ahead of round three of the championship on Monday evening and that squad will be confirmed on Tuesday morning. Many expected Marmion to be included, especially as he started the November wins over Argentina and New Zealand. However, the No.9 said:

"Connacht have Glasgow up next and the next few games will be key in terms of where we end up this season. It's a big block for us. We're away to Glasgow and that is a game we'll target. They'll be missing a good portion of their squad to the Six Nations and that is a game we lost by just a point last season."

He continued, "I'll probably get a bit of game-time with Connacht and, I guess, I've got to put in some good performances to get back in there [with Ireland]. This weekend, I'll be looking to get more minutes under my belt and and see how that goes. Hopefully, if I can perform well then I can put my hand up to get back in there."

Marmion, then, looks to be on Connacht duty this weekend. He may be called up to Kildare for a training session but Schmidt is set to stick with Murray, Cooney and even Caolin Blade as his scrum-halves.

The order of who starts and who covers from the bench, at Stadio Olimpico, is another matter.


popular
James Haskell on text exchange with Peter O'Mahony after Ireland's victory over Scotland
The SportsJOE 12 o'clock quiz | Day 103
Fines and suspensions in Tipperary after stewards enquiry
"The academy boys have turned into small monsters over the past few weeks" - Peter O'Mahony
Can you name the first clubs these players went to after leaving Celtic?
SportsJOE 2000s Football Quiz | Round 8
"I have more work done than any player in Ireland" - The Trevor Giles tribute show
You may also like
1 day ago
Baz & Andrew's House of Rugby - Keith Earls joins us for Season Two finalé
4 days ago
"Having one of the best in the world to emulate has been really good"
4 days ago
QUIZ: How well do you know Paul McGrath's football career?
5 days ago
"I'm so proud of the opportunities Ireland gave me and of the woman I am today" - Linda Djougang
5 days ago
"As a team, we’re ready to take a trophy home now" - Craig Casey
1 week ago
The brutal training drill every rugby pro has to get through this week
Next Page