"It could have been another path for me, but I'm pretty glad with the one that I've taken."

Many Irish supporters were eagerly awaiting the announcement, this morning, of the Ireland team to face Russia. With Joe Schmidt set to ring the changes and Ireland chasing try-scoring bonus points, this was surely a chance for Joey Carbery to start at 10 or even 15.

Instead, when Schmidt confirmed his matchday squad, it was Carbery left on the bench to cover scrumhalf and midfield.

END_OF_DOCUMENT_TOKEN_TO_BE_REPLACED

Having been tipped in advance of Japan 2019 as a player to watch at this World Cup, Carbery is, barring injuries to senior players, unlikely to start any of Ireland's Pool A matches. Schmidt noted before the Scotland game that Carbery was training fully but he opted to go with Carty as bench cover.

Schmidt's original plan may have been to go with Johnny Sexton at 10 in the opening two games before handing Carbery a start against Russia. Sexton was dogged by a groin issue in the win over Scotland, ceding goal-kicking duties to Conor Murray before being subbed after Ireland had secured the try-scoring bonus point. 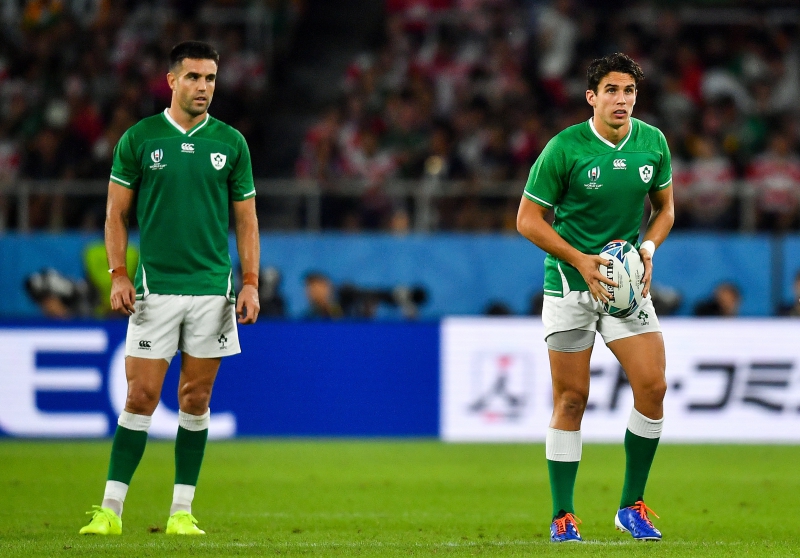 END_OF_DOCUMENT_TOKEN_TO_BE_REPLACED

Injuries, over the first two weeks, to Sexton, Robbie Henshaw, Bundee Aki and Chris Farrell have forced Schmidt's hand somewhat but Ireland would have been better served with Carbery starting at fullback rather than Rob Kearney, who failed a Head Injury Assessment on Sunday.

Had Carbery started in the 15 jersey it would have left a bench role up for grabs and this is where Conor Murray - the remaining fit backline player - could have slotted in.

As it stands, Carbery's primary role will be to deputise for Leinster scrumhalf Luke McGrath. Kieran Marmion and John Cooney [two scrum-halves cut from Ireland's wider World Cup training squad] will, no doubt, be watching on this Thursday with interest.

The 23-year-old has played scrumhalf - for Ardscoil na Tríonóide [schools rugby] and Leinster [underage] - and, in early 2018, he spoke with SportsJOE about his time in the 9 jersey.

"I enjoyed playing 9 but I much preferred playing 10 and having that bit more space, or even wider. It could have been a different path to me but I'm pretty happy with the one I'm on." 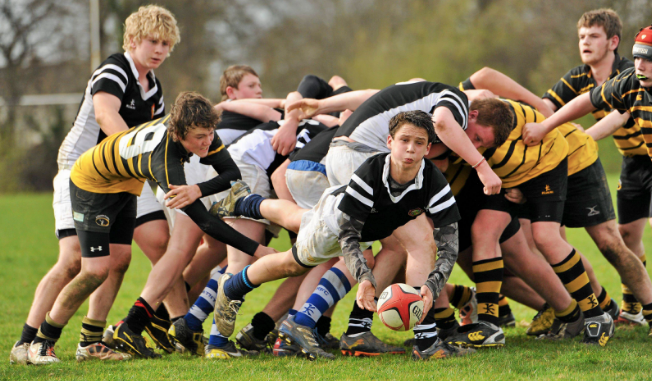 Playing at scrumhalf, said Carbery, gave him a greater appreciation of the role and honed his decision-making skills when under pressure.

"Playing scrumhalf does help with the passing," he added. "I would have done a good deal of work with my passing and you get a sense of the tempo of a game from. Then, from a 10's perspective, you can feel what's hard and tough and what's easy for the 9. You can always see from both perspectives."

With Jack Carty also on the Irish bench, Carbery's main watching brief will be McGrath but he may also be asked to step into midfield should Bundee Aki or Garry Ringrose pull up. Given that he was rehabbing from ankle surgery all the way up to the first week of the tournament, Carbery can not have spent too much time playing scrumhalf in training drills.

Schmidt will be banking on McGrath putting in a long shift - possibly even the full 80 - but having Carbery as cover is the gamble he took after selecting only two specialist scrum-halves. After a couple of other recent gambles failed, Schmidt will be hoping this one comes good.