"They will have the opportunity to push their case."

Many of the Ireland players that missed out on Ireland selection, today, will have known their fate before the rest of us did. Joey Carbery will have processed what the rest of us are reacting to now.

The impending departure of Ben Healy to Edinburgh looked to have settled the big 10 debates at Munster - it would be Jack Crowley and Joey Carbery duking it out and, when needed, the Cork native slotting in at inside centre.

END_OF_DOCUMENT_TOKEN_TO_BE_REPLACED

There was an Irish Times report on Wednesday evening, too, that suggested Andy Farrell would include both Munster players alongside Johnny Sexton and Ross Byrne in his squad for the opening rounds of the 2023 Six Nations.

Thursday morning's announcement nipped that in the bud. Farrell did refer to 'a few players carrying knocks' but there is no scheduled media duties for anyone involved in the Ireland set-up until next Monday's tournament launch in London. For now, we have to go to our sources and pore over the following two sentences from Farrell:

"The Six Nations is a huge competition for us and another opportunity for us to grow as group. 2022 was a busy year as we got to work with a larger group of players as we continued to build our squad depth and competition for places.

"While there are a few players carrying knocks and others that have missed out on selection for the start of the tournament, they will have the opportunity to push their case playing for their provinces in the URC over the coming weeks as no doubt we will need to call upon the wider group as the tournament progresses." 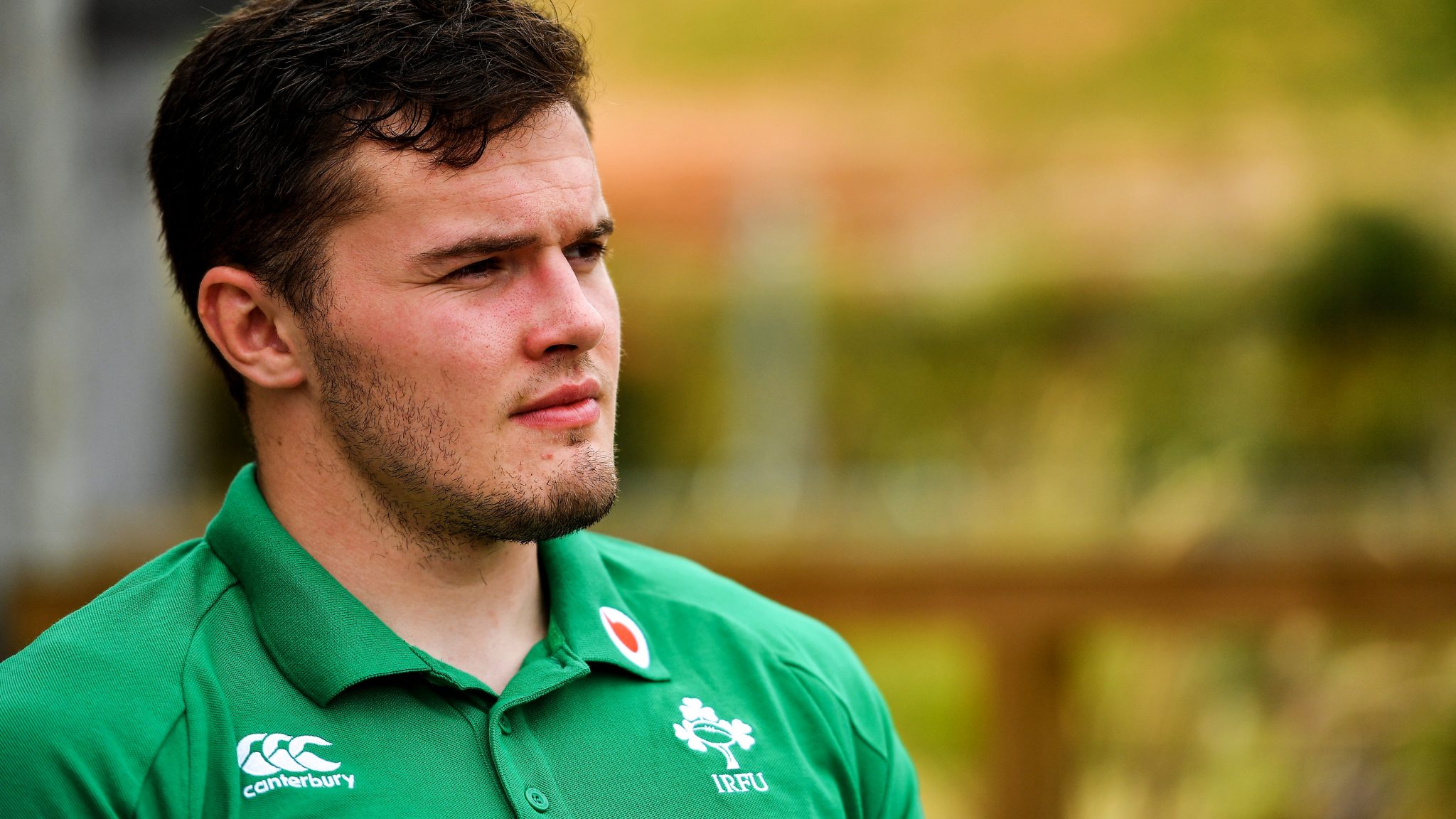 Jacob Stockdale is back in the fold. (Credit: Sportsfile)

END_OF_DOCUMENT_TOKEN_TO_BE_REPLACED

The IRFU have been known to send out updates, over social media, or even name players that may have missed out through injury. On this occasion, we just have the short Farrell statement and sure knowledge that Robbie Henshaw and Rob Baloucoune are injured and that Andrew Conway is still a ways off returning.

Joey Carbery played in last weekend's win over Northampton Saints but was withdrawn with just under 30 minutes to go. We will get more on Farrell's thinking on his non-selection in time but it looks like the Ireland coach is leaning towards Jack Crowley as more of a starting option if Johnny Sexton were to sit out any matches.

We recently spoke with Ronan O'Gara for House of Rugby and he reckons Crowley is more of a strategic-thinking 10, whereas Carbery is a versatile option as a 'finisher' in Test rugby. O'Gara told us:

"Their skillsets are quite different - Joey Carbery can play anywhere in the backline but, in a Test match, he's a very interesting guy to spring off the bench. Jack Crowley looks to be more of a strategist, in that he could probably start a game for you."

END_OF_DOCUMENT_TOKEN_TO_BE_REPLACED

While few saw the axe swinging for Joey Carbery, even fewer would have confidently predicted Jacob Stockdale would make the cut. The Ulster winger came roaring onto the Test stage in 2017 and 2018 but injuries and dips of form have him looking a shadow of that player.

From Wednesday stories of Stockdale possibly losing his central contract with the IRFU to the Ulsterman being back in the fold, it has been a big 24 hours.

Farrell must like what he sees from Stockdale, though, and his big boot goes massively in his favour for the game Ireland like to play. Elsewhere, James Hume drops further down the centre pecking order as he misses out to Jamie Osborne (Leinster) while Henshaw remains on the sidelines.