The IRFU have announced Andy Farrell's Ireland squad for the opening rounds of the 2023 Six Nations.

Italy have gone with a small squad of 33 players for rounds one and two of the championship, while France (with 42 picks) have been on the other end of the scale. We are expecting Farrell to fall in between those stools and select 36 or 37 players.

END_OF_DOCUMENT_TOKEN_TO_BE_REPLACED

While Johnny Sexton and Tadhg Furlong are included, and passed fit, for the opening rounds, Robbie Henshaw is the biggest name to miss out. Andrew Conway has yet to play this season so is not expected to be in the squad. James Lowe was given permission to return to New Zealand for family matters but is set to return for the start of the championship. 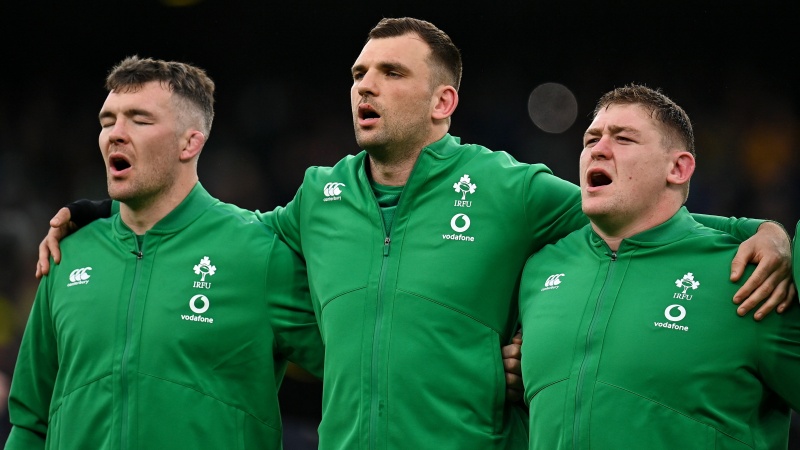 The biggest omissions are Henshaw and Robert Baloucoune (both injured) as well as Kieran Treadwell, Joey Carbey and James Hume.

We will follow all the big selection news, speculation, revelations and quotes from Andy Farrell, regarding his Ireland squad announcement. All will be covered in our liveblog, RIGHT HERE:

On the latest House of Rugby [LISTEN from 63:05 below], Jason Hennessy, Lindsay Peat and Brian Moylett discussed the Ireland squad calls and some names that could feature as fringe selections and development players.

END_OF_DOCUMENT_TOKEN_TO_BE_REPLACED

Ireland start off their 2023 Six Nations campaign away to Wales before welcoming France to Dublin. They then travel to Rome to take on Italy, and on to Edinburgh to face Scotland.

May 18th sees Ireland welcome Steve Borthwick's England to the Aviva Stadium. Both sides will be pining their hopes on that game deciding the championship and, potentially, a Grand Slam.


popular
Man United could be blocked from playing in the Champions League next season
French media's opinion of this Ireland team becomes clear as vital clash nears
Man United vs Leeds: Why the game won't be shown on Irish TV
Ireland team vs. France: Form players rewarded and a welcome return
Eight players to watch in tonight's Sigerson Cup semi-finals
Clive Woodward happy to 'eat humble pie' after bold comments about Ireland
Peter O'Mahony reaction to Liam Williams scuffle shows he may finally be mellowing
You may also like
1 day ago
Josh van der Flier's post-match recovery routine could spark a bracing trend
1 day ago
Clive Woodward happy to 'eat humble pie' after bold comments about Ireland
2 days ago
The Ireland team Andy Farrell needs to start when France come to town
3 days ago
Matt Williams wants two changes and Peter O'Mahony benched for Ireland vs. France
3 days ago
Warren Gatland says Andrew Porter needs 'kick up backside' after flashpoint tackle
3 days ago
"Remember that name" - Sonny Bill Williams raves about Ireland U20 star after outrageous try assist
Next Page