The risk/reward of strapping Joey Carbery up and sending him to Japan is biting Munster Rugby.

We may never know how former Ireland head coach Joe Schmidt planned on using Joey Carbery in the World Cup, and in the warm-up matches. Carbery started his season brightly against Italy, back in early August, but badly turned his ankle in that game and he went for surgery.

At most other times of a season, that would have seen Carbery out for eight to 10 weeks, at least, but there was a World Cup on the horizon. A couple of weeks later and he was named in Ireland's 31-man squad for the tournament in Japan.

END_OF_DOCUMENT_TOKEN_TO_BE_REPLACED

He did not feature until the September 28 pool game against Japan and his World Cup was restricted to three substitute appearances. He was named as back-up scrumhalf for the Russia game, only to be pulled from the fixture at late notice. By the time Ireland were eliminated at the quarter finals, Carbery had only clocked up 68 minutes of game-time.

Carbery is back with the Munster squad but the province are not putting a time-scale on his hopeful return to action. He is out of this weekend's Guinness PRO14 clash with Ulster and most likely to miss the province's two November ties in the Champions Cup. 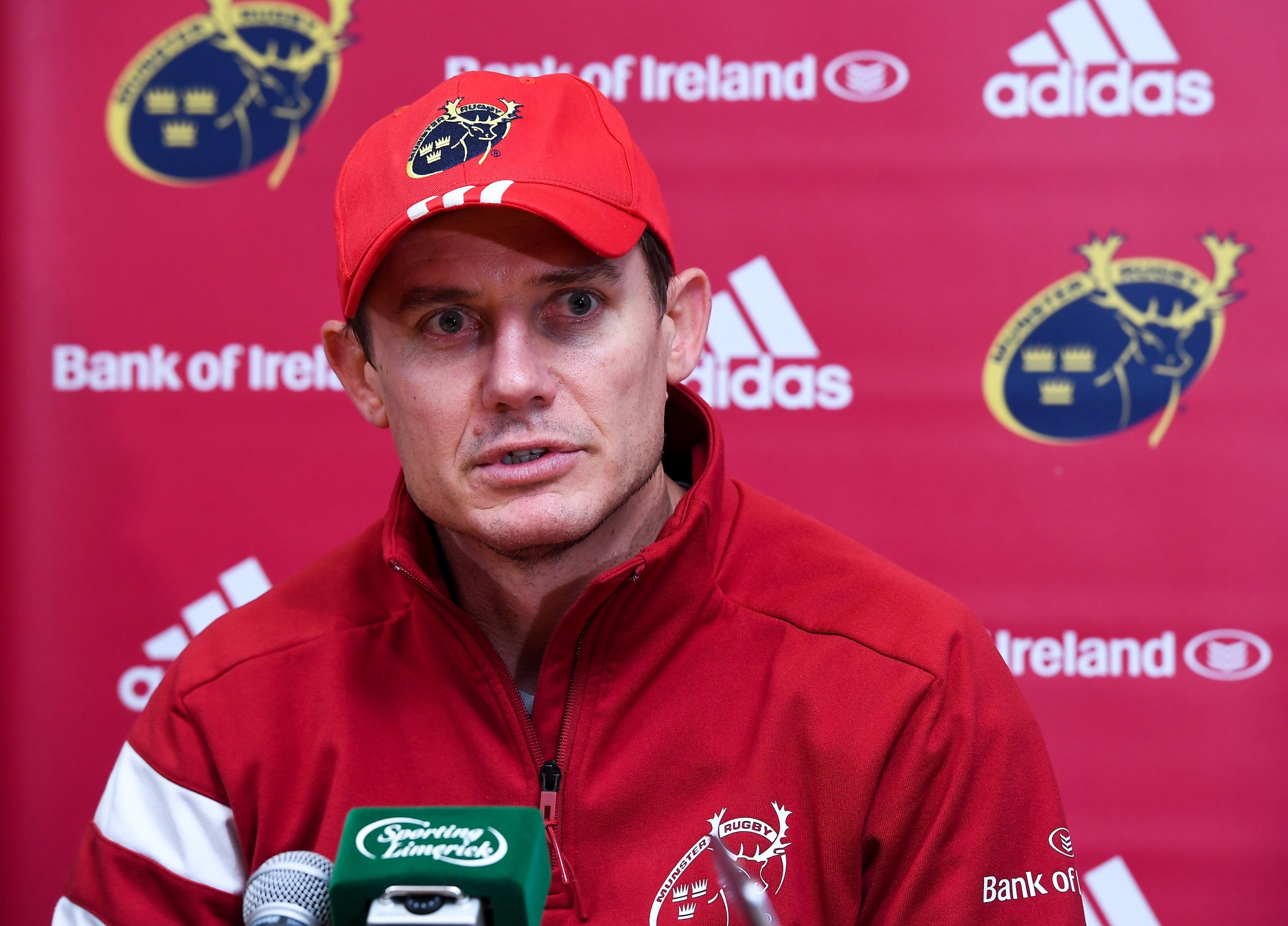 END_OF_DOCUMENT_TOKEN_TO_BE_REPLACED

A squad update, issued last week by Munster, stated that Carbery's post-surgery ankle had been "managed" throughout the World Cup and that he would be back in action later than many of his teammates that had just returned from Japan.

At a press briefing at Munster's University of Limerick base, on Tuesday, senior coach Stephen Larkham would not be drawn on an expected return date for the 24-year-old.

"Well, Joey is around the boys a lot more now. So he's in doing rehab.

"We haven't got a long-term or short-term estimate of when Joey is back, yet.

"Yeah, the boys are doing a fantastic job. JJ Hanrahan had a fantastic game [against Cardiff] and Tyler Bleyendaal has been playing really well, as well, so we've got some good coverage there at the moment, which is fortunate."

In a further update, Munster stated, 'Rhys Marshall and Craig Casey have both picked up knocks and will not be available for selection this weekend.' There was also a comment from Johann Van Graan on two potential signings:

"We are in advanced discussions with both players [South Africa's Damian De Allende and RG Snyman] but there are no contracts signed at this stage.

"We are confident there will be a commitment in the future, subject to conditions, but at this stage no contracts have been signed and we have nothing official to confirm."

Plenty of goings on down at Munster.