"It is crystal clear... you cannot bring excess players into the country"

"It shows the mark of those guys that they are willing to come in after such disappointment and train as they have over the last couple of days."

As well as praising the professionalism of the trio asked by Joe Schmidt to stick around, despite not making the World Cup squad, Johnny Sexton stressed that they 'need to be ready'.

Will Addison, Jordi Murphy and Kieran Marmion were retained at Carton House, this week, even though they discovered on Sunday there were not part of Joe Schmidt's provisional 31-man squad. We say provisional as the final squads will be officially lodged and confirmed with World Rugby this weekend. 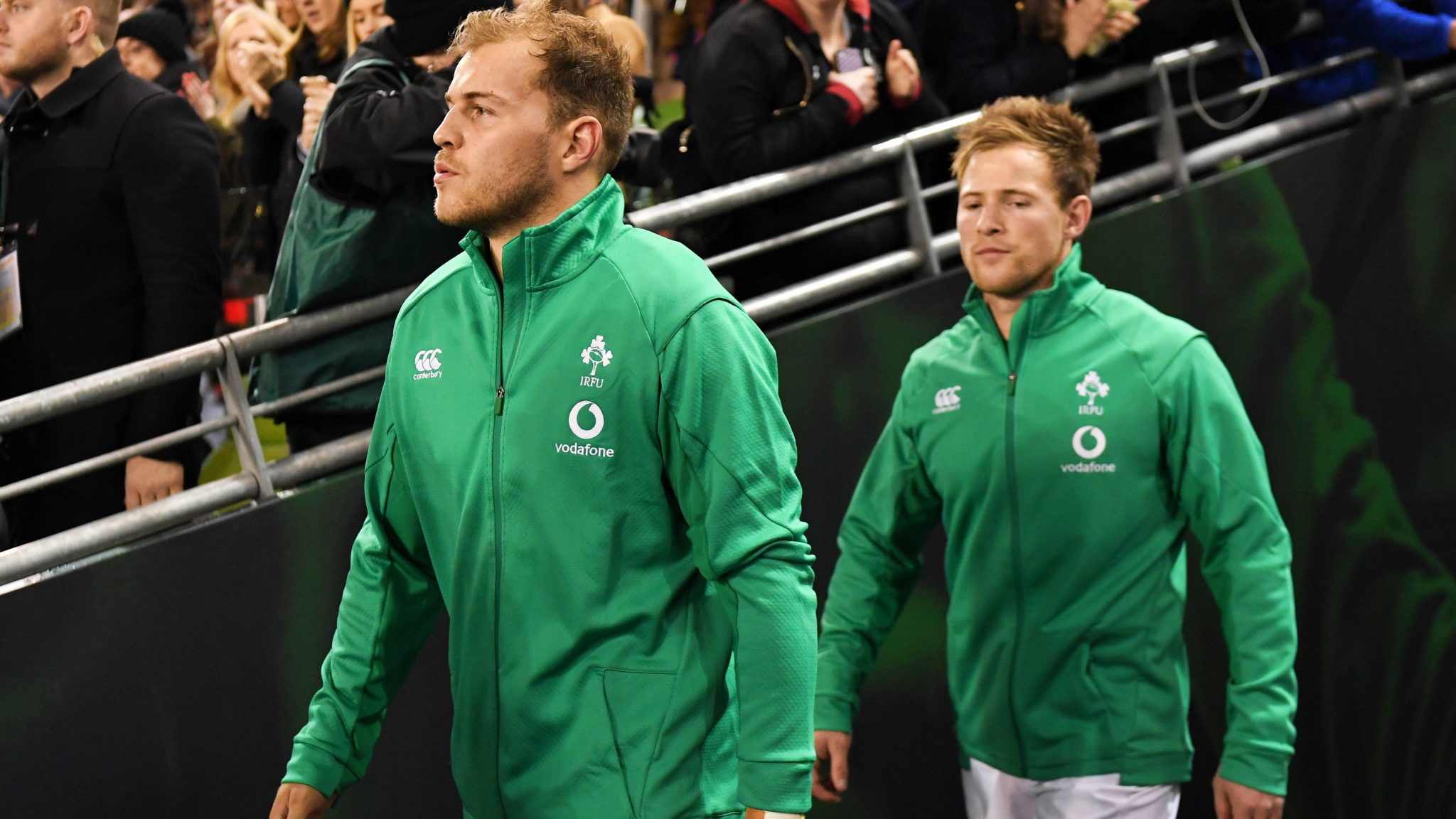 Schmidt's comments on the trio mirrored those of Sexton and the Ireland coach added Ross Byrne and Devin Toner to that stand-by list. In reality, there will be eight or nine players told to stay ready and to keep up to speed if and, inevitably, when injuries strike.

There has been a school of thought going around that, like Warren Gatland has encouraged on his last two tours as Lions head coach, players on stand-by holiday nearby just in case they are needed. It was something Murphy alluded to on Monday evening:

Might have to look into booking a fishing trip 🎣 #Donald

The Ulster back row, who was a surprise omission was referring to New Zealand calling up outhalf Stephen Donald from his fishing holiday to start in the 2011 World Cup final.

On the notion of getting on to the provinces of the respective back-up players, Schmidt insisted this was a non-starter. He told RTE:

"It is crystal clear that you can’t have them in the country, you cannot bring excess players into the country.

"I know that in the past players have been placed in a nearby country so that they are all set to go. We don’t have any intention of doing that.

"The player is best off to be comfortable, to be training, to be playing and if they are playing Pro14 then they are getting prepared, at least match-fit, ready to fit in if the opportunity comes up."

END_OF_DOCUMENT_TOKEN_TO_BE_REPLACED

One suspects that the select back-up crew Schmidt has in mind will be kept fully in the loop all the way through the coming days and weeks.

There is no point in saying just in case as there will be call-ups for injured players. That is just part of rugby life.


popular
QUIZ: Name the last clubs these footballers played for before joining Manchester United
SportsJOE 2000s Football Quiz | Round 1
The SportsJOE 12 o'clock quiz | Day 68
QUIZ: Name every All-Ireland football winner of the last 33 years?
QUIZ: Name these footballers based on their former teammates
QUIZ: Name the footballers to have played for Manchester United & Real Madrid
The SportsJOE 12 o'clock quiz | Day 67
You may also like
3 days ago
'We knew how much it meant to them' - Conrad Smith on Croke Park history lesson
4 days ago
"I was like, 'Your ribs will be broke, alright, if I get my hands on you again!'"
4 days ago
Baz & Andrew's House of Rugby - Mike Brown on past battles with Ireland
4 days ago
Online media excluded from another important IRFU briefing
5 days ago
"Just to clarify, it was an accident" - Mike Brown on Conor Murray incident
1 week ago
QUIZ: Guess the footballer from their Wikipedia page | Irish edition
Next Page