Joe Schmidt has praised the "unbelievable" professionalism of three Ireland players that have stayed on to train with his World Cup squad.

On Monday morning, six days ahead of schedule, the IRFU announced its 31-man squad to travel to Japan, later this month, and represent Ireland at the World Cup.

There were four big omissions from the squad, which will be confirmed next Sunday evening if all of Schmidt's squad for Saturday's Wales game get through unscathed.

Schmidt, once again, opted to face the media at Carton House, this afternoon, to explain the rationale behind his selections. He also confirmed that Addison, Marmion and Murphy had remained on with the 31 other players to help them prepare for the Wales game.

That trio were on training duty at Carton House this morning and Schmidt hailed their professionalism and commitment. He also stated that they could be drafted into the squad should injury befall any in the provisional squad.

One of the reasons Toner did not make the final squad, according to Schmidt, was an ankle injury that impinged on his pre-season and game-time. Marmion was in a dead-heat with Luke McGrath for the final scrum-half spot but, said Schmidt, the Leinster man's 'kicking game probably narrowly tipped it in his balance'. 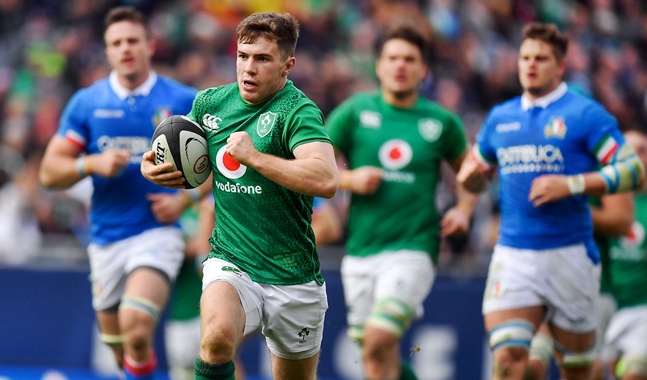 Schmidt provided some positive fitness updates on some of his senior players that are either carrying knocks or have yet to feature. Johnny Sexton will wear the No.10 jersey against Wales while he hopes to have Joey Carbery on the bench... if he trains on Thursday. For our money, expect Jack Carty in reserve on Saturday.

Keith Earls and Robbie Henshaw are expect to make their season bows while Cian Healy is expected to feature in some capacity after he injured his ankle in the heavy away loss to England. 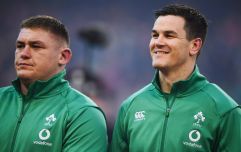 END_OF_DOCUMENT_TOKEN_TO_BE_REPLACED

Schmidt also spoke out about criticism that has once again been directed at the Irish-qualified members of his squad. He noted how Bundee Aki and CJ Stander had done lots for their local communities before adding, "I'm not sure I'm qualified to comment because I'm a blow-in myself, I'll be blowing out soon myself."

To that point, Saturday will be Schmidt's final home game in charge of an Ireland team he took charge of in 2013.

popular
The SportsJOE 12 o'clock quiz | Day 292
Conor McGregor wants immediate Dustin Poirier rematch, for UFC title
"It’s an easier life in goal, you’re not waiting for some fella to give you a box in the jaw"
Two uncapped players and some shock omissions as Ireland name Six Nations squad
SportsJOE 2000s Football Quiz | Round 20
Roy Keane story shows the power he had at Manchester United
The SportsJOE 12 o'clock quiz | Day 291
You may also like
1 day ago
John Cooney the latest Ulster face not to fit in Ireland's set-up
2 days ago
Three players locked in Ireland jerseys after Thomond Park trial
3 days ago
Two uncapped Munster players backed for Ireland's 2021 Guinness Six Nations squad
1 week ago
"That was the one game that I cried after" - Mike McCarthy
1 week ago
QUIZ: You'll need to be a massive Ireland fan to get all these one-cap wonders
2 weeks ago
Ireland's best uncapped prospects for the Guinness Six Nations
Next Page