"We've had two teams that have been waiting for us... "

All Blacks head coach Ian Foster has returned to New Zealand and is facing the music. Joe Schmidt and Scott Robertson have already been mentioned a possible replacements.

The ABs may have won The Rugby Championship at a canter, yet again, but they lost their final championship game to South Africa and then dropped the final two games of their end-of-season tour.

END_OF_DOCUMENT_TOKEN_TO_BE_REPLACED

The All Blacks started off their final sweep of games by dispatching the USA and Wales before getting past a stubborn Italian side in Rome. The following weekend, they lost to Ireland and followed that up with a 40-25 defeat to France. With three defeats in their last six Tests, needless to say, the heat is on 'Fozzie'.

On the latest House of Rugby URC , former Ireland forward Mike McCarthy joined Greg O'Shea and Megan Williams. The trio [LISTEN from 14:40 below] discussed the All Blacks blip and how Joe Schmidt could be the perfect man to take over. 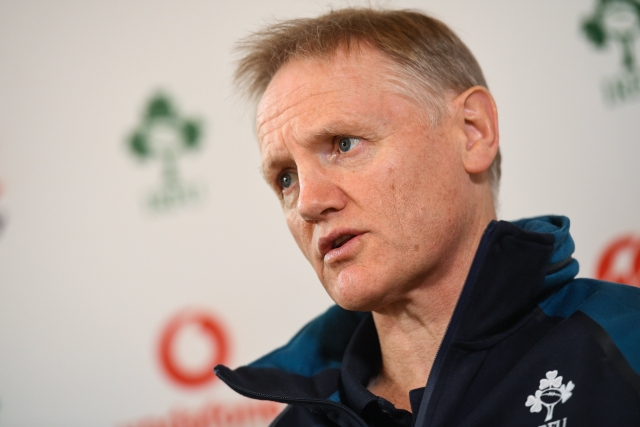 Ian Foster under pressure back home

After returning to New Zealand - following a gruelling run of 12 Test matches in 16 weeks - Ian Foster appeared on The Breakdown and addressed the defeats to Ireland and France.

"We've had two teams that have been waiting for us," Foster said, "and it's probably at the end of our season and they were fresh and had really targeted that game. It just showed that they're good quality teams and we're going to have to be our best to beat them."

"I get the fact that people are upset that we lost two games," Ian Foster added. "And it's hard to explain the circumstances that we've been in.

"I don't want to be coming across as if we're giving excuses for that, but you know this has been a remarkably difficult year in many ways. Having 12-13 weeks on the road in hotels and quarantines, we've had two lots of five consecutive test matches in a row and we've really run out of steam in the last two." 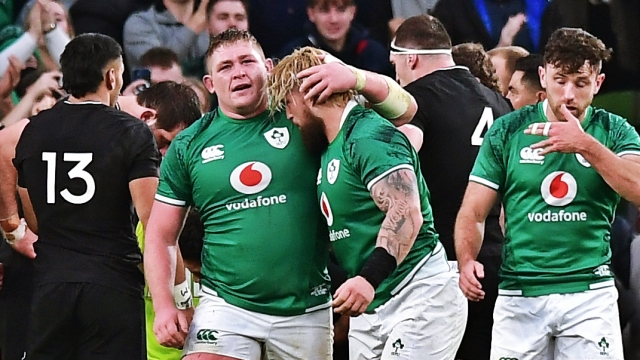 On House of Rugby, Greg O'Shea reflected on the ease with which France picked up some of their scores against New Zealand.

"One stage," he recalled, "a France player charged around the side of a maul and Quinn Tupaea, the New Zealand 12, just went in and just like, let it happen. That's so uncharacteristic of New Zealand guys.

"So, I think they just need to go home, recoup and get some rest and come back again because it just doesn't look like the New Zealand team that we're all used to watching."

Asked for his take on matters, and whether former Leinster and Ireland head coach Joe Schmidt would be a good option if Foster moved on, Mike McCarthy commented:

"Well, the media is out after them... They've lost their way, definitely, when the the All Blacks lose two on the bounce. So, yeah, they're after changes... Ian Foster's I think has recently re-signed to stay on for a couple of years.

"I don't know if they're going to change the coach but you have to say, if they do change, then Joe Schmidt, I think he was in the running for it previously. He'd do wonders with the All Blacks.

"He seems like a good fit for me, if that happens. But I don't think we need to throw the baby out of the bath water at the moment. The All Blacks are defending with the new system, which they've never defended with before, so that's something Ian Foster has changed So, there will be a bit of adaptation getting used to that."

Not long after McCarthy had uttered those words, New Zealand Rugby came out with a statement backing Ian Foster and his coaching staff.

There is a line of thought in New Zealand rugby circles, that Crusaders coach Scott Robertson has been ear-marked for the All Blacks job, but he may have to wait until after the 2023 World Cup.

Schmidt is taking up an assistant coaches role with Auckland Blues for the 2022 Super Rugby season. He may be content with that less intense environment after his head coaching stints in Ireland.


popular
Cristiano Ronaldo 'agrees £173m-a-year deal' with Saudi club
"Nowadays, even if I don't hit a ball, I don't care as long as we win" - Gleeson learning from the past
Argentina reach World Cup last-16 with convincing win over Poland
World Cup 2022 Day 11: All the major action and talking points
Thibaut Courtois warns teammates after leaks emerge from Belgium camp
Damien Duff makes 'brutally honest' England World Cup prediction after Wales win
The FootballJOE Qatar World Cup 2022 Geography Quiz
You may also like
1 week ago
Alternative World Rugby Dream Team selected, with two extra Ireland stars
1 week ago
"Two Irish players are best in the world" - Rugby reacts to big Josh van der Flier and Terry Kennedy awards
1 week ago
Two baffling omissions as four Ireland stars make World Rugby 'Dream Team' of the Year
1 week ago
Josh van der Flier claims World Rugby Player of the Year at Monaco ceremony
1 week ago
"Highlight of my Ireland career" - Behind the scenes as Jack Crowley and Ross Byrne covered for a legend
1 week ago
Bundee Aki reminded us all of his best qualities, on a night Ireland couldn't do without him
Next Page