Some players, with their records and performances under Schmidt, pick themselves.

Joe Schmidt arrived back into Dublin on Tuesday evening and tried to take as much of the blame for his side's World Cup quarter final exit as he could.

The missed tackles, dropped balls, overruns and failures to find touch were not on him, but he was calling many of the shots for a side that hit a Red Rose wall in February and never really recovered. If that England defeat to kick off their Grand Slam defence was the beginning of the end, the All Blacks did not hang around when delivering the final blow.

END_OF_DOCUMENT_TOKEN_TO_BE_REPLACED

Schmidt oversaw 74 Test matches as Ireland head coach and finished with 46 victories than helped his side win three Six Nations titles, series' away to Argentina, Japan and Australia, and twice overcome the world champion All Blacks.

Schmidt used 103 players over his six years as Ireland coach - handing out 56 new caps along the way - and he was fortunate enough to be able to call on some of the best players of this and the previous generation.

It was no easy feat [well, some positions were easier than others] but we have settled upon the Best XV of the Schmidt era. This team, to us, is based on the performances of the players included during 2013 to 2019 and not based on reputation. For us, the big debates were loose-head, second row, left wing and midfield.

END_OF_DOCUMENT_TOKEN_TO_BE_REPLACED

This one was between Jack McGrath and Cian Healy. They had a right tussle for the No.1 jersey with Healy starting all the 2014 Six Nations games, McGrath bumping him out of the XV for the 2015 Six Nations and holding it all the way until after the 2017 Lions Tour. Healy got back in during the 2017 Guinness Series and McGrath only started six of his next 15 appearances before missing out on this World Cup squad.

This may be a controversial call, to start with, but McGrath at his best offered more to Ireland in his role so he gets the nod. 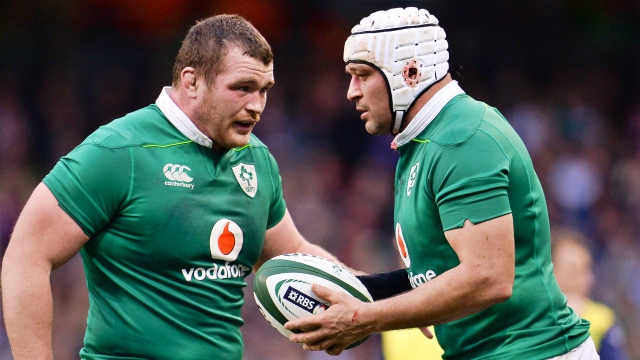 END_OF_DOCUMENT_TOKEN_TO_BE_REPLACED

Richardt Strauss, Dave Heffernan, Rob Herring, Niall Scannell and Sean Cronin all got a taste but there is only one man for this jersey. Best was turning 31 when Schmidt took over but was about to play some of his best rugby for Ireland. His form dipped a tad in his last 18 months but he was still in there winning turnovers and finding his lineout jumpers in his final run out.

Mike Ross helped Ireland to Six Nations titles in '14 and '15 but teams were targeting him in his final 12 months in the green jersey and he scrummed himself into the ground. Tadhg Furlong took up the running in late 2016 and added a new, ball-playing dimension to the position. A world-class operator over these past three years. 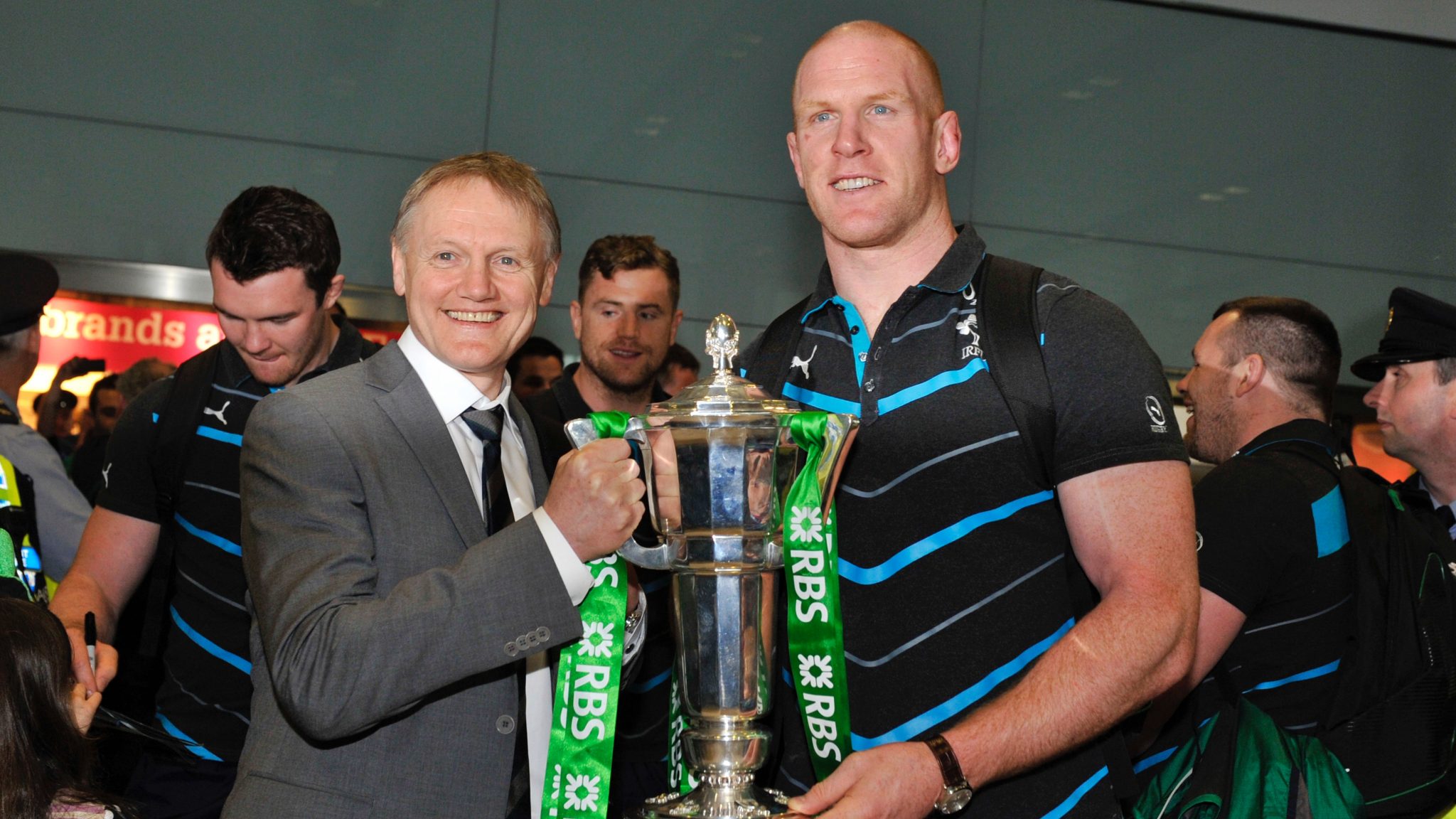 The unlucky lad to miss out here is Devin Toner. The Leinster lock was an old reliable for Schmidt, who gave him a second chance at Test rugby, but the two men selected are another level. Paul O'Connell was Schmidt's captain supreme in his first two years in charge and was superb in big wins over Scotland, France, South Africa and Australia. Ryan has been consistently Ireland's best player since he came into the senior squad in the summer of 2017.

14 of CJ Stander's 39 Test matches were at blindside - including that 2016 victory over New Zealand - but, in truth, he was just filling in for Peter O'Mahony as he recovered from the knee injury he picked up at the 2015 World Cup. O'Mahony was the perfect blindside for Schmidt and filled more of that mongrel role than electric ball-carrier.

Another world-class operator on his day and, injuries aside, he had a lot of them. Was often the standard bearer for his side and Ireland won many a game thanks in no small part to this man. Dan Leavy was pushing him close here until a serious knee injury wiped him out long-term. 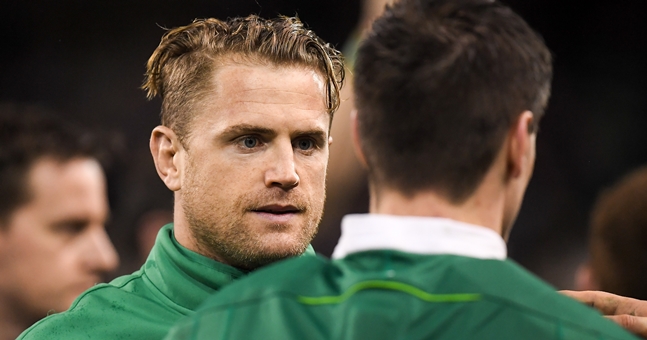 This one was tough, too. CJ Stander was the big competition again and though he had a 2018 to be proud of, in the No.8 jersey, Jamie Heaslip was the composite Joe Schmidt back-row. Knew his role and performed it to perfection.

Eoin Reddan is the only real competition for Conor Murray but this contest is not even close. At his best, he is right up there with Aaron Smith and, more recently, Faf De Klerk as one of the top 9s in world rugby. Ireland's top man for try assists and chipped in with a few crucial scores of his own - France, New Zealand, South Africa and England. 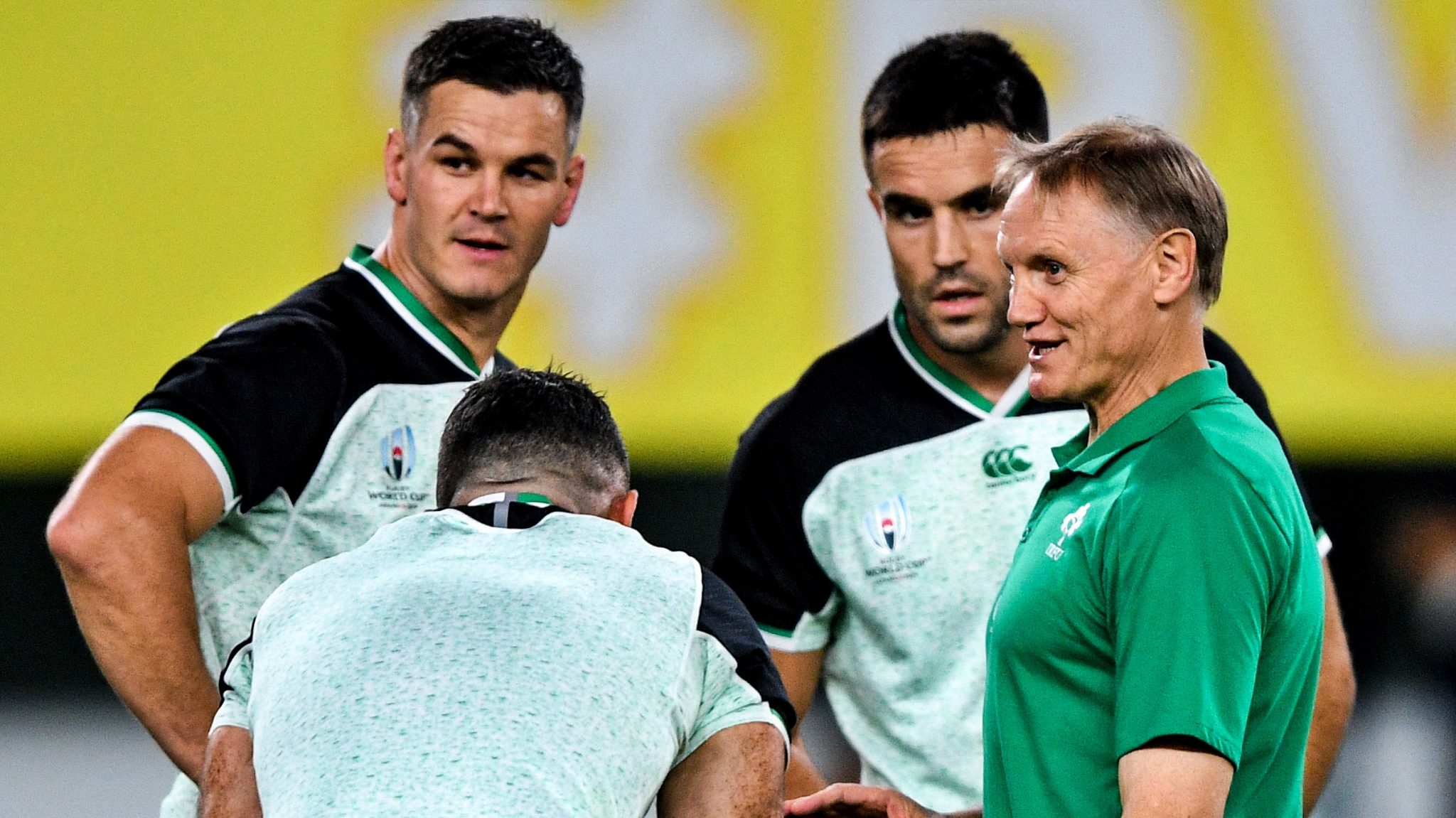 Again, no real battle here. Joe Schmidt's task-master and tempo-setter on the field. The main man for those early Six Nations title wins and won World Player of the Year in 2018 when he helped his team to a list of big wins, including that Grand Slam and a second toppling of the All Blacks.

This one was touch and go but Jacob Stockdale bumps out Simon Zebo - much more consistent under Schmidt than most give him credit for - to the No.11 jersey. Exploded onto the scene in June 2017 and is already burning up the Top 10 of Irish try-scorers. Stockdale's eight tries in five games drove Ireland to Grand Slam glory and his chip and chase toppled the All Blacks in November 2018.

Aki's main challengers for this role are Robbie Henshaw (see below) and Gordon D'Arcy, who ploughed away for two seasons with Ireland after Schmidt arrived. 23 starts out of his first 25 Tests under Schmidt and Aki was the go-to midfielder for Schmidt's third incarnation of his Ireland XV. The backline captain/defensive leader after Jared Payne, it was a shame his World Cup was so underwhelming. 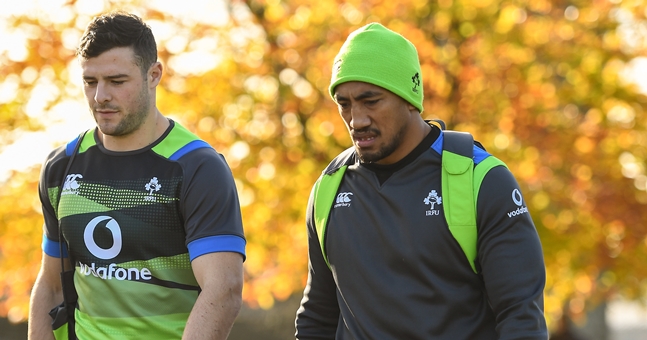 Switched and swapped between 12 and 13 but most of his best games for Ireland have been in the 13 jersey. Jared Payne, Brian O'Driscoll and Garry Ringrose were also vying for this spot and, in truth, all have decent shouts. Will be interesting to see where Andy Farrell sees Henshaw playing from 2020 on.

A Trojan and a man, up until this World Cup, who appeared to be getting better with age. Schmidt's top try-scorer from his time in charge of Ireland, with 18, Earls missed the 2014 and 2015 Six Nations wins but was a consistent selection from the 2015 World Cup on. Was a gem in the Grand Slam campaign and made a name for himself, aside from his scoring, with a few remarkable try-saving tackles. 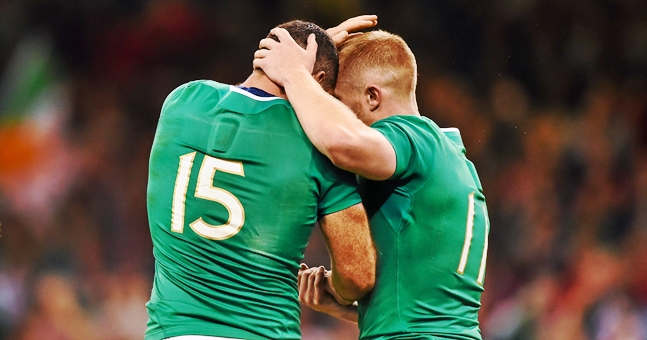 Won exactly half of his 98 Test caps under Schmidt and was another of the trusted lieutenants. When he was fit and firing, he was Ireland's No.15. Schmidt would often try another player in the role only to go running back to the Louth native. Three great performances (2013, 2016 and 2018) against New Zealand - and the Grand Slam - were the high points.

You may also like
3 weeks ago
“My confidence was on the deck" - Aaron Connolly explains why he has made the move to Italy
3 weeks ago
Every Irish transfer in football, this summer, as several big deals get done
3 weeks ago
Six Irish players make damn impressive 'World XV' that would take some beating
4 weeks ago
The frontrunners for Ireland's 33-man squad for the 2023 World Cup
4 weeks ago
All Blacks media manager explains why Ian Foster appearance was cancelled after Ireland defeat
4 weeks ago
Warren Gatland selects nine Irish players in his strongest Lions XV, right now
Next Page