The calls had been strong to get Joe Marler back.

END_OF_DOCUMENT_TOKEN_TO_BE_REPLACED

Those calls were heeded, and Marler produced the goods again.

The Harlequins star joined host Alex Payne and former England captain Mike Tindall on JOE UK's House of Rugby and was as combative, testing and compelling as his show debut.

Marler voiced his opposition to Wallabies star Israel Folau's controversial social media posts, which have seen him reprimanded by Rugby Australia, and declared, "Hatred isn't wanted in the world."

END_OF_DOCUMENT_TOKEN_TO_BE_REPLACED

Marler did include Folau in a 'Best 15' selection of players he had shared a rugby pitch, and his additional reason for naming the Aussie fullback had a hint of mischief.

As part of 'The Perfect Pour' section of the show, Marler and Tindall were asked to come up with a Best XV of players they had shared a pitch with, either on the same or the opposing team.

Considering that both men faced a myriad of world-class stars while representing their clubs, and England, the selection process required some thought, and hefty debate. 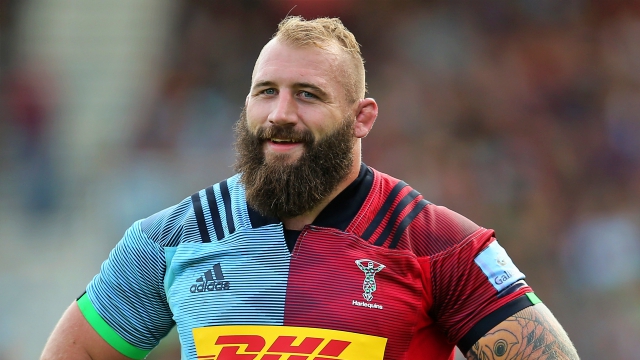 Marler opted for a non-English XV and had seven All Blacks legends in his team, with three from Ireland, two Welsh, two Australians and a Fijian nicknamed 'The Bus'.

On selecting Folau as his fullback, Marler commented, "On the night out, after we had played our match on the Saturday, I'd take him out in Brighton to The Blue Oyster... a couple of clubs."

Once he got his tight- and loose-heads sorted out, Tindall revealed his team.

As for why he opted for Dan Carter over former teammate Jonny Wilkinson, Tindall said, "Wilk had a period where he was better but, over his full international career, Carter was better... he just did it consistently."

You may also like
1 month ago
Join Munster legend Billy Holland for this free mortgage masterclass
3 months ago
[CLOSED] COMPETITION: WIN a two-night stay at the luxury Trident Hotel in Kinsale Harbour
5 months ago
Here's where you can find some incredible deals on exercise machines in 2022
5 months ago
WATCH: This clip shows just how amazing amateur clubs in Ireland really are
5 months ago
Pieta and Shane Carthy encourage people to take part in #HopeOverSilence this Christmas
7 months ago
If you're looking for affordable health cover and 24/7 access to medical pros, this could be just the thing...
Next Page