Just before 8pm on Monday evening - at the start of Munster's biggest week of the season - came news that no-one expected, nor wanted.

Just two games into his comeback from an ankle injury, Joey Carbery suffered a wrist injury in the recent loss to Ulster. A scan was taken on Monday afternoon and the province released the following update:

'After undergoing a scan, it has been confirmed that Joey Carbery sustained a wrist ligament injury in Friday night’s game against Ulster.  The number 10 requires surgery and has been ruled out for the immediate future.'

That 'immediate future' means Carbery will miss Munster's vital Champions Cup dates with Racing 92 (away) and Ospreys (home) and most likely rules him out of the Guinness Six Nations. Depending on how Munster fare in Europe and the Guinness PRO14, the 24-year-old may not feature again this season.

Munster are then left with only two registered, and fit, outhalves in their Champions Cup squad with the term 'term' loosely attached to JJ Hanrahan. The Currow native has played 12 times this season (9 starts) but there has been a niggling hamstring issue dating back to a PRO14 win over Ulster in early November. Hanrahan played 57 minutes against Leinster on December 28 but strained his hamstring further in that game. The province say he is 'rehabbing well' but it may be a huge gamble to start him in Paris this Sunday.

The other registered outhalf is Ben Healy, who was part of Ireland U20s' Grand Slam win in 2019. The 20-year-old made his senior debut in a league loss to Edinburgh back in November. Munster could also opt to register Jake Flannery, another academy player, for the next two European games while the increasingly likely option is that Rory Scannell (below) will be asked to play in the 10 jersey. Scannell does have past, senior level experience at outhalf and is having a fine season [he was voted House of Rugby's underrated player of 2019]. 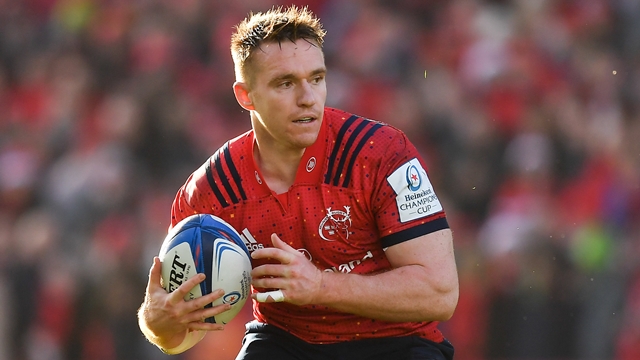 Munster head coach Johann Van Graan could well start with Conor Murray and Rory Scannell as his 9-10 combination at La Defense Arena - should Hanrahan not pass fitness tests later this week - as both men are goal-kicking options.

With the rest of the season in mind, and with Tyler Bleyendaal still out with neck issues, Munster will be contemplating the medical joker route. In August 2018, the province signed Alby Mathewson as short-term cover for Conor Murray, after his own neck issues, and the Kiwi ended up staying until November 2019. 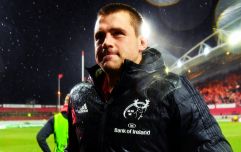 END_OF_DOCUMENT_TOKEN_TO_BE_REPLACED

With Japan's Top League starting this weekend, the pickings of quality players are slimmer than they would have been in the autumn. The likes of Christian Lealiifano, Mike Harris, Luke McAlister and Dan Carter are all signed up for 2020 league action in Japan. Of all those options, Lealiifano, currently with Toyota Jido Shokki, would be the best due to his five-month stint with Ulster in 2017/18.

Munster could well look closer to home, with Leinster's current stock of four out-halves the ripest for picking [given the green light from the IRFU, of course]. Leinster have used Johnny Sexton, Ross Byrne, Ciaran Frawley and academy outhalf Harry Byrne this season but they would have a solid argument in resisting any loan move overtures as both Sexton and Ross Byrne should be on Six Nations duty up until mid March.

Van Graan and Stephen Larkham may have to go deep into their contacts books to unearth a capable, experienced 10 for the remainder of the season but, with Munster needing to beat Racing to stay alive, the 'immediate future' may fall to Rory Scannell. Time to be a hero.

popular
QUIZ: Identify the football club from these 12 crests
Only old-school fans will get 20/20 in this 1990s footballers quiz | Part 2
The SportsJOE 12 o'clock quiz | Day 186
Sam Bennett's green jersey masterclass got Lance Armstrong talking
How The Mountain lost 36kg ahead of boxing fight with The Beast
"How are we going to get on par with the men if something so simple can't be solved?"
Rio Ferdinand story about Dwight Yorke conversation shows Alex Ferguson's ruthless streak
You may also like
2 weeks ago
"We win together and we lose together" - Johann van Graan gives backing to JJ Hanrahan
2 weeks ago
"All they want to do is box-kick" - Leo Cullen not impressed with Munster tactics
2 weeks ago
Tale of three penalties as Leinster break Munster hearts again
3 weeks ago
Here's what the Champions Cup 2020/21 changes mean for your province
3 weeks ago
CJ Stander and a devastating play in two acts
3 weeks ago
Johann Van Graan takes justifiable cut at short semi-final turnaround
Next Page