The closing stages of Munster's Champions Cup victory over Ospreys were frustrating as hell.

Having been completely dominant against their hosts, at Liberty Stadium, Munster had scored three tries between the 34th and 52nd minute but were struggling to close the game out with the fourth that would ensure a bonus point.

Ospreys, showing admirable pride after a weak enough performance, went phase after phase and set-piece after set-piece as they tried to get their first try of the match. All the while, the clock ticked towards red, and game over.

Munster supporters and their coaching team were of a mind to let Ospreys in for their try just so they could get another attacking chance with ball-in-hand. Duly enough, on 78 minutes, Aled Davies got over for his try and Luke Price converted. There would be a restart but it was the sliver Munster needed and, on 84 minutes, a rolling maul crashed over the Ospreys line and the two-time European champions were heading home with all five points.

On the latest episode of Baz & Andrew's House of Rugby, the performances of Peter O'Mahony, Andrew Conway, Conor Murray and CJ Stander were all praised but one lad stood out from that excellent pack, 24-year-old loosehead Jeremy Loughman.

Jerry Flannery, who coached Loughman at Munster for two years, spoke glowingly of the former Leinster and Ireland U20 star and he believes the best is yet to come. 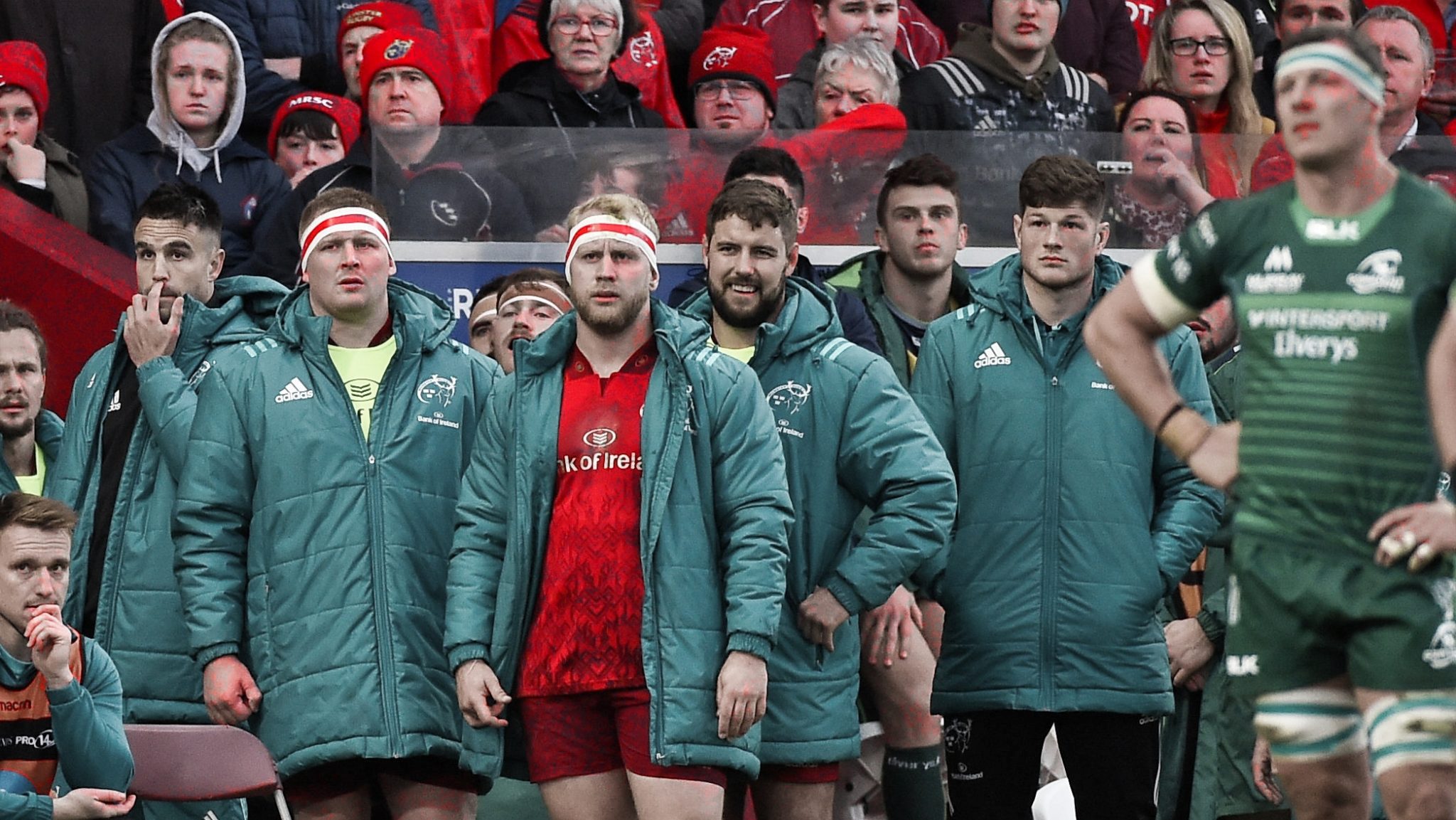 Loughman played schools rugby for Árdscoil na Tríonóide - the same school as Joey Carbery - but moved to Blackrock College for his fifth and sixth year. He won the Leinster Senior Schools Cup with 'Rock in 2013 and 2014 and was straight into the Leinster academy system.

He played five times for Ireland U20s and it was for them that Flannery first witnessed him in action.

"Liam 'Boomer' O'Connor, the Munster loosehead, was behind him, selection-wise [in 2015]. I remember looking at Jeremy and seeing the stats that he was putting up. He's got a 55 centimetre CMJ [Counter Movement Jump]. He is phenomenally powerful.

"At the time, when I saw him at the Under 20s, I was like, 'This is just another absolute animal coming through now for Leinster'. And then it was just a case of a lack of game-time for him."

The Munster record for CMJ goes to captain Peter O'Mahony, who can spring 63 centimetres from a standing start. For Loughman - all 260 lbs of him - to get 55cm is some going.

"At Leinster," Flannery adds, "Loughman was probably behind Cian Healy, Jack McGrath, Michael Bent, who had played a bit of loosehead, Peter Dooley and Ed Byrne. All really, really quality players. Now I'm not saying he was behind them all, but they were trying to convert him to tighthead.

"He came down to Munster and we've had quite a few injuries at loosehead so he got his chance. He was phenomenal at the weekend. He was incredible."

Loughman scored Munster's first try but he did a lot more besides, sticking all of his defensive tackles (5) and making 15 carries for 23 metres as well as getting through his set-piece work and hitting plenty of rucks. One moment that stood out was his lovely skip pass to Chris Farrell that helped put Andrew Conway away for his try:

Could they be challengers for the #HeinekenChampionsCup throne this year?? pic.twitter.com/2ZZ18wUHVr

"I was commentating for the game," says Barry Murphy, "and for the first 20 minutes or so, he was all I was talking about. His ability to hit and spin and keep going, and pump his legs. He was making yards every time he carried. I was like, 'Where is this fella getting the ball and where is he coming out of?'

"And then in the second half, the ball pops into his hands out of nowhere and he just accelerates like a back who knows how to create space down to a tee. Then, he had two players outside of him that he could have pulled back a pass to or most props would just carry, he fires a 20-yard pass to the third option, Chris Farrell, and puts it right in front of him. As a 13, you love getting a ball that is just floating into your hands as you are coming onto it and you head is already up." 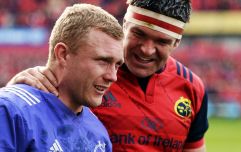 END_OF_DOCUMENT_TOKEN_TO_BE_REPLACED

Having made just two appearances in his first season with Munster, Loughman had 20 outings [nine starts] in 2018/19. He has featured in all seven of Munster's games so far this season and has given head coach Johann Van Graan something to consider when he selects his starting XV to take on Racing 92 in Limerick this weekend.

Barry Murphy, Andrew Trimble and Jerry Flannery are in the House of Rugby studio to look back on the weekend's rugby action, the Saracens sanctions imbroglio and they make a couple of fantasy transfers.


popular
The SportsJOE 12 o'clock quiz | Day 136
The daily diet of Manchester United midfielder Jesse Lingard
The diet of a modern day rugby player compared with a top jockey
COMPETITION: Answer this survey for a chance to win a fabulous stay at the Trident Hotel in Kinsale
James Ryan's misfortune opens Leinster and Ireland doors for Ryan Baird
The SportsJOE 12 o'clock quiz | Day 135
"It's not about winning at underage. It's about building players and building people"
You may also like
1 week ago
Dates and times confirmed for Irish province's return to rugby
2 weeks ago
"Get jacklers into your team" - How Munster should line up when rugby returns
2 weeks ago
Munster need JJ Hanrahan to wear the crown if they are to end Leinster's reign
2 weeks ago
"There was a Watt-bike, weights and a piece of grass waiting for him"
2 weeks ago
'Roman came up the highway from Dublin and asked if he could swim in the Shannon'
3 weeks ago
"I can't wait to get back out on the field, wearing the red of Munster" - RG Snyman
Next Page