Enough of that talking craic.

Half-time in Twickenham and things couldn't have been going much better for the Japanese. 15-10 they led Eddie Jones' side and they'd played all the rugby too.

Ryoto Nakamura skipped past England defenders like they weren't even there after 22 minutes and that brought the Japanese crowd to their feet. They were beginning to dream now.

Back row Michael Leitch dotted down a couple of minutes later from the right touchline after some shocking defending from England and their dreams were becoming a little bit more real.

The referee blew for the half-time whistle and these lads were pumped. They stormed in under the tunnel, the chests pushed out and their shoulders back.

Maybe they were a little bit too pumped. 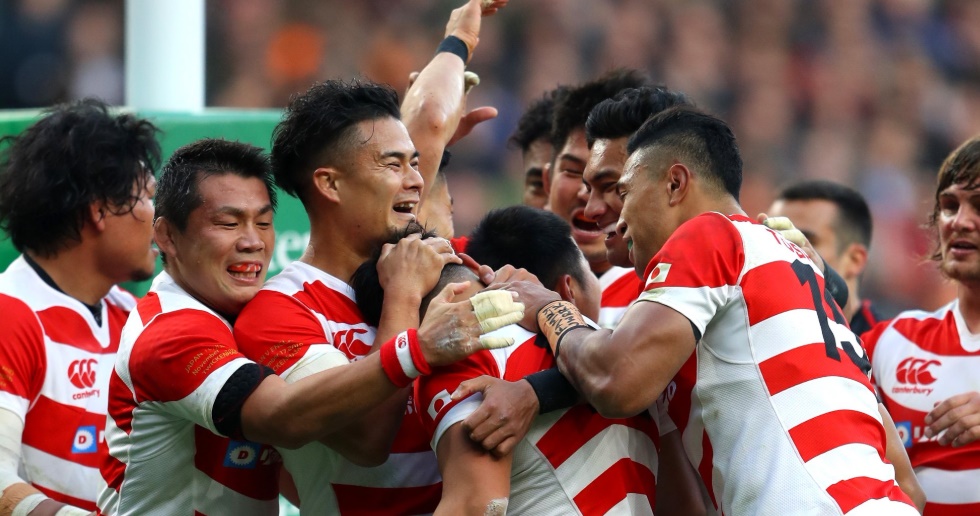 They'd put some amount of energy into that first half with men like Sakate and Van der Walt in particular hurling themselves into, on top of and all around anything that moved in an England jersey.

Time for a breather. Relax lads. 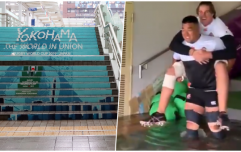 END_OF_DOCUMENT_TOKEN_TO_BE_REPLACED

Rather than relaxing and devising a plan to do in the second half what they did in the first, they were back out onto the field after spending less than ten minutes in the dressing room.

They were out on the Twickenham pitch five minutes early and they were lining out for lineouts and they were carrying out set-piece moves.

The Sky Sports commentators weren't the only ones surprised by this tactic from the Japanese.

In the end, it didn't work out too well for them with England turning on the style in the second half. The Japanese, in contrast didn't even register a score with England running out 35-15 winners.

popular
The SportsJOE 12 o'clock quiz | Day 140
Getting 20/20 in our Champions League quiz would be a miracle
"There's times I do think I probably have let people down but in fairness, I have got good support from back home"
Robin McBryde on training session that sent message to Leinster's international stars
Jonny Hayes and Aberdeen teammates apologise after Covid cluster shutdown
Frustration boils over for Shane Lowry at PGA Championship
The SportsJOE 12 o'clock quiz | Day 137
You may also like
10 months ago
38-year-old lock forces Ireland out of it with display of pure grit and honesty
3 years ago
Ireland fans are very, VERY happy with the World Cup draw
4 years ago
Japanese rugby fans are flocking to a Buddhist statue in their thousands for a bizarre reason
4 years ago
VIDEO: Boris Johnson mills tiny Japanese child during game of street rugby
4 years ago
Japan's win over Samoa absolutely smashed a world record
4 years ago
Pep Guardiola may have helped Japan pull off the biggest upset in rugby history
Next Page