Jack Carty has been named in Andy Farrell's Ireland squad for the 2022 Six Nations, and he will be pushing to start a couple of games.

While Ireland captain Johnny Sexton will head into the championship as the presumptive man to fill the No.10 jersey, Carty looks best placed to back the Leinster star up.

END_OF_DOCUMENT_TOKEN_TO_BE_REPLACED

Carty missed out on the initial Ireland squad for the Autumn Nations Series, last year, but was called in as injury cover for the New Zealand and, officially, Argentina games. Himself and Ulster's Billy Burns have played the most outhalf minutes since the last international window.

Joey Carbery injured his elbow on Munster duty and a scarcity of playing opportunities [much of it Covid-related] has seen Harry Byrne play just 98 minutes for Leinster this season. Carty has World Cup experience, from 2019, and has done well in Europe this season, but Jamie Heaslip remains to be convinced of the Connacht star at Test level. 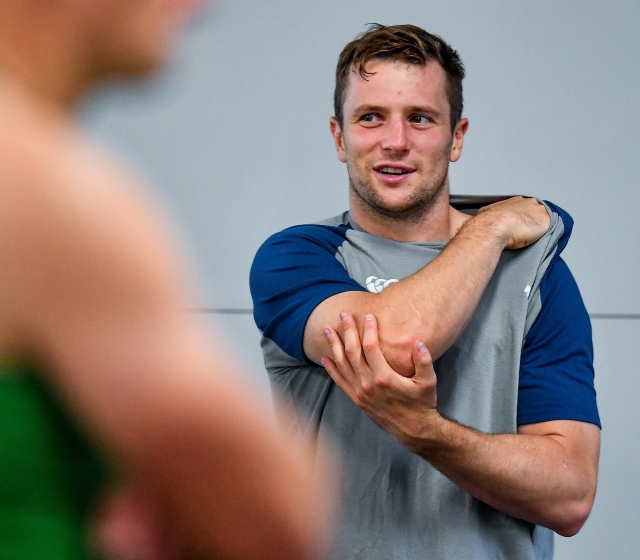 Jack Carty pictured, in 2019, during an Ireland squad gym session at Shirouzuoike Park in Fukuoka, Japan. (Photo by Brendan Moran/Sportsfile)

END_OF_DOCUMENT_TOKEN_TO_BE_REPLACED

Asked, at an event to mark RTÉ and Virgin Media sharing free-to-air Six Nations rights, what outhalf would 'be on the bench' and backing up Johnny Sexton, former Munster and Ireland flanker Alan Quinlan pressed the case for Jack Carty.

"His form has been exceptional, of late," said Quinlan. "There was obviously a bit of a hangover from the World Cup - it affected his confidence and performances. With Joey Carbery out, there it is a pivotal position. The way Jack has played in the past few months has been really exciting. He has grown into his game, and has more control in it."

The discussion took place out on the Aviva Stadium pitch, just four hours before the squad announced, with Sexton, Carbery and Carty all included.

END_OF_DOCUMENT_TOKEN_TO_BE_REPLACED

Jamie Heaslip is not so sure. He proclaimed 36-year-old Sexton to be the GOAT (Greatest Of All Time) while relegating 29-year-old Carty to "the last chance saloon". Asked if it was a case of Sexton as starting outhalf and the rest in the distance, Heaslip said:

"100%. He's head and shoulders above everyone else.

"I'd disagree [with Alan] about Jack Carty. Sorry, I wouldn't disagree but it is last chance saloon for him, if he gets a chance with Ireland. There's a lot of other guys sniffing around.

As for Ireland players to look out for in the championship, Heaslip named Caelan Doris and Leinster's tandem hookers, Rónan Kelleher and Dan Sheehan. "The potential to grow in Sheehan is exciting," he said. 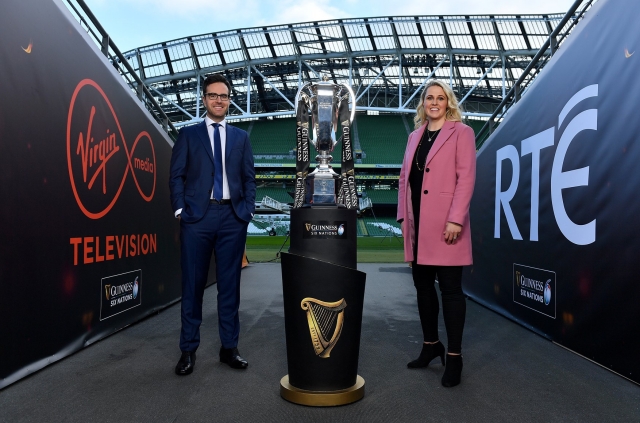