James Ryan has been recognised by peers with a prestigious rugby award.

On Saturday evening, not long after Leinster had lost the Champions Cup final, Jack Conan stood near the exit to St James' Park and marvelled about James Ryan.

"Like, the kid is 22, he leads from the front through his tackle count, through his carries. He’s a complete freak. He’s one of the best players I’ve ever played with. He’s extremely humble, a nice bloke, he always wants to be better and wants to keep on working and give everything for the team... You know, he’s a top quality, and one of the best in the world, no doubt about it."

Conan is not the only active player in world rugby to hold such a view. Pick a British & Irish Lions team to play next weekend [skipping two years ahead] and it would be Ryan and Maro Itoje. 22 and 24, and the best two locks in the northern hemisphere.

On Wednesday night, in Dublin, Ryan's feats on the rugby field were acknowledged by his fellow professionals as he won the Players' Player of the Year prize at the Zurich Irish Rugby Players Awards ceremony. 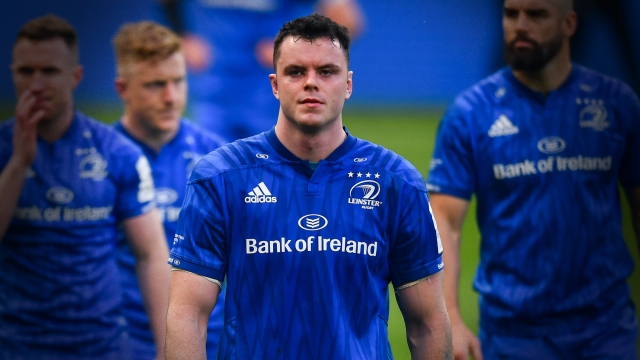 James Ryan has been a totemic figure for Leinster and Ireland this season. (Photo by Ramsey Cardy/Sportsfile)

Ryan saw off Joey Carbery and Tadhg Beirne (Munster) and Connacht's Jack Carty for that accolade while he was voted Young Player of the Year ahead of Jacob Stockdale and Jordan Larmour. Some going for the former St Michael's College lad, who commented:

"It’s always nice to win awards, but tonight has been particularly special in that I am being recognised by my teammates and opponents. I have many great memories of the season but there have also been plenty of learnings that I will take with me into the future. A special word of thanks to my family who continue to guide me through what has been a fairly hectic rugby career to date."

END_OF_DOCUMENT_TOKEN_TO_BE_REPLACED

Elsewhere on the night, it was not a complete trophy-hog for the Leinster lock.

Amee-Leigh Murphy Crowe and Terry Kennedy won the women's and men's awards for 7s Player of the Year, while former Ireland fullback Conor O'Shea was inducted into the Hall of Fame.

CHECK OUT THE LATEST HOUSE OF RUGBY EPISODE


popular
Can you name every English football club that begins with 'W'?
The SportsJOE 12 o'clock quiz | Day 106
SportsJOE 2000s Football Quiz | Round 9
QUIZ: Name the country these football teams play in
Jack Grealish reveals the reason he wears his socks like a GAA player
The SportsJOE 12 o'clock quiz | Day 105
How Connacht could line up after summer of massive change
You may also like
1 day ago
Peter O'Mahony on the Paul O'Connell conversations that shaped his captaincy
1 day ago
"He just walked out the door without saying goodbye or anything. It was just so Axel. It was so perfect."
4 days ago
"The academy boys have turned into small monsters over the past few weeks" - Peter O'Mahony
4 days ago
Baz & Andrew's House of Rugby - Keith Earls joins us for Season Two finalé
1 week ago
"Having one of the best in the world to emulate has been really good"
1 week ago
QUIZ: How well do you know Paul McGrath's football career?
Next Page