James Ryan was spared the usual Monday morning match review, this week, and Tuesday too. It was only Wednesday and Thursday when the bulk of the Irish squad - although without Cian Healy (injured) and released Connacht players Dave Heffernan and Ultan Dillane - took a deep breath and re-lived that 24-12 loss to England.

That defeat was not as close as the final scoreline suggests and it cost Ireland a Triple Crown and potential Grand Slam. We spoke with Ryan the day before Ireland's Guinness Six Nations match with Italy was postponed and he was raring to get out there again. The Leinster lock and his international teammates will have to bottle that feeling until March 14.

All things going well, Ireland will travel to Paris next month for a game that could still help them to a fourth championship in seven attempts. The Italy game will be rescheduled for a weekend later this season and it may have to be the Guinness PRO14 that shares the stage, and loses some marquee names.

Rob O'Hanrahan had the pleasure of Ryan's company, this week, as the 23-year-old spoke about chats with his idol, Paul O'Connell, adding to his already formidable game and his admiration for Brodie Retallick. 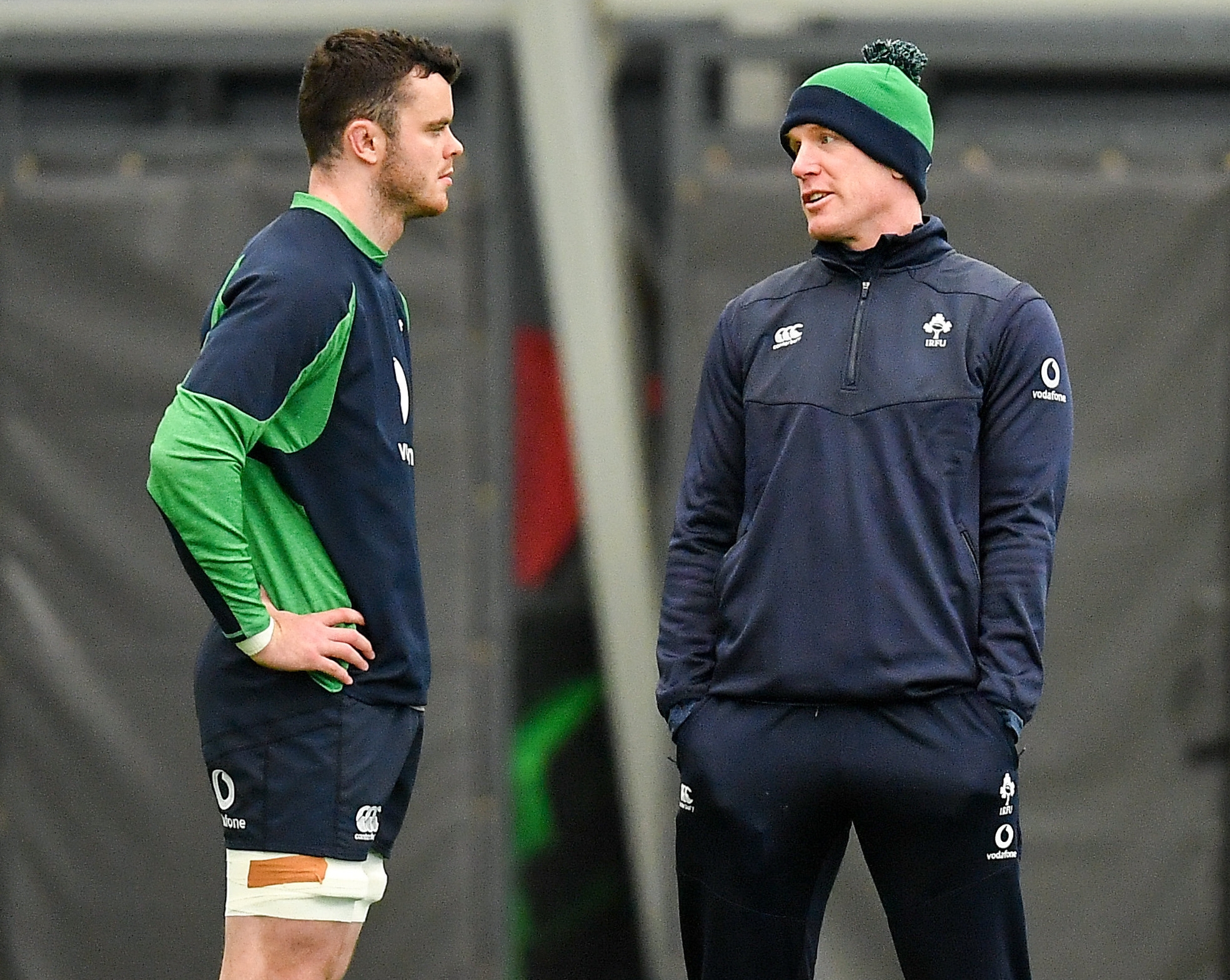 Former Ireland captain Paul O'Connell in conversation with James Ryan, left, during a training session at the IRFU High Performance Centre at the Sport Ireland Campus in Dublin. (Photo by Brendan Moran/Sportsfile)

"It was brilliant. I got to sit down and have a chat with him one of the nights and it was cool for me. He's obviously been through a lot, seen it all, and we just had an open, flowing conversation. He talked about some of his experiences, I talked about some of mine and how they compared.

"One thing I took from it was the level of thought and planning he put into his training week. As opposed to a player who goes on the training field and trains for 40 or 60 minutes and leaves and goes back into the changing room, he knew exactly what he was doing before training and post-training. So it was little one-percenters like that, something I can take from him that was interesting for me. He just put a lot of thought into his training week, which was interesting.

"It was up to us to go and ask to have a chat with him. He was there and, as far as I've heard, he was mentally top class. He was a brilliant resource for us to have for the week. I spoke to him and he said he'd love to sit down with me, so we had a chat and it was cool.

"From that, to how he felt leading up to games, what was his sleep like, what he did on the day of games, lots of little things. A lot of the things would have been similar but just getting his viewpoint on preparation and the mental side of the game was cool.

"I had read his book a few years ago as well. I couldn't remember all the details but I had an idea of some of the things. He was [an idol], he did it all really so it was a privilege to have a conversation. It was great for me."

Making improvements in his game 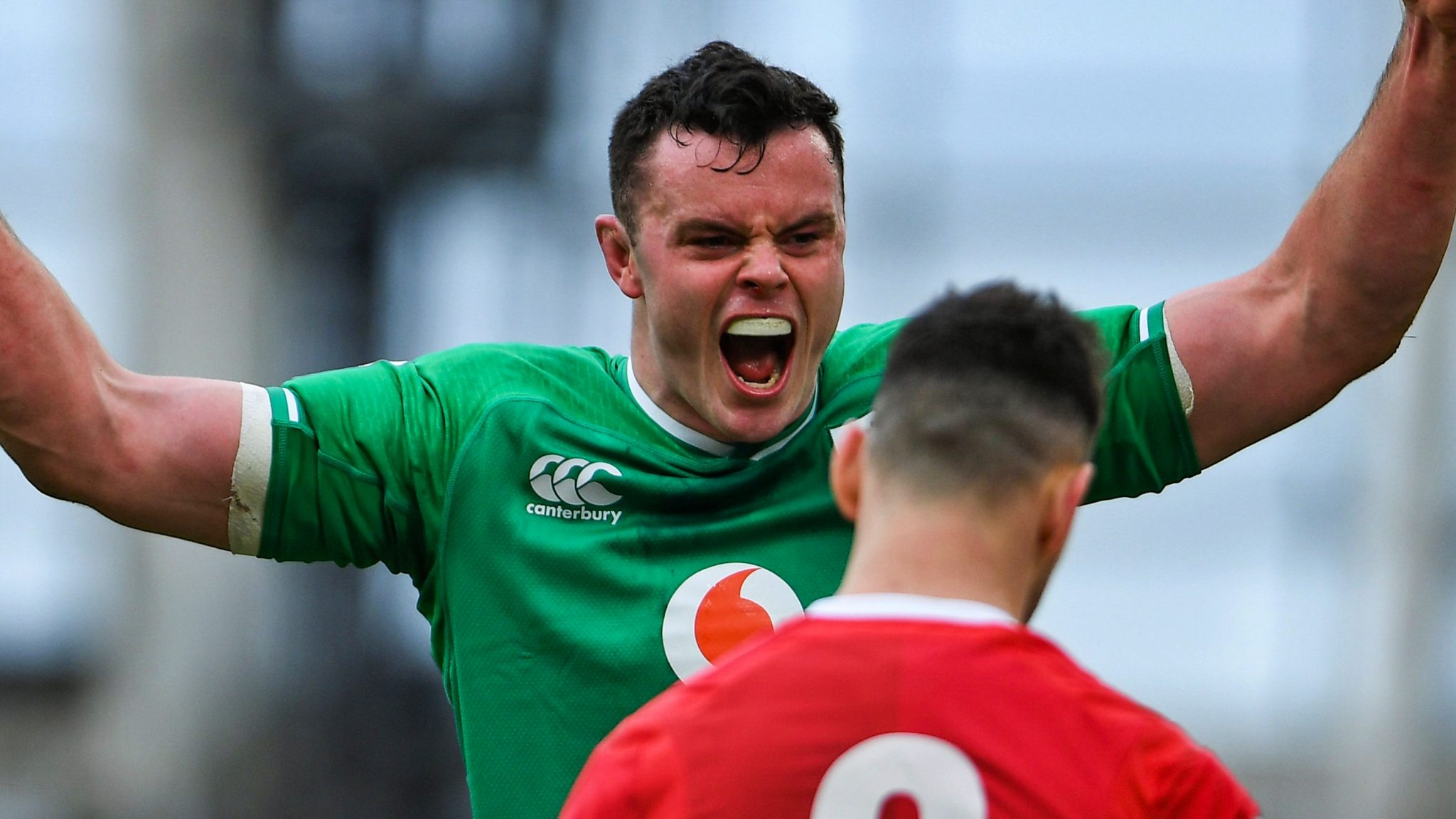 "I'm looking to get better all the time and the set-piece is a big one, lineout and scrum. I'm doing a lot of work with John Fogarty scrummaging-wise and Robin McBryde has come into Leinster and done a superb job. A lot of the stuff would be set-piece, my scrummaging.

"Lineout-wise, it would be my speed, my movement, my shape in the air, all little components of that area that make a difference when added up.

"Then I'm always looking to bring that edge as much as I can. I think when we have that as a team, we can be really hard to beat." 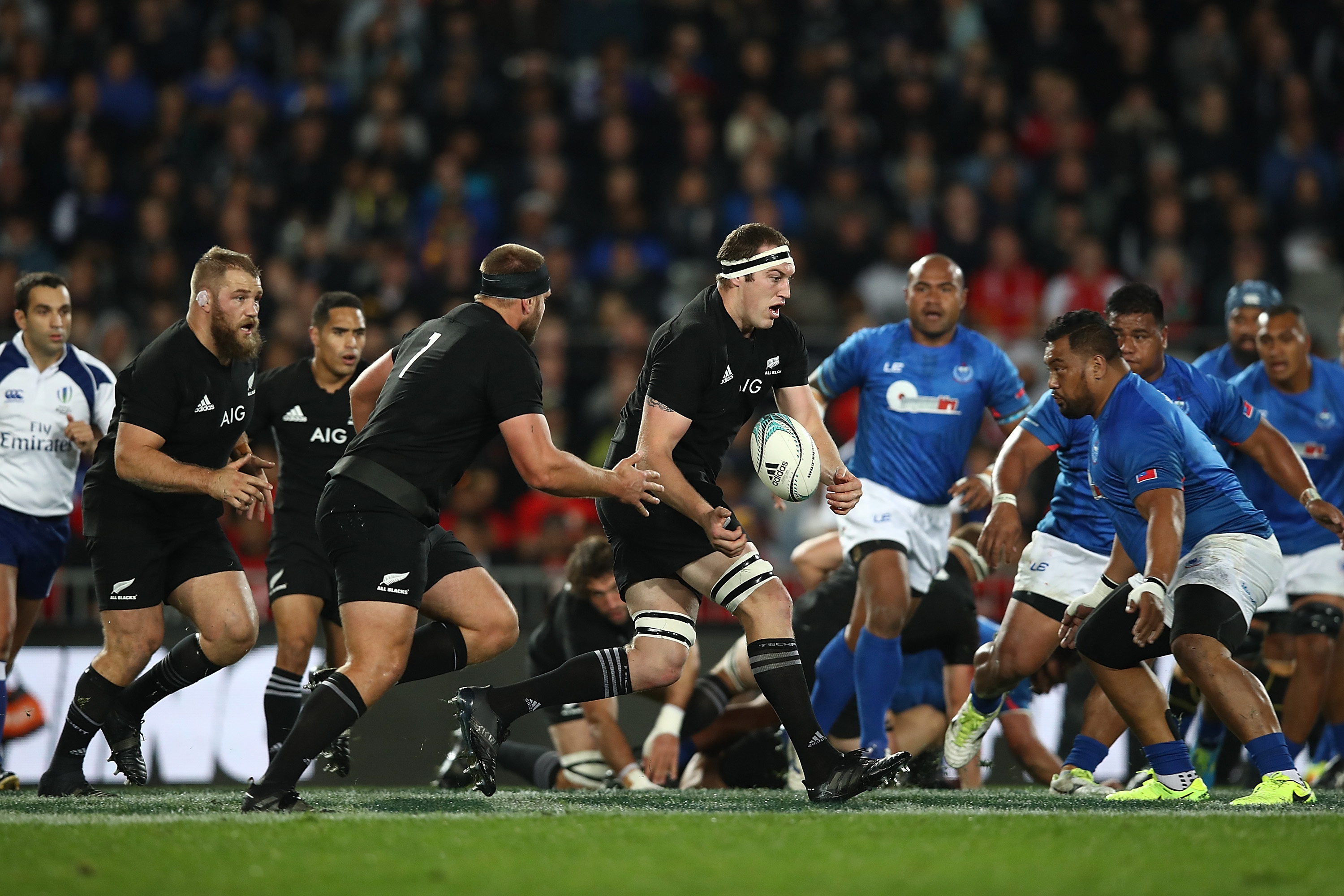 "Handling is another one, I think Brodie Retallick does it very well, his handling is world-class. He threatens the line and he plays it late or he's able to play that late tip-on pass probably because he scans and he sees the pictures really early, so when he gets into that position he's not rushed and he's able to make those passes front door or out the back.

"Handling is definitely an area of the game that I'm working on and Mike Catt has come in and is big on that, he's been class on that. I'm learning loads from him and trying to improve in that regard."

popular
The SportsJOE 12 o'clock quiz | Day 291
Roy Keane story shows the power he had at Manchester United
Three players locked in Ireland jerseys after Thomond Park trial
McGregor admits shout from Dustin Poirier's corner got inside his head
Jolie Poirier certainly let her voice be heard after her husband's win over McGregor
How Declan Rice pursuit contributed to Frank Lampard's Chelsea sacking
Two uncapped players and some shock omissions as Ireland name Six Nations squad
You may also like
6 hours ago
Ireland's best XV to face Wales after 2021 Six Nations squad calls
7 hours ago
John Cooney the latest Ulster face not to fit in Ireland's set-up
1 day ago
Three players locked in Ireland jerseys after Thomond Park trial
2 days ago
Two uncapped Munster players backed for Ireland's 2021 Guinness Six Nations squad
6 days ago
"That was the one game that I cried after" - Mike McCarthy
6 days ago
QUIZ: You'll need to be a massive Ireland fan to get all these one-cap wonders
Next Page