Joe Schmidt will have loved this.

Alun Wyn Jones is one of the canniest operators out there but he could not escape James Ryan in time.

The Wales captain is one of the most experienced forwards in the game and he knows just about every trick of the trade.

END_OF_DOCUMENT_TOKEN_TO_BE_REPLACED

One fine example of it arrived 44 minutes in, when Johnny Sexton delayed his pass to put Rob Kearney through a gap on the right wing. The fullback teamed up with Keith Earls, who then found Conor Murray. After juggling to hold on, Murray was stopped by Jones and then held on the deck for 12 whole seconds. 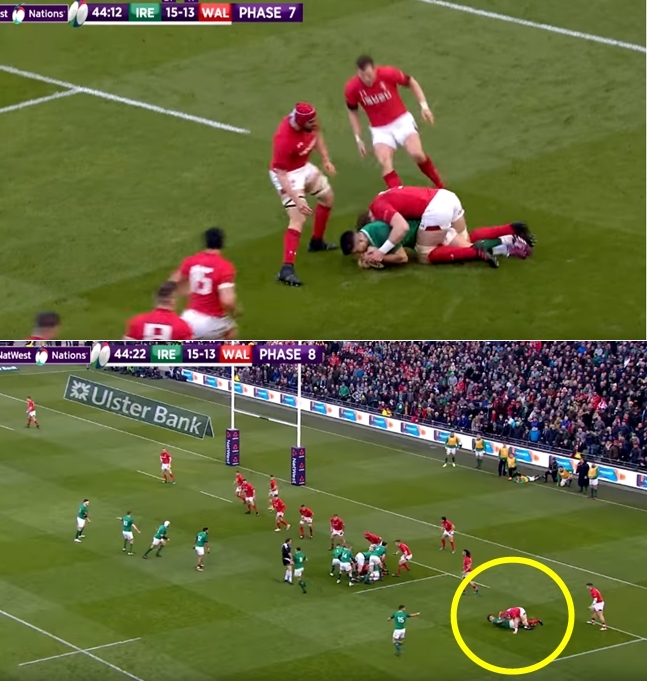 Jones knew what he was up to and both Murray and a pointing, hollering Kearney were furious. Ireland were pressing for a try and Jones was pinning down their No.9 for as long as he was possibly allowed to get away with it for.

Fortunately for Ireland, James Ryan made a strong carry near the posts and Dan Leavy, with Rory Best and Sexton latching on, got over for his side's third try of the game.

END_OF_DOCUMENT_TOKEN_TO_BE_REPLACED

The try-scoring bonus point arrived nine minutes later and Ryan played another crucial part in Ireland getting over the whitewash. His mission was to clear out Jones and keep him out of the picture.

Ireland had an attacking scrum near the Welsh tryline and Murray made the initial snipe before Sexton fended off Steff Evans and gained some ground. CJ Stander was the next to offer for a carry and it took four Welshmen to halt his tracks.

This is where Jones came on the scene. A master of slowing down the ball, he went into the breakdown with that sole mission in mind. His team needed to regroup and he was willing to get his hands dirty.

Ryan had his card marked, however, and was on the case: 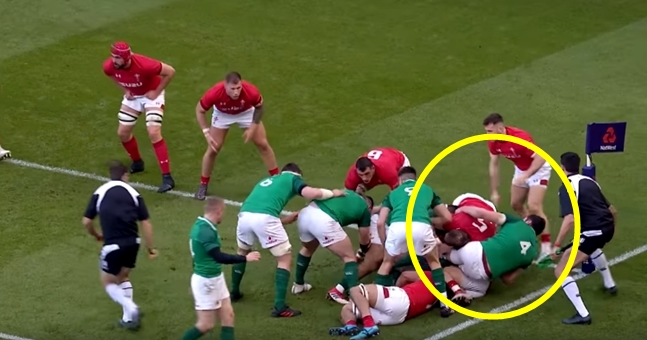 END_OF_DOCUMENT_TOKEN_TO_BE_REPLACED

It was not that Ryan just cleared Jones out. He repaid the favour by pinning him for a couple of seconds too long.

That left a straight match-up between Healy and the latched Peter O'Mahony, and Wales' Aaron Shingler and Ross Moriarty. Healy got low and got the job done. By the time Jones was released by Ryan, it was too late:

"I get a little bit excited about James Ryan and Andrew Porter. They were on a huge stage, replacing big players for us, and they did well."

This Ryan lad could have a promising future in the game yet...