"You can just see how hard he works."

For the past four weeks, Leinster's coaches were offering optimistic updates on Tadhg Furlong, Dan Leavy and James Ryan. For the first three games of the resumed rugby season, however, the trio did not feature.

So, last Monday, when a Leinster update espoused how Ryan should be available for the Guinness PRO14 final, many took it with a pinch of salt. The 23-year-old had undergone surgery on a dislocated shoulder in the summer and was, initially, expected to be out of commission for 10 to 12 weeks.

END_OF_DOCUMENT_TOKEN_TO_BE_REPLACED

On Thursday, Leinster backed up that Monday update and Ryan would be featuring in the final. Not only had he made the Leinster squad, he was named to start in the second row alongside Devin Toner. World Cup finalist Scott Fardy was on the bench, with Ryan Baird missing out completely.

And sure enough, on Saturday evening at the Aviva Stadium, Ryan lined out and faced down the Ulster lads. This was not a mirage. This was not going to be easy. As miraculous comebacks go, Ryan's is right up there.

Back in June, when the Leinster squad was permitted to train in small pods at their UCD base, Ryan was setting personal best times in the Bronco Test and looking in great nick. 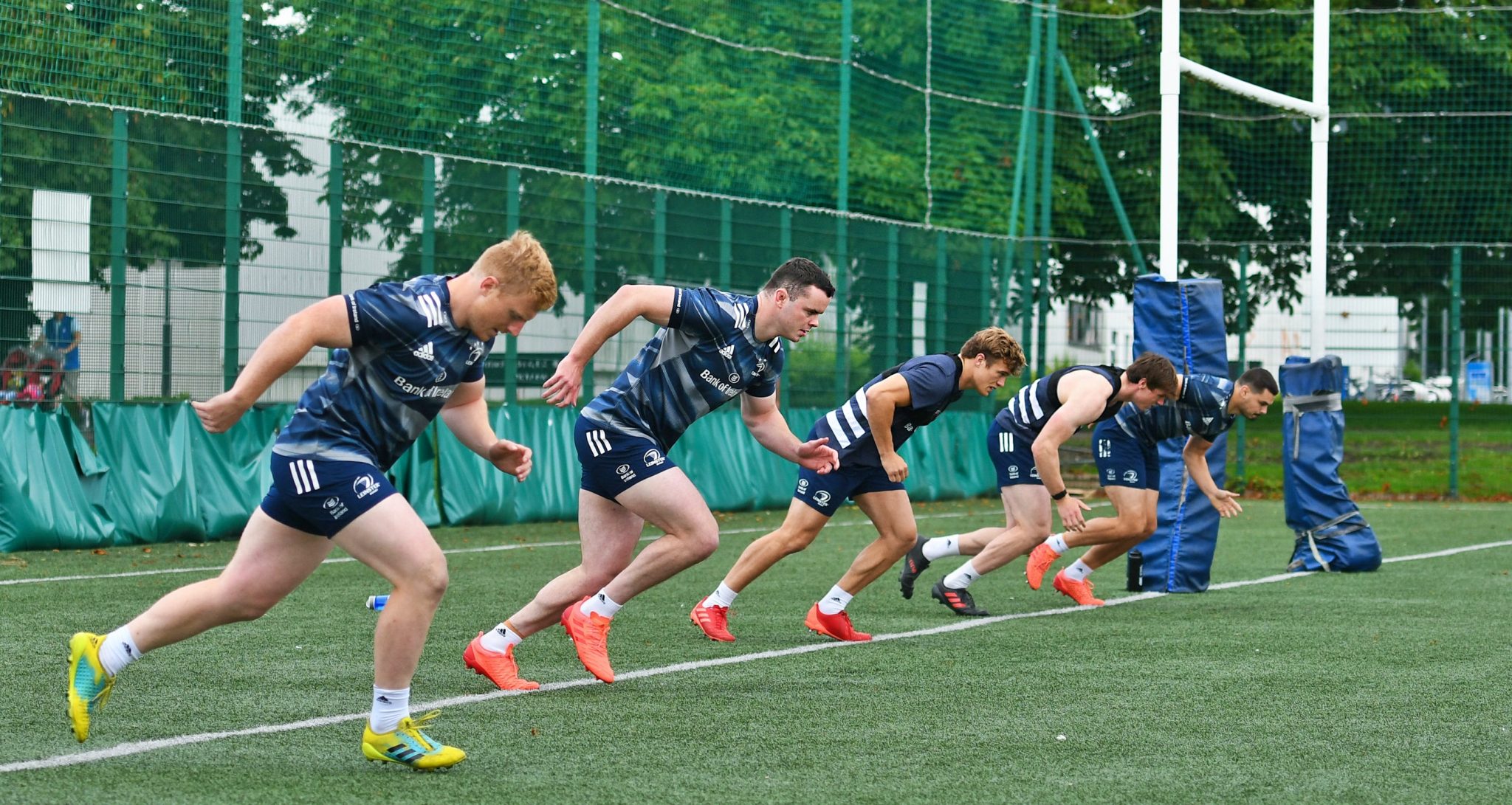 END_OF_DOCUMENT_TOKEN_TO_BE_REPLACED

A couple of training pictures featuring Ryan were taken by Marcus Ó Buachalla for Leinster Rugby on June 22. He next pictured, running again, on August 4. Leinster head coach Leo Cullen confirmed that Ryan injured his shoulder in that 'first block' of training as the squad came in from their homes to get to it.

The shoulder surgery came in between and the former St Michael's and Ireland U20 captain was already back running a just over a fortnight before rugby returned [on August 22]. On July 6, Cullen commented, "James is making really good progress, he is flying it. He’s running and lifting in the gym."

Word from inside the Leinster camp was extremely positive, too. Teammates marvelled at how quickly Ryan had reached then bypassed all the comeback markers laid down before him. Leinster senior coach Stuart Lancaster remarked on the boundless enthusiasm and work ethic displayed by Leavy and Ryan. Even Fergus McFadden, who some were prematurely retiring after his calf injury, was blowing past his markers. No-one wanted to miss out on the fun.

August 17 saw him flinging the ball around in a Leinster pitch session, before the Munster regular season game, and he was doing sprints with Leavy and Max Deegan on the following Monday. Each week that passed saw Leinster saw his status would be reviewed later in the week, but his comeback was sensibly delayed until the time, and his body, was right.

END_OF_DOCUMENT_TOKEN_TO_BE_REPLACED

For the Ulster game, on August 29, which saw Ross Molony and Toner start in the second row, Ryan and Leavy were out on the pitch for the warm-up drills. Ryan then had water duties during the game and no doubt passed on some advice during his sojourns onto the pitch. 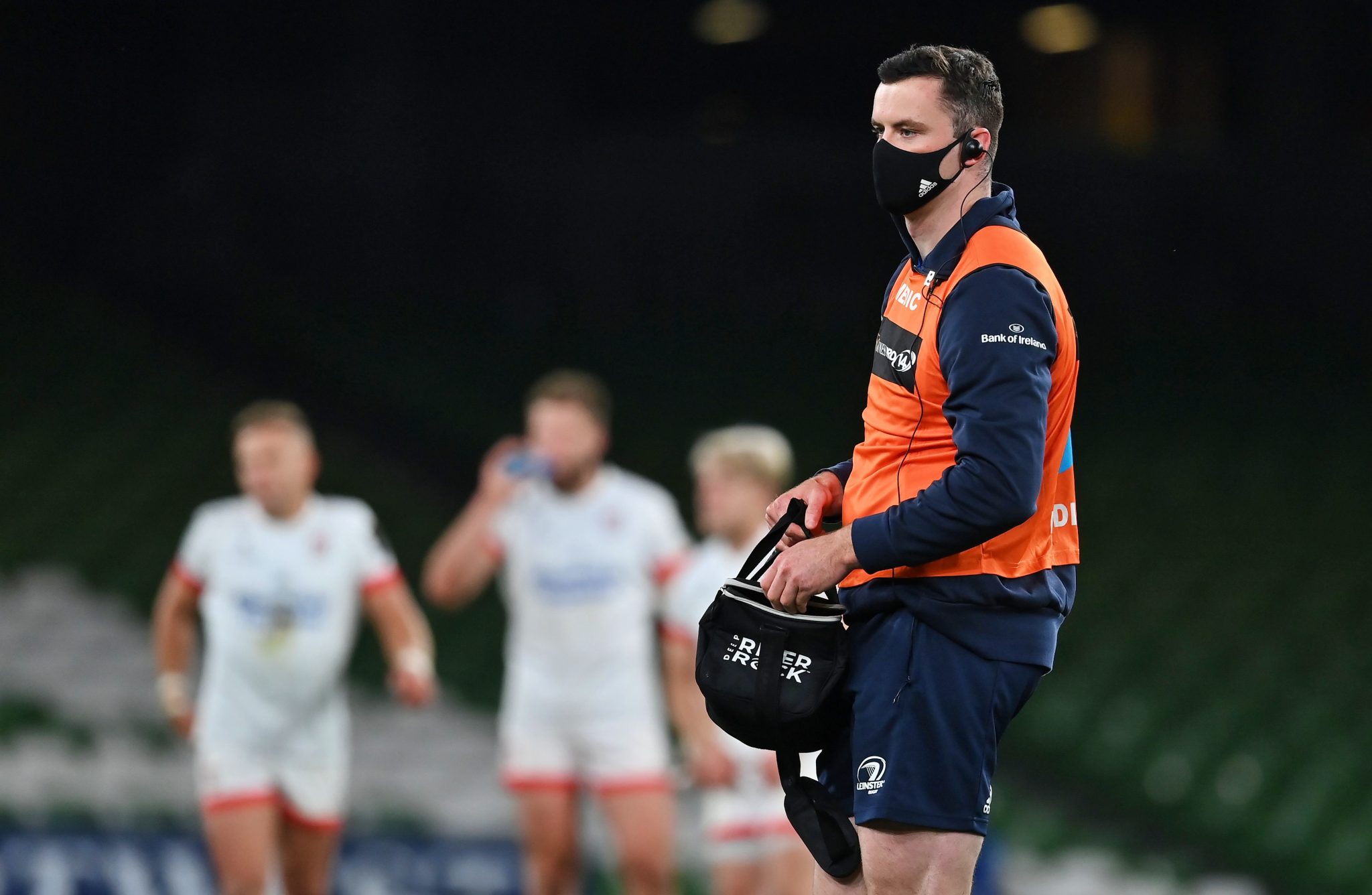 He sat out the semi-final win over Munster but, once the medical staff had given the green light, Cullen pulled the trigger for the final.

Josh van der Flier started that final alongside Ryan and gave an insight into the buckets of sweat and effort that went into him taking the field for the decider. He said:

"James has worked unbelievably hard. He is one of those guys who'd be in on his day off, at six and seven in the morning, working hard. He's constantly doing his extras.

"He's been working really hard with the rest of the team on the lineout calling; trying to prepare the other players the last couple of weeks for the opposition lineouts, Munster and Ulster. Behind the scenes, he is always keeping in touch with everything and making sure we're prepared. And you can just see how hard he works."

As for the game itself, it was Ryan at his brutish best. Not quite reaching 100 or even 90% but still damned effective and a nuisance Ulster struggled to deal with.

In his 64 minutes on the field, Ryan made five carries, stuck 12 tackles [10 of them in the first half] and hit over 15 rucks. The Leinster lineout was ropey but it was Toner making the calls, even if he and Ryan did have one poor communication breakdown. Otherwise it was all good, and a man that crashed into tackles and breakdowns showing full confidence in that recently fixed shoulder.

He was replaced with just over 15 minutes to go, by Fardy, with the job almost done. Caelan Doris sealed victory with a late try under the sticks and we had the sight of Ryan, Fardy, Toner and Molony - medals draped around their necks - standing behind a PRO14 trophy they have made their own since May 2018.

For Ryan, it was one game back into his comeback but, like his teammates, he did not linger on the pitch long. Maro Itoje, Saracens and and 11-month stretch of ceaseless rugby await.


popular
World Cup Power Rankings: The top eight pundits of the tournament so far
Rory McIlroy explains 'falling out' with Shane Lowry that lasted a few years
Talksport presenter puts Martin O'Neill to the pin of his collar over Declan Rice and Jack Grealish
World Cup Power Rankings: The top 10 players at the tournament ahead of the quarter-finals
Roy Keane scores winning goal past Micah Richards in ITV v BBC pundits match
Ariel Helwani shares Paddy Pimblett WhatsApp messages as spat becomes public
Gary Neville sticks up for Ronaldo as contextless pictures and videos taken as gospel
You may also like
2 weeks ago
Alternative World Rugby Dream Team selected, with two extra Ireland stars
2 weeks ago
"Two Irish players are best in the world" - Rugby reacts to big Josh van der Flier and Terry Kennedy awards
2 weeks ago
Two baffling omissions as four Ireland stars make World Rugby 'Dream Team' of the Year
2 weeks ago
Josh van der Flier claims World Rugby Player of the Year at Monaco ceremony
2 weeks ago
"Highlight of my Ireland career" - Behind the scenes as Jack Crowley and Ross Byrne covered for a legend
2 weeks ago
Bundee Aki reminded us all of his best qualities, on a night Ireland couldn't do without him
Next Page