Leinster have made league history after winning the Guinness PRO14 for the third season in a row.

Ulster pulled off one hell of a comeback to stun Edinburgh, last weekend, in the semi-finals but, once they put some daylight between their opponents, Leinster brutally snuffed out a repeat. 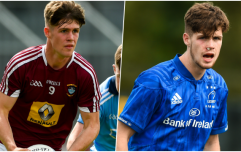 END_OF_DOCUMENT_TOKEN_TO_BE_REPLACED

Leo Cullen and Stuart Lancaster had to endure a difficult opening half hour, at the Aviva Stadium, as James Hume put Ulster 5-0 ahead thanks to a superbly worked try and his electric pace. Leinster have not been in too many holes this season, on their 23-game winning streak, but their pulses may have quickened slightly as Ulster threw the kitchen sink.

In response, Jamison Gibson Park flung a tracer bullet. The Leinster No.9, picked ahead of Luke McGrath for the final, found James Lowe with a lazer pass that took out two Ulster defenders and it was game on again.

Tracer bullet from Jamison Gibson Park for that Lowe try👌

Ross Byrne converted that score and added a penalty to make it 10-6 before the Blues' defence earned their corn with some robust tackling before they secured a crucial turnover in their 22.

Ulster ended the half on the attack but, repelled again and going nowhere fast, Alby Mathewson kicked the ball out for half-time. Having made most of the running in the opening half, Ulster must have wondered how they were not going into the dressing rooms with the lead. HALF-TIME: Leinster 10-5 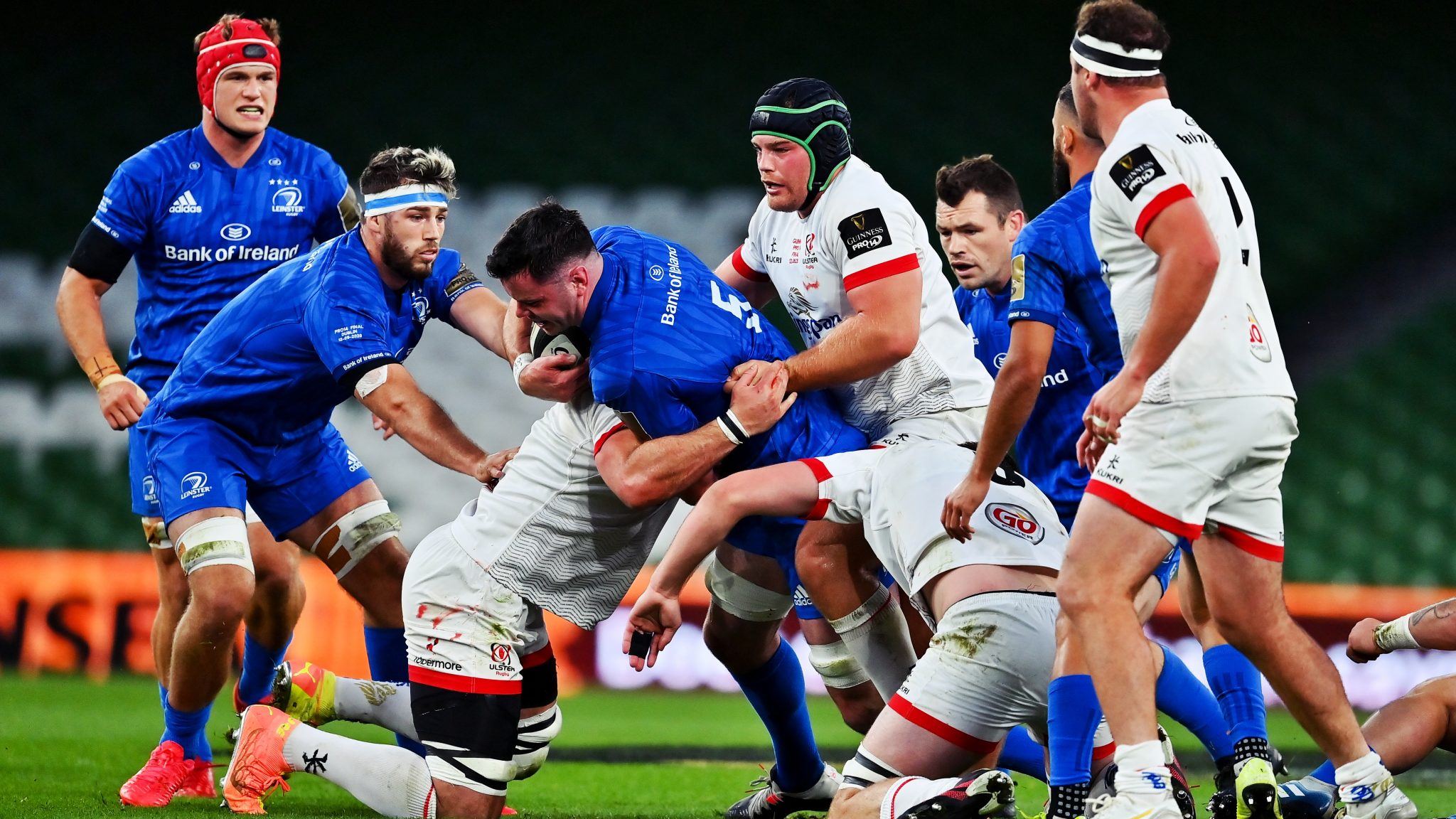 Leinster lock James Ryan is stopped in his tracks at the Aviva Stadium. (Credit: Sportsfile)

END_OF_DOCUMENT_TOKEN_TO_BE_REPLACED

The contest was effectively ended within 10 minutes of the restart. First, Byrne popped over another penalty to extend the lead. Soon after, Robbie Henshaw pounced.

Billy Burns was not having the best of nights in the 10 jersey, for Ulster, and Henshaw swooped in to intercept a pass he had intended for Stuart McCloskey. The Leinster centre galloped away and dotted down under the posts to make it 20-5.

There was still time for Leinster to give McGrath, Scott Fardy, Will Connors and Johnny Sexton runs out ahead of next weekend's Champions Cup quarter final against Saracens. And to see this one out, of course.

Caealan Doris bagged himself the exclamation point try at the end as the three-in-a-row was sealed in style.

OUR MAN OF THE MATCH: Caelan Doris


popular
WATCH: Paul O'Connell proves for the umpteenth time that he's not like us mere mortals
Kieran Donaghy set to break 30-year-old club record this weekend
"He's one of the best athletes, if not THE best athlete I've seen in the last while"
Shane Walsh: 'That's not how I was coached to play football. No one was coached to play football that way'
Sean O'Brien shares some of the worst player forfeits from his Leinster days
Study shows GAA players more prone to binge drinking than their peers
Danny Mills forgets he's on air as he calls Man Utd 's***' on Sky Sports
You may also like
2 weeks ago
The Leinster and Munster tries that should have both sets of fans excited
2 weeks ago
Will Connors on what it's like to play under Johnny Sexton's fiery leadership
1 month ago
Garry Ringrose raves about four young Leinster stars to watch this season
1 month ago
'Brian was a genius... he would've killed you to even win a game of touch'
1 month ago
Shocking footage of women's interpro changing facilities proves talk and hashtags are cheap
1 month ago
"If I had something to say to someone, I'd just say it to their face" - Johnny Sexton on Cooney claims
Next Page