Better the devil you know.

As soon as he landed in Ireland, he was up to speed. He was well aware of the rivalry before he touched down in Dublin but Isa Nacewa was quick to fill in the blanks. The Leinster vs. Munster games are the ones that draw all the eyes and Lowe would do the rest.

END_OF_DOCUMENT_TOKEN_TO_BE_REPLACED

He has played Munster eight times, at this stage, and scored four tries. He was sent off for taking out Andrew Conway under a high ball, in December 2018, but it has been an otherwise fruitful experience.

And then there's the chat. Always with the chat.

Lowe has given a slew of Munster players a piece of his mind, with Chris Cloete and Andrew Conway coming in for a lot of chat and scoreline reminders during, and after games. It was always going to be interesting, then, when Lowe hooked up with the Ireland squad and his inter-provincial foes, from Munster, became teammates-in-waiting. 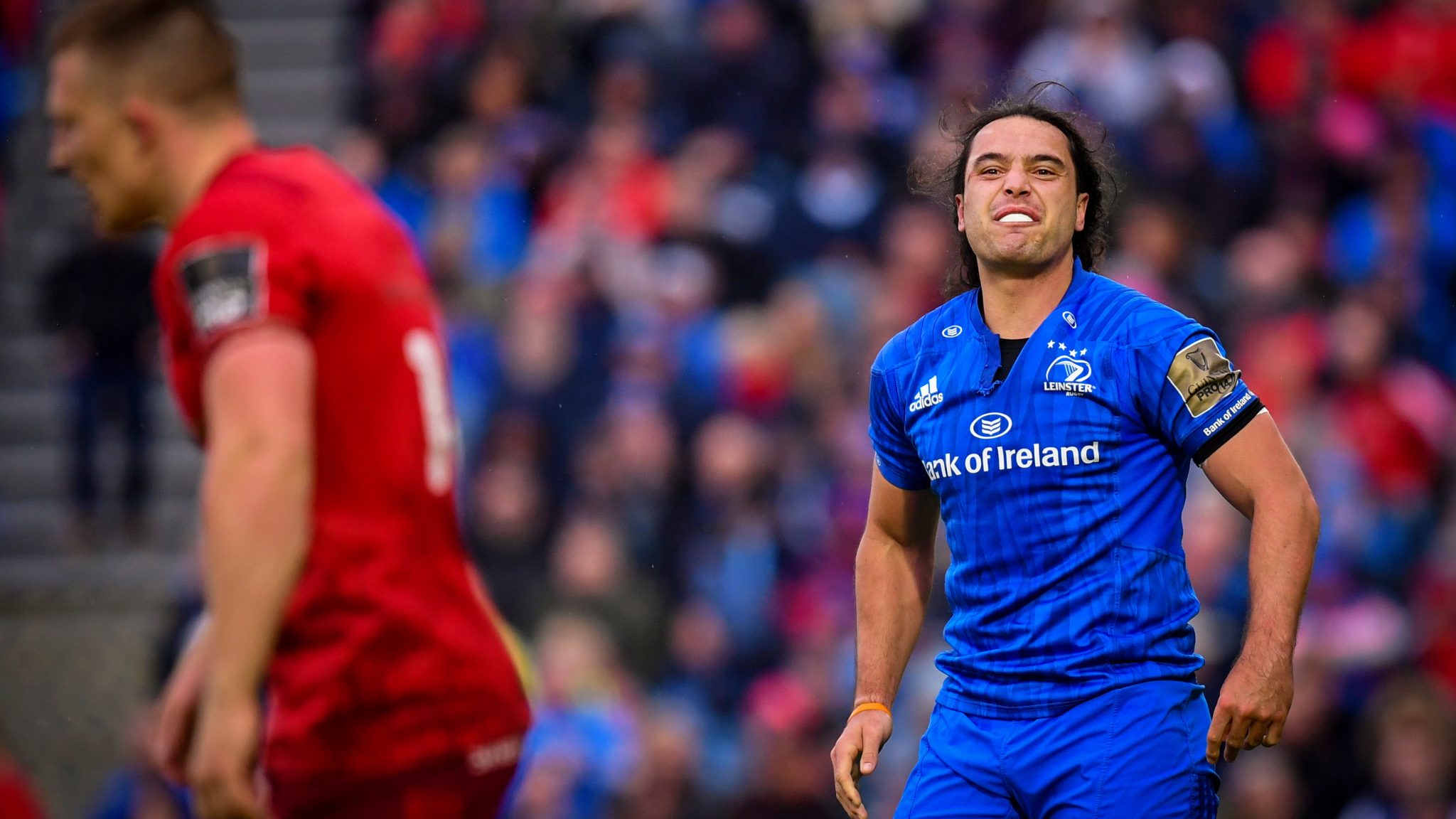 Lowe has been named on the left wing for Ireland's Guinness Series home tie against Wales, in the Autumn Nations Cup, and is one of 11 Leinster faces in the starting XV. Ireland coach Andy Farrell says:

"James brings an extra dimension to how we want to play. We have all seen him play PRO14 and what it means for Leinster so hopefully he can bring the same. Hopefully on top of that he brings extra competition for places in our squad which is very important for us going forward."

Lowe does not reserve the smack-talk for his rivals. During a House of Rugby appearance, back in 2018, he spoke about going after alpha dog Johnny Sexton in his first training sessions at Leinster.

"I just felt, when I got here, that [with] a lot of those Irish internationals, nobody really pushed their buttons. And I always push people’s buttons, whether it’s for the good or the bad. And I wanted to go for the big dog, first up. I got a good reaction out of it, but he’s always the winner at the end of the day."

END_OF_DOCUMENT_TOKEN_TO_BE_REPLACED

Still, there must have been some wrinkles to smooth out when Lowe came in to start chatting tactics and sessions with the likes of Conway, Peter O'Mahony, Keith Earls & Co.

Munster and Ireland centre Chris Farrell, who was named at outside centre for the Wales game, spoke about how Lowe's genial nature saw first (and second, and third) impressions change pretty quickly.

"That's always the thing when you play against someone. The perception you might have of them is always very different to the people that are teammates with him and know him personally. He has that fiery edge.

"When you play against Bundee Aki at Connacht, it's the same with him too. He has that fiery edge that when you're playing against him, you're thinking, 'Jeez, I don't know if I like this fella'. But whenever you get on the same side as him, he's exactly what you want. That's why he's so valued by his teammates at Leinster - and at Connacht with Bundee - they bring and edge to the provinces that is valued as they're so, so competitive and combative.

Another way to ingratiate yourself to new teammates is by coming up with some quality entertainment or something to take everyone away from thinking about rugby non-stop. Lowe and Leinster teammate Will Connors did that, recently, by hosting a quiz night that went down well with the squad.

One hopes that they skipped a round on recent trophy successes or those feisty inter-pro games.