"I wouldn’t be a hot-head, by any means, but I’d always poke and prod and see if you can get a reaction."

Liam Williams likes to make his presence, and voice, known on the rugby field. James Lowe is no different.

END_OF_DOCUMENT_TOKEN_TO_BE_REPLACED

It was no surprise, then, to see the pair clashing on a couple of occasions when Lowe made his Test debut in Ireland's 32-9 win over Wales, last month. Williams has been in a few scrapes with Irish (and other) players over the years, but play quickly resumed both times with no baying crowd adding fuel to the fire.

Lowe joined hosts Eimear Considine and Ian Madigan on House of Rugby Ireland and (listen from 15:20 below) opened up on his busy history with Williams, and why he enjoys facing the Wales and Lions back so much. 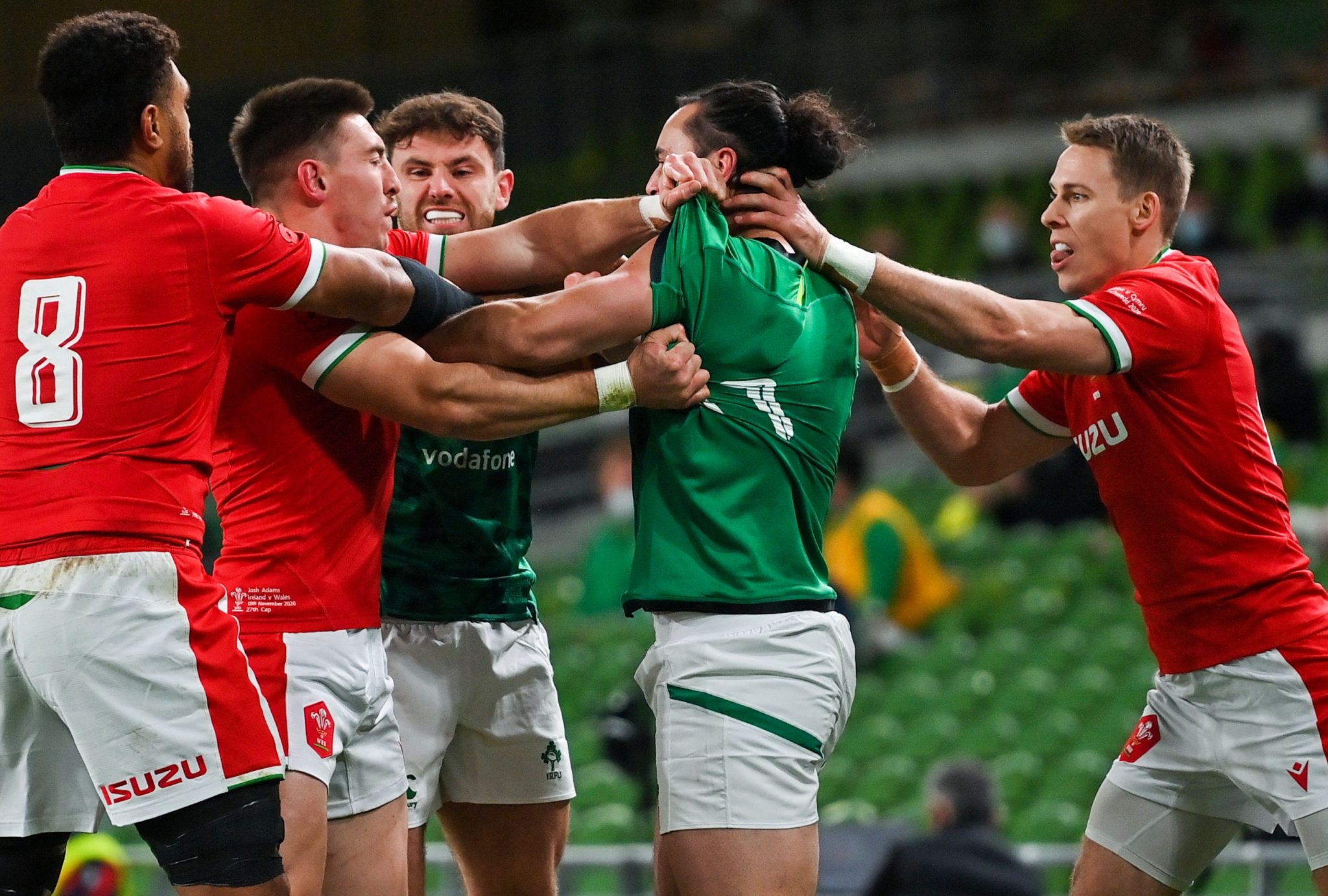 "You put your mark down fairly early against Liam Williams," Considine remarked. "You got into it early and got fairly fiery with him."

"I don’t know what his problem is with me... He pushed me in the back again. The only time he’s actually being physical with me is when my back is turned. We actually had a set move and it was just fortunate that he was on my side, and I had him in front of me. I could have gone left or right, but I really wanted to go at him. So that’s only a small battle within the whole greater scheme of things, you know."

Madigan followed up by noting how alike Lowe and the competitive, fiery Williams are. "There are definitely similarities between himself and yourself," he said, "in terms of you’re the type of guy you’d rather have playing in your team because he infuriates the opposition and he’s willing to get up in their face.

"He never really shirks the contact side of it as well. Was there much verbals as well, on the pitch?" Lowe replied:

"I’m open that I’m a bit of an instigator when it comes to a lot of things that happen on the pitch. I’ll always poke the bear. I mean, I don’t really do much else apart from that. I get a few carries and then I poke the bear and pick up the forwards when they do a good scrum, or something like that.

"So, verbal, you know yourself Mads, there’s always like… it happens. You just have to be careful with what you’re saying and you don’t say too much. Because the unfortunate truth is sometimes you win, sometimes you lose, sometimes you run over someone and sometimes you get run over. Everyone’s got their sunny days, so you take the good with the bad."

END_OF_DOCUMENT_TOKEN_TO_BE_REPLACED

Ireland are due to face Wales in the opening game of the 2021 Guinness Six Nations, next February, so look out for the next round of chinwags between Lowe and Williams if both are selected to start.

It is worth noting, too, that if both men have decent championships, and perform as they have done for their clubs, they could yet be poking South African bears together on the 2021 British & Irish Lions tour, next summer.


popular
Argentina reach World Cup last-16 with convincing win over Poland
"Nowadays, even if I don't hit a ball, I don't care as long as we win" - Gleeson learning from the past
Iran demand action by FIFA after USA team change flag on social media
World Cup 2022 Day 11: All the major action and talking points
Thibaut Courtois warns teammates after leaks emerge from Belgium camp
Cristiano Ronaldo 'agrees £173m-a-year deal' with Saudi club
Ronaldo finally reveals why he got that hideous haircut
You may also like
5 days ago
Former England international admits he wishes he had played for Ireland
1 week ago
Two baffling omissions as four Ireland stars make World Rugby 'Dream Team' of the Year
1 week ago
Josh van der Flier claims World Rugby Player of the Year at Monaco ceremony
1 week ago
"Highlight of my Ireland career" - Behind the scenes as Jack Crowley and Ross Byrne covered for a legend
1 week ago
Bundee Aki reminded us all of his best qualities, on a night Ireland couldn't do without him
1 week ago
Peter O'Mahony delivered some fitting Jack Crowley comments after surprise Test start
Next Page