Liam Williams was quick to remind James Lowe that he had spurned an early try-scoring chance for Ireland on his Test debut.

For the past 15 years, there has been a huge amount of needle to Ireland vs. Wales games. The two nations have fought out some mighty battles and have shared six Grand Slams during that period.

END_OF_DOCUMENT_TOKEN_TO_BE_REPLACED

While Irish fans will fondly recall the Ronan O'Gara drop goal in 2009, the Welsh secured a 2019 Grand Slam by thumping the men in green in what was Joe Schmidt's final Six Nations game.

Then we had - in the midst of all that - Liam Williams dropping a sly elbow on Paddy Jackson during Ireland's 2014 Six Nations win at the Aviva Stadium. Six years on and Williams was making his presence felt again.

Seven minutes into the first game of the Autumn Nations Cup, and after Alun Wyn Jones and Peter O'Mahony had already had a set-to, Lowe had a golden chance to score down the left wing but he could not hold onto Johnny Sexton's pass.

As the ball spilled to the turf, Williams was there, within a split-second, to let the Leinster winger know all about his error. After being shoved in the back, Lowe jumped to his feet and both players traded insults as their teammates hopped in to separate them. Josh Adams got involved too, and let Lowe know all about the opportunity spurned. 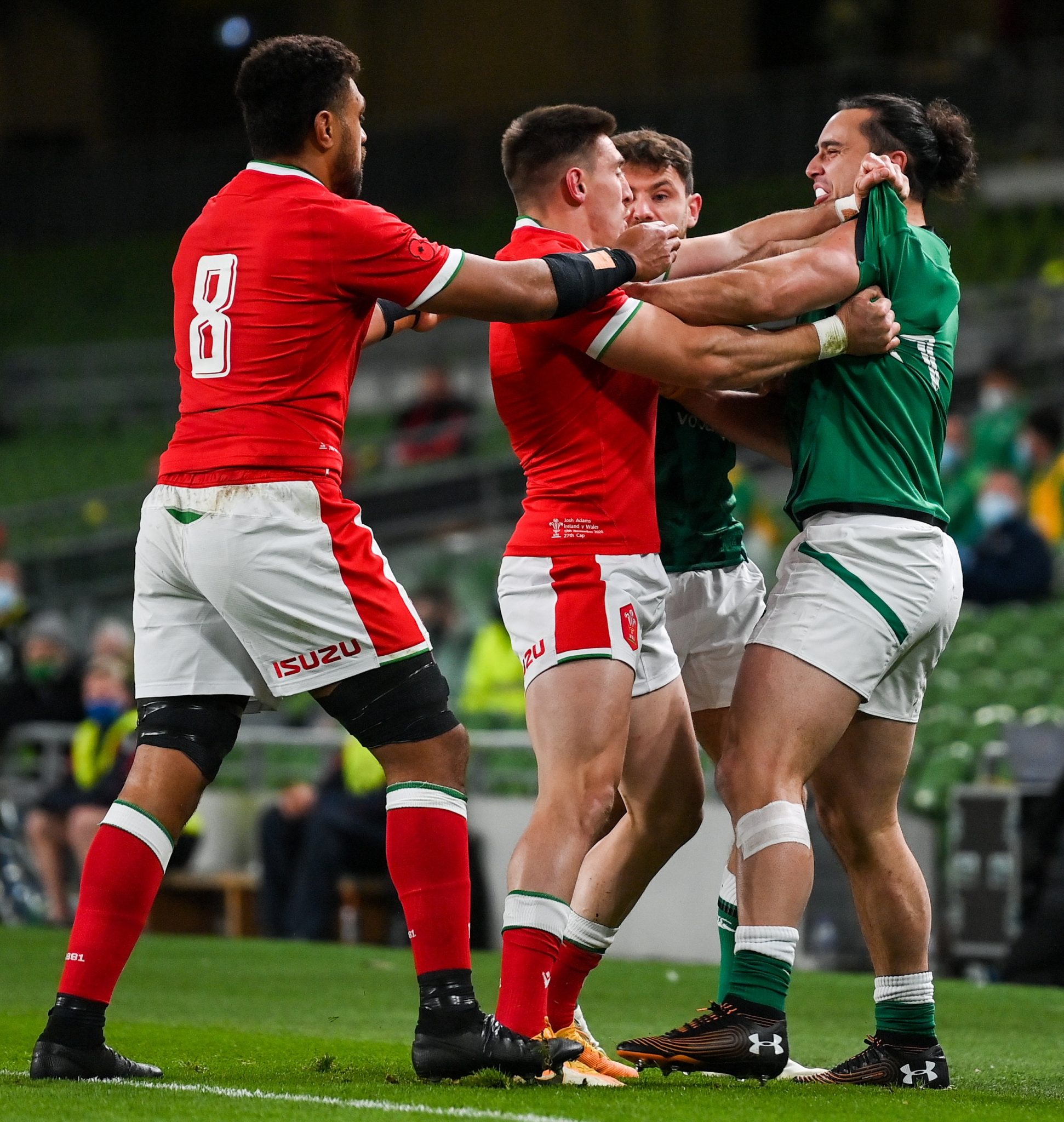 Liam Williams up against James Lowe is shaping up to be fun #IREvWAL pic.twitter.com/iJrTTs8fVn

On his next carry, against Williams, he left the Welsh star in his dust with a superb carry that almost led to a Sexton score. Minutes later and James Lowe was miffing with Welsh players again. This time it was Justin Tipuric that got into it with him after the Ireland No.11 had made another strong carry.

Then, with Ireland leading 25-9 in the closing moments, Lowe crashed over for the exclamation point score:

James Lowe was never going to be denied 👊 pic.twitter.com/X3CcYHDPLx

Williams has always had a reputation for getting under the skin of his opponents, as former England and Lions star James Haskell recalled back in 2018:

"When I first played against him, and Wales, I'd never heard of him, didn't know who he was. He was playing division two or something, like, a year before. I remember going into a tackle and he got up, trod on my leg, kicked me, and I was like, 'Who the f*** is this guy?'

"Next thing, late shot, judo elbow in the head... so that game was done, he carried on and his career sky-rocketed and I got the opportunity [to tour with the Lions] and I was like, 'Mate, what were you doing in those early games'.

"He says, 'Sorry, but remember I had being playing division two, gnarly mens rugby and I was a scaffolder. That's what I thought it was like'. But he was real niggly... especially with a round-house kick. You'd have to watch out for that one."

Loved by his teammates, less so by his opponents. That's 'Sanjay for you.

Season 3 has returned with Ian Madigan & Eimear Considine as hosts. You can catch up on all our episodes from past seasons and interviews with Conrad Smith, Victor Matfield, Simon Zebo, Sean O'Brien, James Lowe, Drew Mitchell, Jean De Villiers, Finn Russell, Mike Brown, Brian O'Driscoll, Tana Umaga and much, much more.