A simple post, accompanied by a Shamrock emoji and a picture of him facing The Haka with his Ireland teammates. For James Lowe, exactly a year after his Test debut against Wales, Saturday was the day he truly arrived on the international stage.

The Leinster winger arrived into the Ireland team, late last year, with a hefty weight of expectations already on his shoulders. Jacob Stockdale, then Hugo Keenan, came in at fullback as Lowe got his chance on the left wing.

END_OF_DOCUMENT_TOKEN_TO_BE_REPLACED

Lowe did not full grasp that chance and had to fight his way back into the starting XV all over again. He was very good in the win over Japan, and better still as the All Blacks were comprehensively rumbled at the Aviva Stadium.

On the latest House of Rugby URC [LISTEN from 1:20 below] Leinster and Argentina legend Felipe Contepomi joined Greg O'Shea, Megan Williams and Jason Hennessy to look on that game and discuss Lowe's second coming. 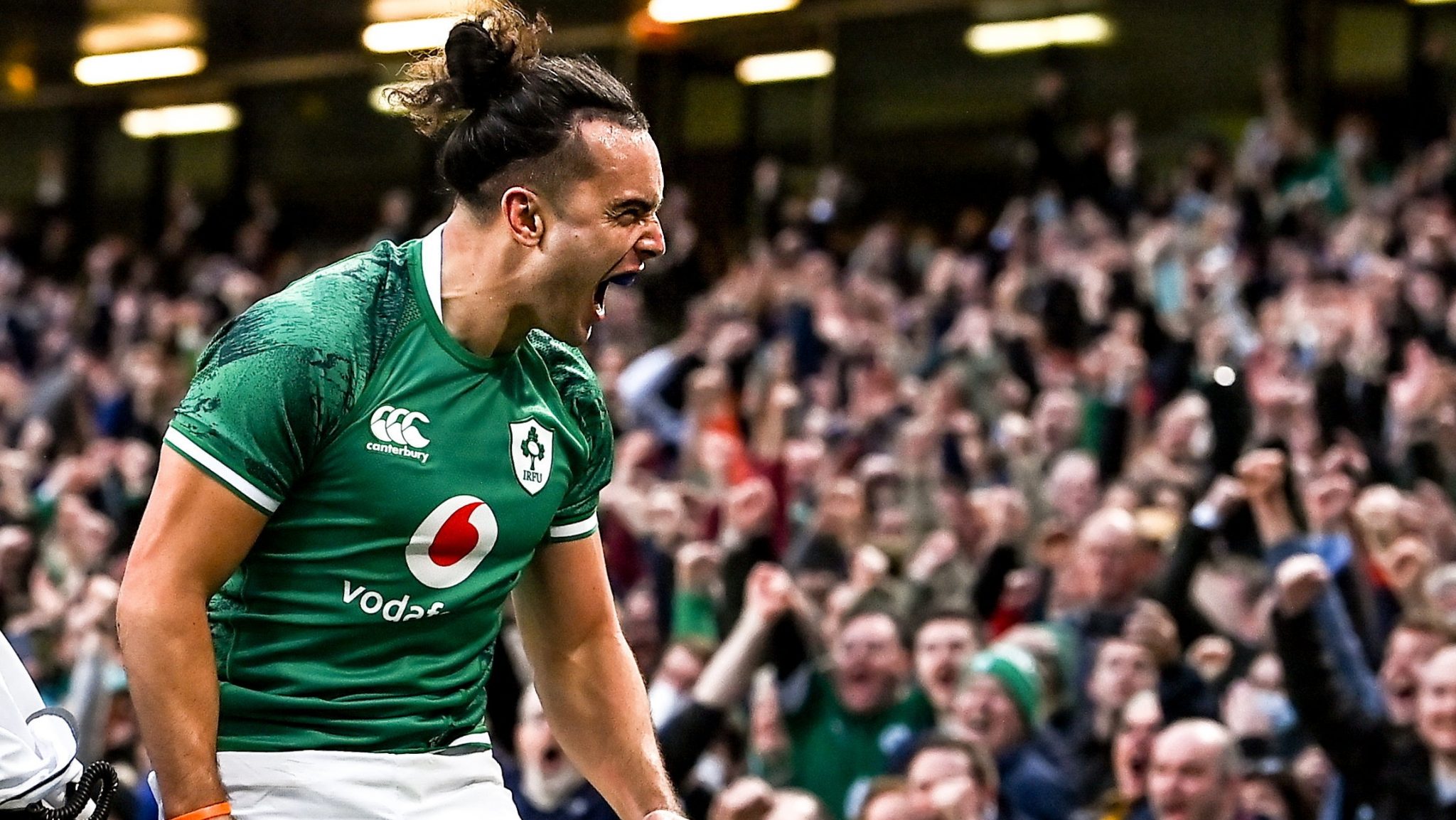 After a couple of tough outings against the likes of England and Wales, earlier this year, James Lowe knew he needed to get fully fit, and sharpen up his defence.

He put in a lot of work in the off-season and it is already bearing fruit. He has two tries in his past two Ireland games, but the two try-saving tackles he made against New Zealand meant a lot more to him.

"James Lowe's tackle [on Rieko Ioane] was just incredible," notes Greg O'Shea, "after all the crap he's taken for his defence and the fact that if that ball got past him it was probably going to be a try in the corner."

END_OF_DOCUMENT_TOKEN_TO_BE_REPLACED

For Felipe Contepomi, who has worked closely with Lowe as Leinster backs coach, the Nelson native is doing all he can to adjust to the higher pressure and intensity of Test rugby.

"His performance," says Contepomi, "was a good showing on what it takes to be an international player.

"And definitely, it's not about big moments. It's about bad moments and not having bad moment. Because you're always going to be judged by your errors, rather than the big moments will come for him, you know?

"So, I think he understood that. He's been working on that and with us in Leinster, and it's interesting in terms that he's been used to a very different system, from growing up in New Zealand.

"So, it's not only about changing his game, it's changing his position, his way of defending. His common knowledge of how he has to play, because it's a different system here. It doesn't happen overnight. It takes time.

"The more you work, the less time it takes, the harder you work. But sometimes it takes longer. And probably it's easier  when you learn it at 18, 19 years old. He just had to learn it a bit older, and change a bit of what brought him, as a good player, to be in Ireland.

"Suddenly, [that style] doesn't count here, you know, just defending deep and waiting. We want players to defend high and up there and just go and tackle them. So, it's the learning curve for him."

END_OF_DOCUMENT_TOKEN_TO_BE_REPLACED

That learning curve may have experienced a dip, but it is trending upward over the past couple of games.

Many New Zealand rugby fans were bemoaning the lack of physicality their side had, at the weekend and against the Springboks. How they could have dearly done with Lowe against Ireland.

Indeed a post-match picture shared by Crusaders winger Will Jordan shows what might have been.

Will Jordan on one wing, James Lowe on the other and Jordie Barrett at fullback. Not a bad back three.

But, as All Blacks coach Ian Foster remarked when asked about Ireland's 'three Kiwis' after his side's defeat, "I only saw three Irish players."

James Lowe is a part of this Ireland team now, and a bit part too.