Everyone wants a piece of 'The Hask'.

As soon as James Haskell announced he was signing up for a Mixed Martial Arts stint with Bellator, the offers started to flood in.

END_OF_DOCUMENT_TOKEN_TO_BE_REPLACED

The former England and Lions flanker is currently in training ahead of an anticipated Bellator debut in early 2020. Haskell, who is part of the UK's House of Rugby show, told host Alex Payne and former England captain Mike Tindall about his new career path on the latest show.

The 34-year-old has been using MMA training as part of a varied fitness regime for the last 15 years but admits he thought Bellator were initially getting in touch about him coming on-board to do some commentary.

The Bellator offer involved him getting ready for some professional bouts and Haskell declared he would be putting in as much blood, sweat and tears to the endeavour that he did as a rugby player.

"For me, the reason I did it was, I missed the structure of playing rugby. I think that I did all I could in my rugby career and have been pretty successful. I would have loved to have gone to the World Cup but for the MMA stuff there is a lot of motivation. Fear is probably the biggest [motivation]. People in rugby put players on pedestals and say they are tough but there are people I've played with that are genuinely tough and quite handy, and know what they are doing. I take it very seriously... I will give it the best I can." 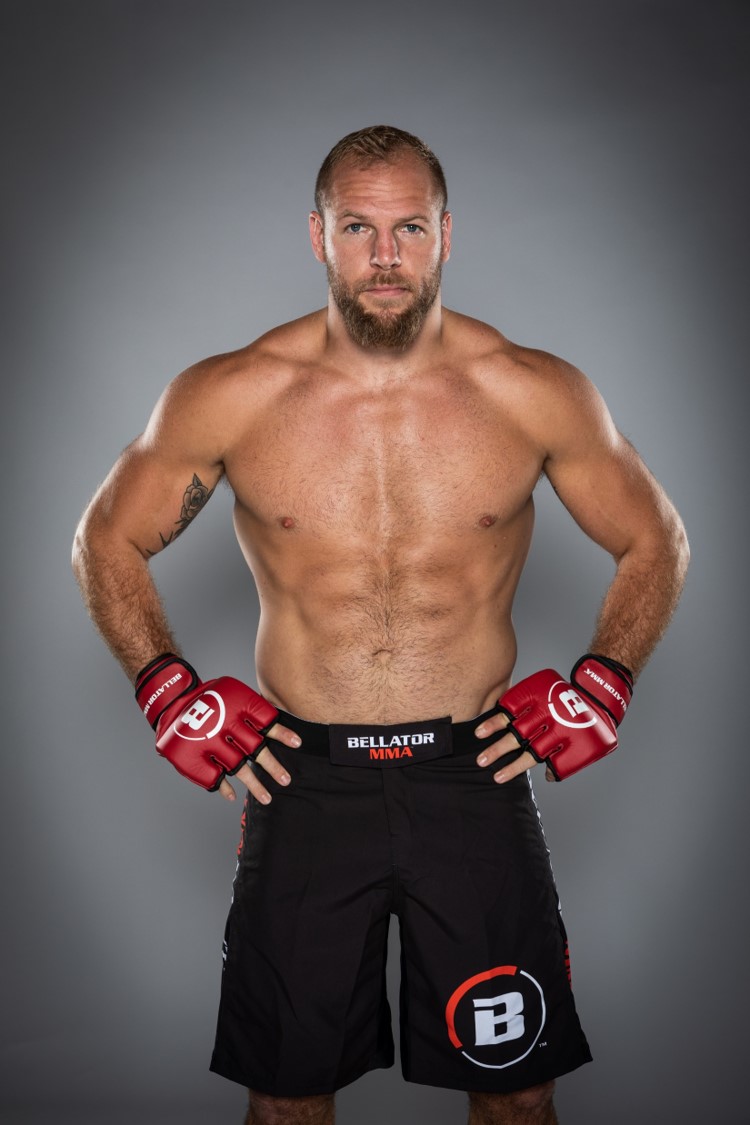 Haskell is at pains to point out that he has a long history of MMA training and that his sporting switch is not some novelty act. He proclaimed:

"I don't want to be put in with Rio Ferdinand or Andrew Flintoff... Flintoff had never boxed before and then decided to train for a fight."

END_OF_DOCUMENT_TOKEN_TO_BE_REPLACED

Given Haskell's wilfully outspoken manner, and his history of dishing out licks on the rugby field, he will not be short of potential opponents.

Former Wales and Lions star Andy Powell has expressed his interest in throwing down with Haskell, as has ex Ulster and Ireland back-row, Neil Best. Jerry Flannery, who played with Best at the 2007 World Cup, commented, "You know what would be a great fight? Would be Neil Best and James Haskell. I would have my money on Neil Best for that one... he's an animal, man!"

On the latest House of Rugby, Haskell took a moment to address the recent call-outs from the rugby fraternity.

"I'd like to sort out something with ex rugby players and current rugby players. Can everyone stop offering me out? Please!

"I'm a lover, not a fighter. You know, I kill people with chat and humour, not punches."

So there you have it, Powell and Best, if you want to take a clip at Haskell, go get yourself a Bellator contract and get a wave of momentum behind you.


popular
Footage emerges of Erik ten Hag reacting to Man United target Tyrell Malacia
'Does not look too good' - Andy Farrell offers worrying injury update on Cian Healy and James Hume
Frenkie de Jong 'determined to stay' at Barcelona, despite Man United agreement
Kylian Mbappe reportedly wants PSG to sell Neymar
Full Ireland player ratings after Maori All Blacks teach us an early lesson
"He's actually smiling putting the ball over the bar. He should nearly be fainting." - Ryall on Limerick's legacy
Gavin Coombes one of four Irish players to push themselves into Test picture
You may also like
6 days ago
Join our ultimate sports quiz in Dublin for a chance to WIN a trip to a Premier League game
2 months ago
Join Munster legend Billy Holland for this free mortgage masterclass
5 months ago
[CLOSED] COMPETITION: WIN a two-night stay at the luxury Trident Hotel in Kinsale Harbour
6 months ago
Here's where you can find some incredible deals on exercise machines in 2022
6 months ago
WATCH: This clip shows just how amazing amateur clubs in Ireland really are
7 months ago
Pieta and Shane Carthy encourage people to take part in #HopeOverSilence this Christmas
Next Page