- House of Rugby, Together with GUINNESS -

In professional rugby, as the international games draw close, players are keeping an eye on their emails to let them know if they have made the squad. It is the phone call that they don't want. Phone calls from the coaching staff usually mean bad news.

The squad WhatsApp group is another indicator or whether you have made the cut, and James Haskell knows all about it.

Haskell helped England to Six Nations titles in 2016 [a Grand Slam] and 2017 but has missed out on the November squad and will, instead, focus on getting out and doing the business on the park for Northampton Saints.

Asked about England's warm-weather training camp in Portugal, Haskell replied, "There is no such thing as light-touch [training], ever.

"I haven't had too much feedback with the lads. I kind of let them get on with it.

"Yeah, they throw you straight out of the WhatsApp group. Oh, it is unbelievable.

"Literally; honestly, as soon as you are named back in [the squad]. it's like, 'Welcome back. How is everyone?'

"And then as soon as you are not picked it's like boom, done. Dust!

"Normally the security [England squad members] were running that and you were dusted. And you get a text going, 'Nothing personal but you're not in'. It's absolutely ruthless."

Life, rugby and WhatsApp group have a habit of moving relentlessly on. 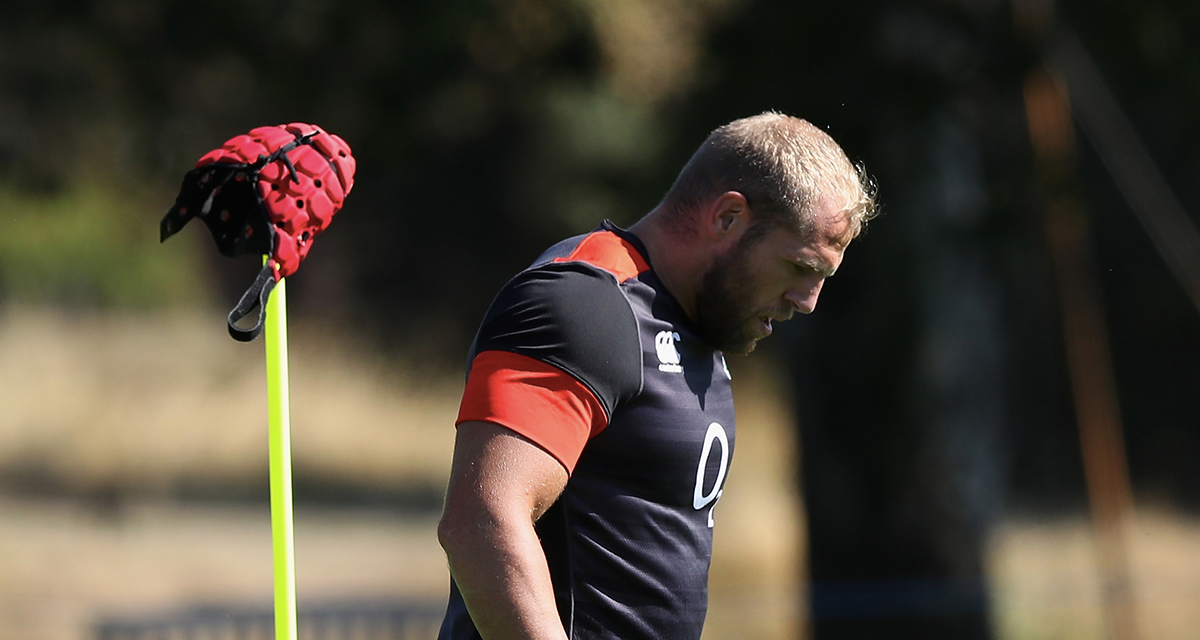 END_OF_DOCUMENT_TOKEN_TO_BE_REPLACED

Looking ahead to England's autumn internationals, Tindall has set a 'minimum requirement' of three wins from four if this Test window is to be deemed a success.

"I know they're hit by injuries," Tindall added, "but they've had success against Australia and they need to continue that... The way they finished off against South Africa - and the rugby they played in those three games - shows they were back to playing with an attacking intent.

"They need to continue with that, and shore up their defence. They're at home so they have to be winning and putting in a good performance against New Zealand."

Asked by Payne if England are currently set up to do just that, Tindall responded, "Em, no. Probably not.

"I still believe that the players are good enough but it's just whether they can go back to playing that rugby where they actually threaten people... I want to see quick-tap penalties and England lifting the pace of the game, which got them the success."

Watch the third episode of JOE's House of Rugby podcast, Together with GUINNESS...


popular
"There's times I do think I probably have let people down but in fairness, I have got good support from back home"
Goal disallowed in Dublin SFC because player wasn't wearing his gumshield
The SportsJOE 12 o'clock quiz | Day 138
All hail Alexis Sanchez, the man who played Manchester United like a piano
The SportsJOE 12 o'clock quiz | Day 137
Liverpool and United sell more shirts in Dublin than they do in Liverpool and Manchester
The daily diet of Manchester United midfielder Jesse Lingard
You may also like
2 weeks ago
"It was basically a garden shed, and we took the whole thing over"
2 weeks ago
"I genuinely think he's one of the best I've ever played with" - Rory Best
4 weeks ago
'ROG was the kingpin... he just wanted to win, win, win' - Barry Murphy
4 weeks ago
'I went from playing in front of 74,000 to having families cooking hot-dogs beside the pitch' - Shane Williams
1 month ago
"He just walked out the door without saying goodbye or anything. It was just so Axel. It was so perfect."
1 month ago
Baz & Andrew's House of Rugby - Keith Earls joins us for Season Two finalé
Next Page