"When you're young and you come out of school, you're maybe thinking bigger is better."

As many players - amateur and professional - would attest to, finding the right weight to suit your game can be a struggle. A learning process. Trial and error.

For Conor Murray, it took him a couple of years, as a pro, to find weight that he was happiest with playing at. "It was the weight I felt I could be most effective at and play my best rugby at," he said. "That does take a bit of time and it is another area you have to figure out as an individual."

At the beginning of the 2017/18 season, Stockdale spoke to us about his first footsteps in the professional game and building on his fast start for Ulster and Ireland. He most certainly did, setting a Six Nations tryscoring record as Ireland won a Grand Slam and tying Tommy Bowe's record for most tries (20 for province and country) in a season.

During that chat, the Lurgan native spoke about bulking up too much when he first came into the Ulster academy:

We had the opportunity to sit down with Stockdale again, for Baz & Andrew's House of Rugby, and [from 3:00 below] he spoke very well on his ideal position in the backline and finding the optimal weight to suit his game. 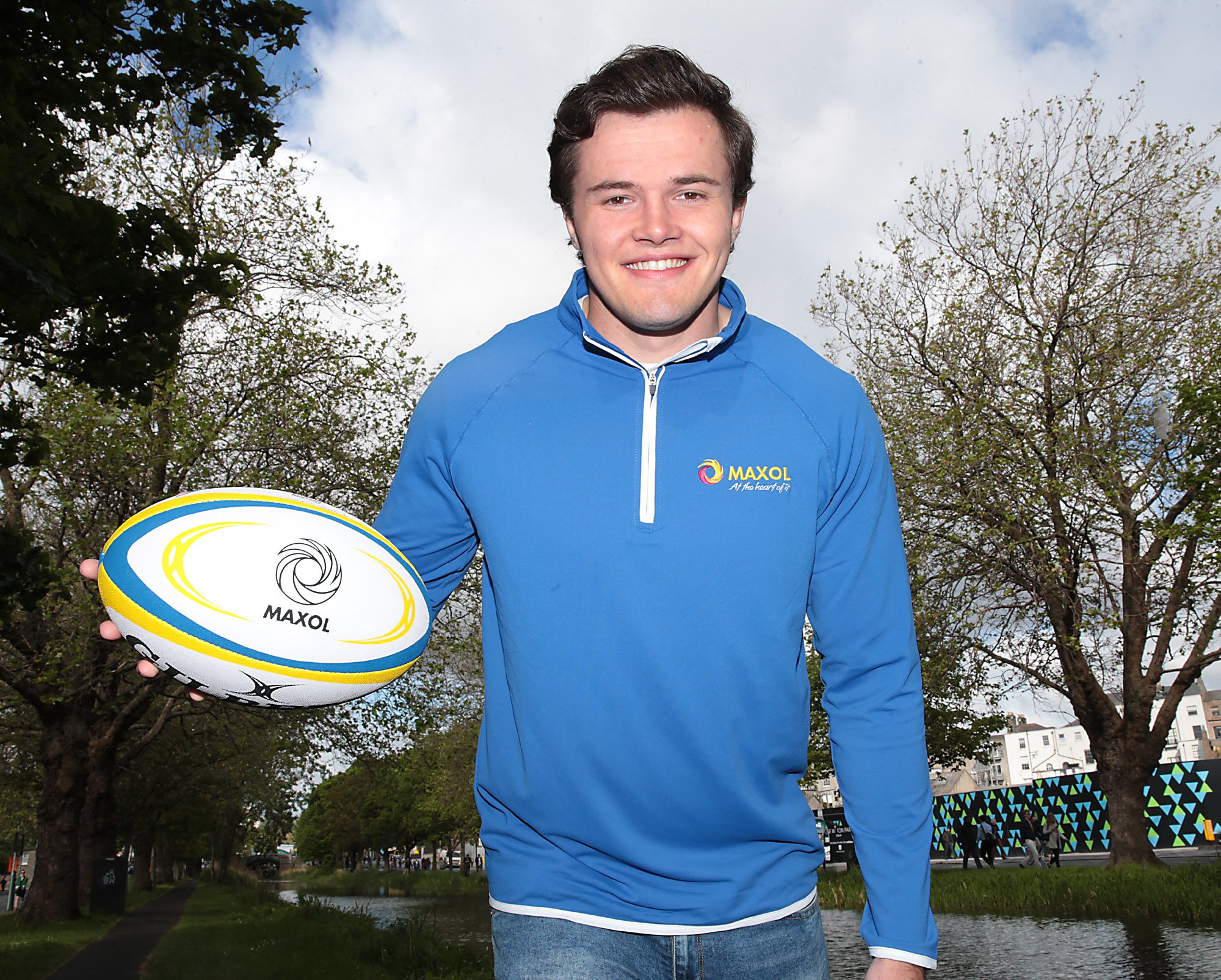 Jacob Stockdale at the Dublin announcement of his ambassadorship with Maxol.

"I was injured for a good bit of my academy career," said Stockdale.

"In my first year there, I had a groin injury and tore ligaments in my ankle. And the S&C (strength and conditioning) staff were like, 'Yeah, let's just see how big we can get you'.

"So the next year, I trimmed down to around 102 kilos and I've been there or thereabouts since. I'm much more comfortable at that."

"When you're young and you come out of school," he continues, "you're maybe thinking bigger is better. Like, the bigger you are, the more tackles you're going to break. And sometimes maybe that's not the way.

"It's about being more powerful and fitter. In the middle of a game, if I'm at 80% of my maximum fitness, I'm going to do better than someone who may be 10 kilos heavier and at 30% of their max fitness."

Stockdale says the lesson he learned from his early yo-yoing was that being 130 kilos may work for Nemani Nadolo but it was up to himself to find the best weight to do the most damage with.


popular
You'll have to be an old-school fan to get 20/20 in this 1990s footballers quiz
"Sometimes sport can overwhelm you, it was time for him to take a deep breath"
The SportsJOE 12 o'clock quiz | Day 13
You won't get top marks in this football stadium quiz
Free spirit James Cha happy out in peaceful China
Caks' Law 101
The SportsJOE 12 o'clock quiz | Day 12
You may also like
1 week ago
"You’d wonder if they’ll have to scrap the whole season" - Jack Carty
1 week ago
"The sacrifices they are making to save people's lives is heroic" - Jack Carty
1 week ago
"Everybody is in turmoil... we'd be oblivious if we thought nothing would happen to us"
1 week ago
"It's disappointing but a world-wide pandemic, what the hell?!" - John Cooney
1 week ago
Baz & Andrew's House of Rugby - John Cooney pitches in
2 weeks ago
"We all knew Brian O'Driscoll was good, but that's when we knew he was a genius"
Next Page