Unbelievable stuff, in so many different ways.

Ulster led, but Bath were hunting them down and they were on the charge.

From the moment John Cooney kicked Ulster into a 17-16 lead with 71 minutes on the clock at the Rec, you just knew it was going to be the longest nine minutes of the Ulster players' lives.

The Heineken Champions Cup, the first pool game and a good start is crucial. Away from home, a win would have been absolutely priceless for Ulster.

They put themselves into a good position. Cooney scored a block-down try before Rob Lyttle made hay from Will Addison's brave kick forward.

And that takes us up to the last few minutes. Bath were breathing down their necks but Ulster were defending stoically. Sean Reidy was hitting hard and captain Iain Henderson was leading by example. 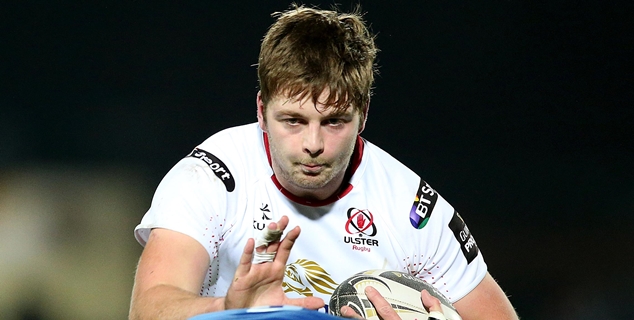 The clock rolled into the red. Bath were in possession of the ball and they looked dangerous. One last push for them, one last block for Ulster.

Priestland, their elusive fly half, created an overlap. Ulster heads were in hands. They looked in bother. 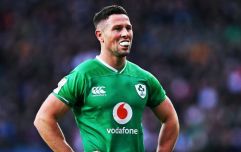 "When I was struggling, I knew I was doing it for more than me" - John Cooney

END_OF_DOCUMENT_TOKEN_TO_BE_REPLACED

He stepped up when he needed to, smashing the Bath centre as a two-on-one beckoned. Somehow, the Bath player had managed to off-load the ball in time though.

The danger wasn't clear yet. Jacob Stockdale was well aware of that.

It came to their number eight Mercer who headed for home and looked nailed on to give the offload. As he delayed for a split second, Stockdale ate up the ground in front of him to cover back.

He took a chance. Guessed that Mercer would go for the off-load and somehow got back for the intercept. The coolness under pressure can't be overstated. Look at the point he gives to his scrum half indicating for him to stay put.

It was composure, it was work-rate, it was pure and utter power. It was amazing stuff in the last minute of the game.

An astonishing piece of defending to save the win for Ulster 👏pic.twitter.com/6JUxHmvd2V


popular
The SportsJOE 12 o'clock quiz | Day 69
SportsJOE 2000s Football Quiz | Round 1
The SportsJOE 12 o'clock quiz | Day 67
"I went up to the hotel, got attacked in the room and told I'm no longer Tipperary captain"
QUIZ: Name the footballers to have played for Manchester United & Real Madrid
QUIZ: Name these footballers based on their former teammates
QUIZ: Name every All-Ireland football winner of the last 33 years?
You may also like
1 week ago
"He walks into the dressing room and Pienaar goes, ‘We can’t win’!"
1 month ago
The old-school training drill keeping Irish rugby players in top shape
1 month ago
Baz & Andrew's House of Rugby - Will Addison and where we go from here
2 months ago
How Ireland's top rugby stars are staying in shape at home
2 months ago
"Everybody is in turmoil... we'd be oblivious if we thought nothing would happen to us"
2 months ago
"It's disappointing but a world-wide pandemic, what the hell?!" - John Cooney
Next Page