"That can be done in a matter of eight months, so that’s the plan anyway."

Jacob Stockdale has been keeping busy during the stay-at-home period of the Covid-19 pandemic. He knows what he wants, when rugby resumes, and how to get it.

END_OF_DOCUMENT_TOKEN_TO_BE_REPLACED

In between raising funs for the community in Lurgan and raising awareness of the work being done by mental health charity Aware, Stockdale has been fixing up an old Ford Mustang, getting his dog out for walks, keeping fit down at Malone RFC's ground and watching back every professional game he has played.

Stockdale is so embedded in the starting XVs of Ulster and Ireland that it is easy to forget he is still only in his fourth full season. He has been watching back on every game he had an involvement in - 59 for Ulster and 28 for Ireland - and taking notes of the good, bad and adequate.

Pro rugby is set to return, in Ireland, on August 22 with an inter-provincial championship being a tune-up ahead of a hopeful completion of the 2019/20 season. There will be little rest between that and the 2020/21 season, during which there should be a British & Irish Lions tour to South Africa. Stockdale is determined to make that trip. 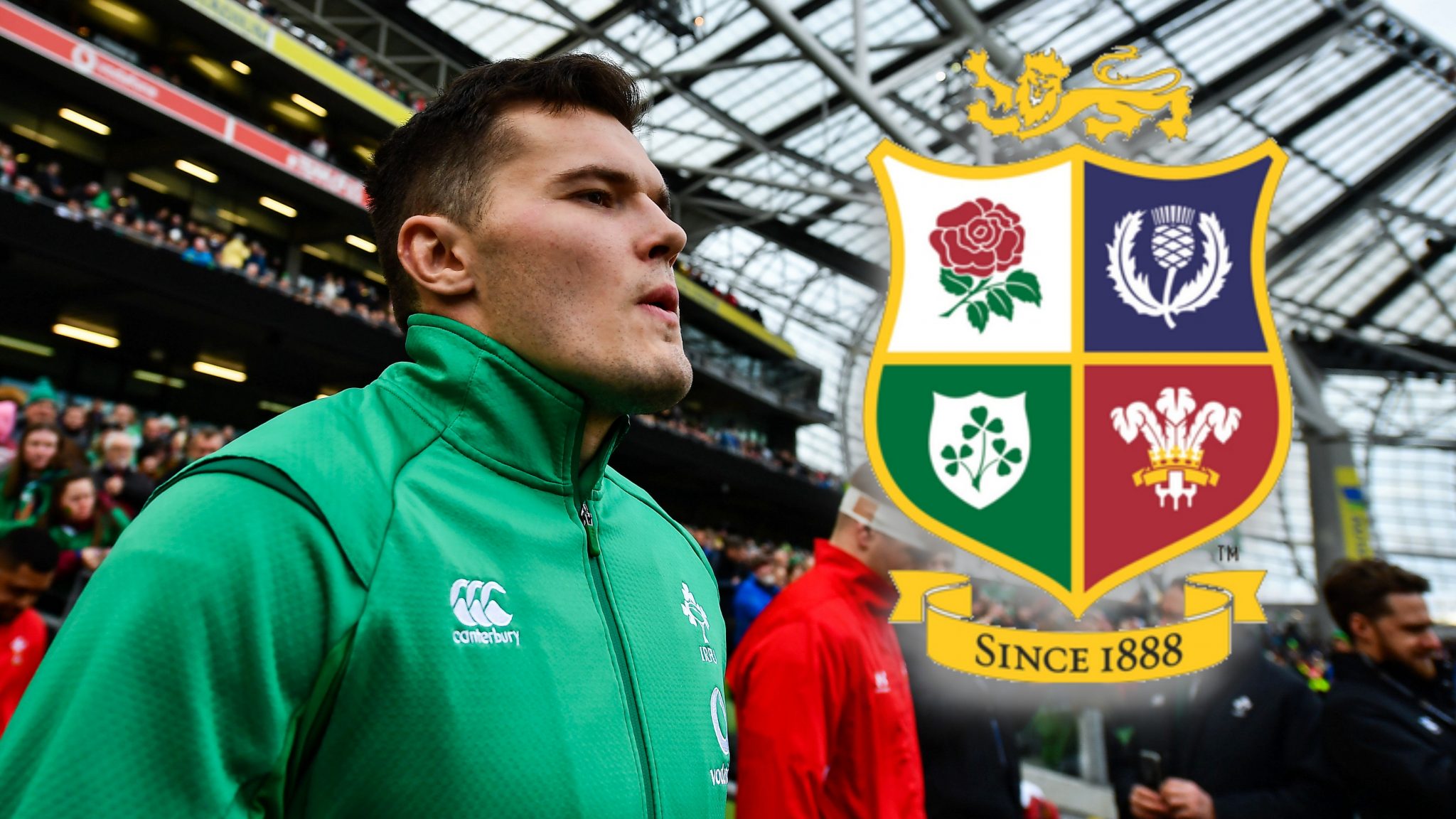 END_OF_DOCUMENT_TOKEN_TO_BE_REPLACED

Week 11 of remote recording for Baz & Andrew's House of Rugby saw Stockdale join us from his Belfast home to chat with Barry Murphy and Andrew Trimble.

After detailing how he has kept himself ticking over during the elongated break in the rugby season, Andrew Trimble then turned the topic to sport coming back online. "Have you let yourself think about rugby, Jacob?" Trimble asked. "Looking forward to inter-pros or have you even thought a little bit, potentially, about Lions next summer?"

"Yes to all those questions!" Stockdale replied.

2019 was the year the Ulster winger went from super-human to a regular, talented rugby player but one that had the Midas touch desert him. He scored six tries in 25 outings (and made six try assists) but there were fallow periods during that stretch and both England and New Zealand gave him a touch time when he had to play defence.

END_OF_DOCUMENT_TOKEN_TO_BE_REPLACED

He has now gone seven games without a try for Ireland, by fair his longest run without crossing the white-wash, yet he is already in the Top 10 in terms of most tries ever scored. He is more than capable of going on a run that could propel him into the Top 5 by this time next year. 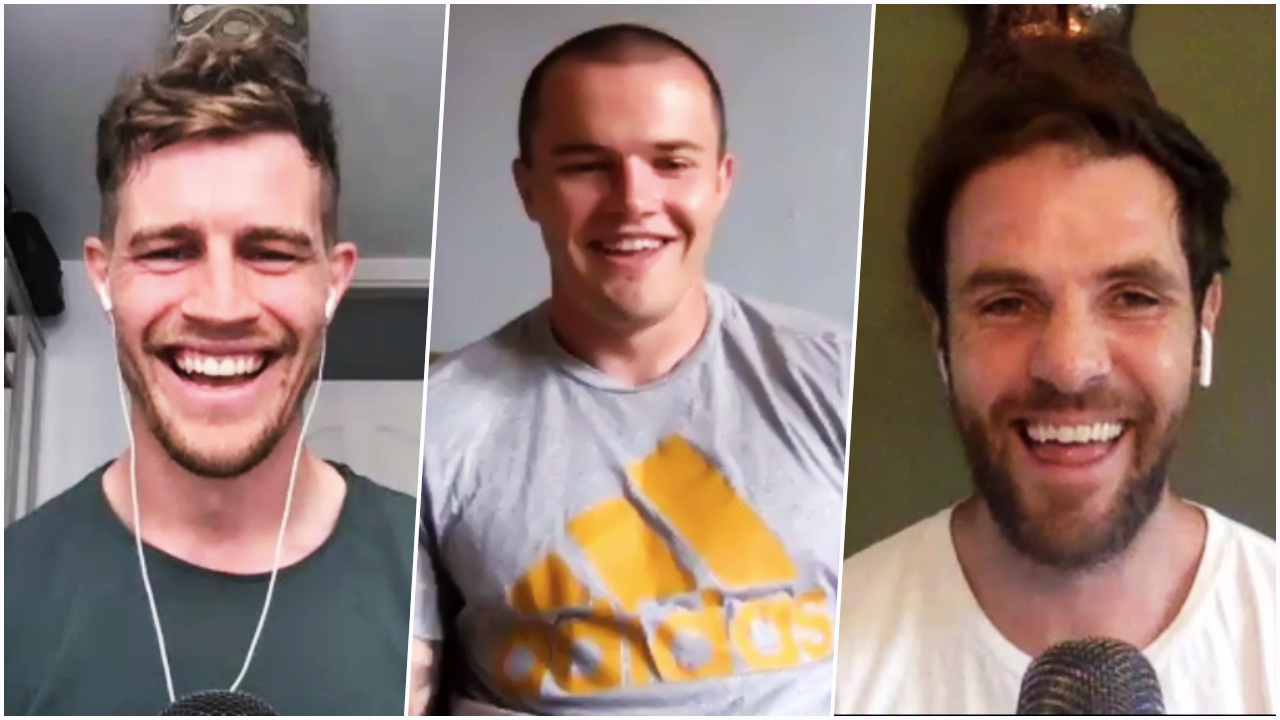 Jacob Stockdale possesses that self-assured quality that so often throws elements of the Irish public. He is confident in his own abilities and is not afraid to back himself - both on the pitch and off it. So it proved again in his chat with Murphy and Trimble.

It was the 24-year-old that brought the conversation back around to the Lions. On rugby's restart, and his Lions ambitions, he said:

"Obviously, looking forward, the date that we’ve been given now is August 22 so, realistically, I hope that we’re playing as I’m itching to get back on the pitch, in any degree. So I’m hoping to be back on that date.

"In terms of the Lions, yeah, it’s the kind of thing that’s always been in the back of your head a wee bit. You know, there’s obviously a lot of rugby to be played between now and then.

"If the team was being picked now, I don’t know if I would be picked or not. But, by the time Warren Gatland is making his selection, I want to be in a position where it’s a no-brainer that he has to have me. That can be done in a matter of eight months, so that’s the plan anyway."

Honest about the current lie of the land - with the likes of Jonny May, Liam Williams, Elliot Daly, George North and Josh Adams all eyeing South Africa too - Stockdale firmly believes he has what it takes to be a starter for the Lions in 2021.


popular
Man United could be blocked from playing in the Champions League next season
Ireland team vs. France: Form players rewarded and a welcome return
Lionel Messi makes decision on Barcelona return
French media's opinion of this Ireland team becomes clear as vital clash nears
Clive Woodward happy to 'eat humble pie' after bold comments about Ireland
"I should have been more mature" - O'Sullivan's injury trail a cautionary tale for Sigerson casualties
Man United's four player transfer shortlist if Qatar takeover goes ahead
You may also like
1 week ago
The five biggest talking points ahead of the Premier League weekend
2 weeks ago
The SportsJOE Friday Pub Quiz: Week 7
3 weeks ago
The best five-team accumulator special as the Premier League picks up steam
1 month ago
The five biggest talking points ahead of the Premier League's return
1 month ago
The five best bets for Aston Villa vs Liverpool on St Stephen's Day
1 month ago
The best St Stephen's Day special five-team accumulator as the Premier League returns
Next Page