Jacob Stockdale and Johnny Sexton not spared by English press

None of these player ratings make for pretty viewing.

Following Ireland's 24-12 defeat to England at Twickenham, on Sunday, Robbie Henshaw and Peter O'Mahony [both getting 7/10] topped our playings rating piece. On the flip side, Conor Murray [4] and Johnny Sexton [3] were judged to have been well under-par.

Only a handful of Irish players walked away from Twickenham with much credit after a thorough beating at the hands of Eddie Jones' side. Having made a positive, winning start to the Guinness Six Nations, the defeat to England cost Ireland a Triple Crown and damaged their overall championship hopes.

A look across the water at the Ireland player ratings compiled by the English press sees two players with poor returns - Sexton and Jacob Stockdale. 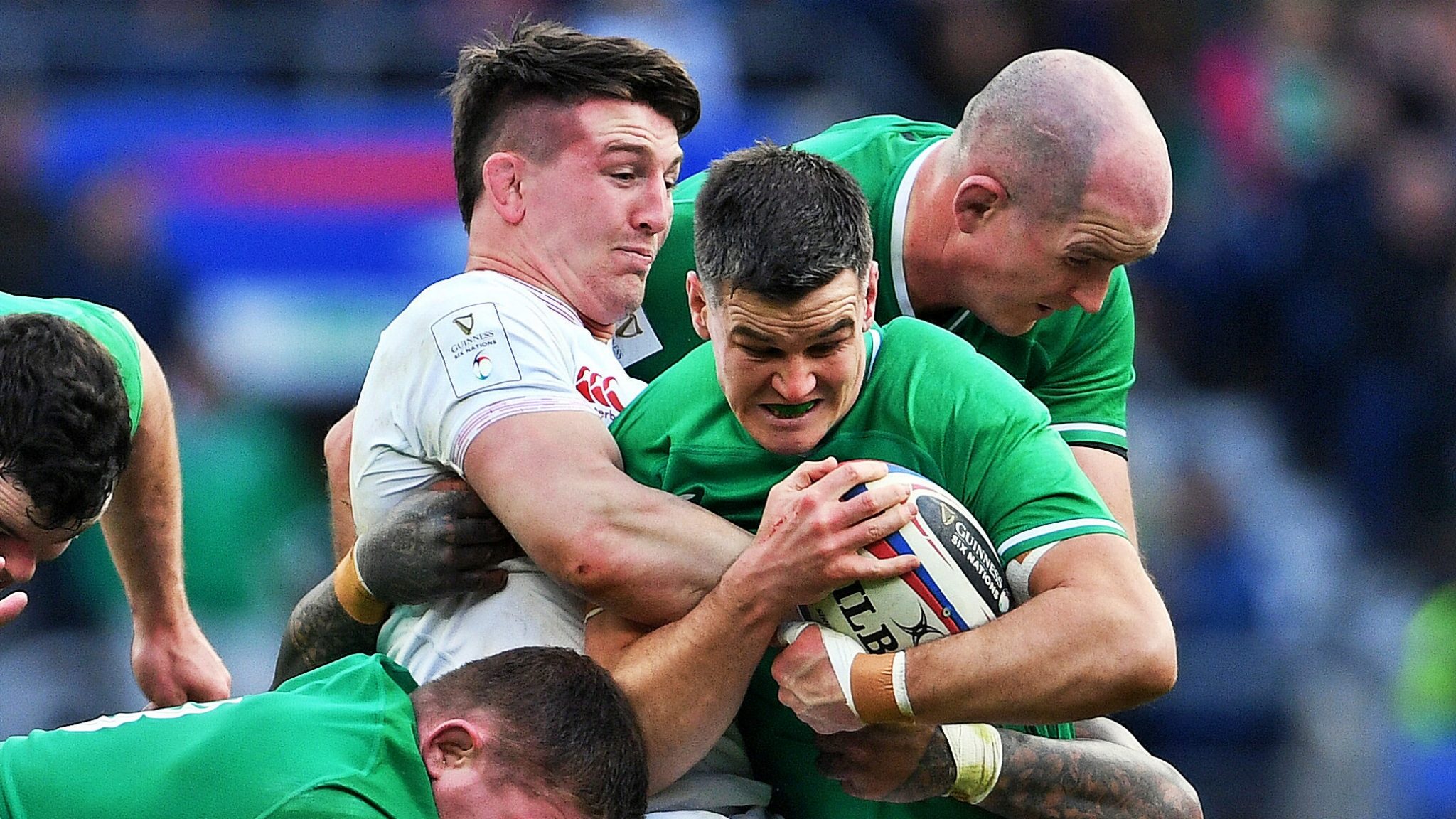 The Guardian, Independent and Sky Sports all rated both sets of players, at Twickenham, and all were fulsome in their praise for the likes of Courtney Lawes, Kyle Sinckler and Maro Itoje. On Stockdale, however, Sky Sports state:

'Inexplicable hesitation from the wing allowed England to score a second try and take complete control of the contest. Contributed little from an attacking point of view. 3/10.'

Sexton, according to The Guardian, had 'a day to forget: started on the back foot and stayed there'. The Ireland outhalf, and captain, was guilty of 'dreadful goal-kicking' and got a team-low rating of 3/10.

Looking at all three outlets, here is the average rating from the Ireland XV that started the day out as Triple Crown hopefuls:

Any Irish fans looking for positives may cling to the positive reviews John Cooney, Ultan Dillane and Caelan Doris received after they added impetus when coming off the replacements bench.


popular
"I was like, ‘My ear is hanging off my head. Can you not see that?!'"
QUIZ: How well do you know Manchester United players of the 2010s?
The SportsJOE 12 o'clock quiz | Day 307
QUIZ: Name all 50 of these 2000s Champions League players – #4
Cristiano Ronaldo sets rough retirement date
QUIZ: Identify the missing sponsors from these football jerseys
"Hang on lads, there is more to life outside of Dublin" - Connellan is a rebel with a cause

You may also like
2 days ago
"I’ll work towards getting into the real world and start another life" - Johnny Sexton
4 days ago
'We haven’t performed to the standard that everybody else expects us to"
4 days ago
Conor Murray's injury scare and how it could have altered Irish rugby history
4 days ago
French Covid crisis as Charles Ollivon and four more test positive
4 days ago
36-man Ireland squad announced for Italy clash
1 week ago
Tomás O'Leary calls for Craig Casey to get No.9 jersey for Italy
Next Page