Already missing the craic with the Connacht boys.

Jack Carty has not been out of the cosy Connacht circle for too long and he's already missing it a sight.

Like the rest of the island, the Connacht outhalf is settling in for the next stretch of weeks in the confines of his home. Luckily for him, his girlfriend is staying with him at their Galway pad, as well as housemate (and teammate) Jonny Murphy. They also have a heap of gym equipment on loan from Connacht.

"Hopefully I will be in much better physical shape. I'll look forward to seeing my family again and doing all the things I kind of took for granted. I'm looking forward to being around friends and family, and seeing my nephew and niece again."

"It was my nephew and god-son's birthday the other day," Carty adds, "so we all did a face-time call with him over the phone. It was nice, but a bit strange. He didn't have a clue what was going on."

While so many of us are so used to tracking the achievements of our sports stars and those in the entertainment industry, new heroes are emerging as Ireland tackles to Covid-19 pandemic. Some of those heroes have been working away from the spotlight for many years but are finally getting some overdue credit.

Carty has been following the Covid-19 situation closely, way before the pandemic forced the rugby season to indefinitely halt. He and his Connacht teammates are doing their parts by staying at home as much as possible while others, like Carty's mother, are gearing up to return to the work-force.

"My mum was a healthcare worker so she has put her name down for some government initiative - I think it was Answer Ireland's Call - to get some senior staff back. She has to get tested and once she clears that she should be able to go on and do some work soon. 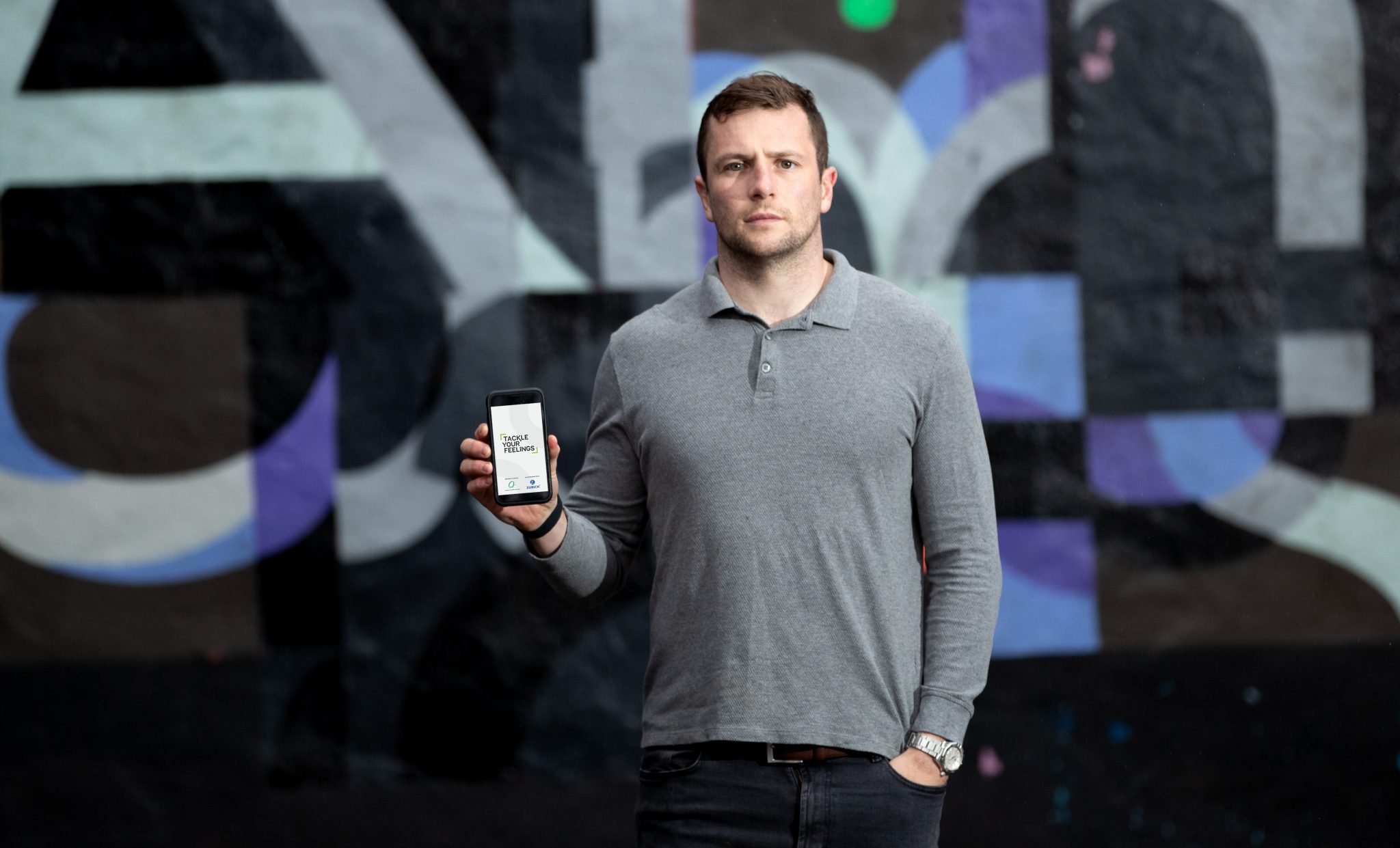 Carty was speaking with SportsJOE as part of the Tackle Your Feelings #ImtakingControl campaign and is encouraging people to be supportive and avoid trolling or scaremongering when using social media.

As part of the campaign, run in association with Rugby Players Ireland and Zurich, Carty has opened up about a period in his rugby career, and life, when he allowed social media comments to adversely affect his life.

A few years into his professional rugby career, as he was starting more regularly in the Connacht XV, he admits he became too focused on what was being said about his performances on social media.

"Earlier in my career, the first thing I would have done after the majority of games I played in would have been looking on Twitter and trying to seek validation online for how my performance was. I didn't seek it internally, from players and coaches, so it was the exact opposite of what people tell you to do.

"I'd go to Twitter immediately after and search my name. That was all when in good when I was going well but, earlier on in my career, that consistency that I would have now wasn't there. So one week I was on top of the world and if I played poorly, that would reverberate through my whole week. My whole Monday, Tuesday, Wednesday, I would have been down in the dumps because of what people said about me online."

He often wishes he took heed to the advice of his club captain John Muldoon, when he first broke to to the senior side, not to worry about what outside voices were saying. 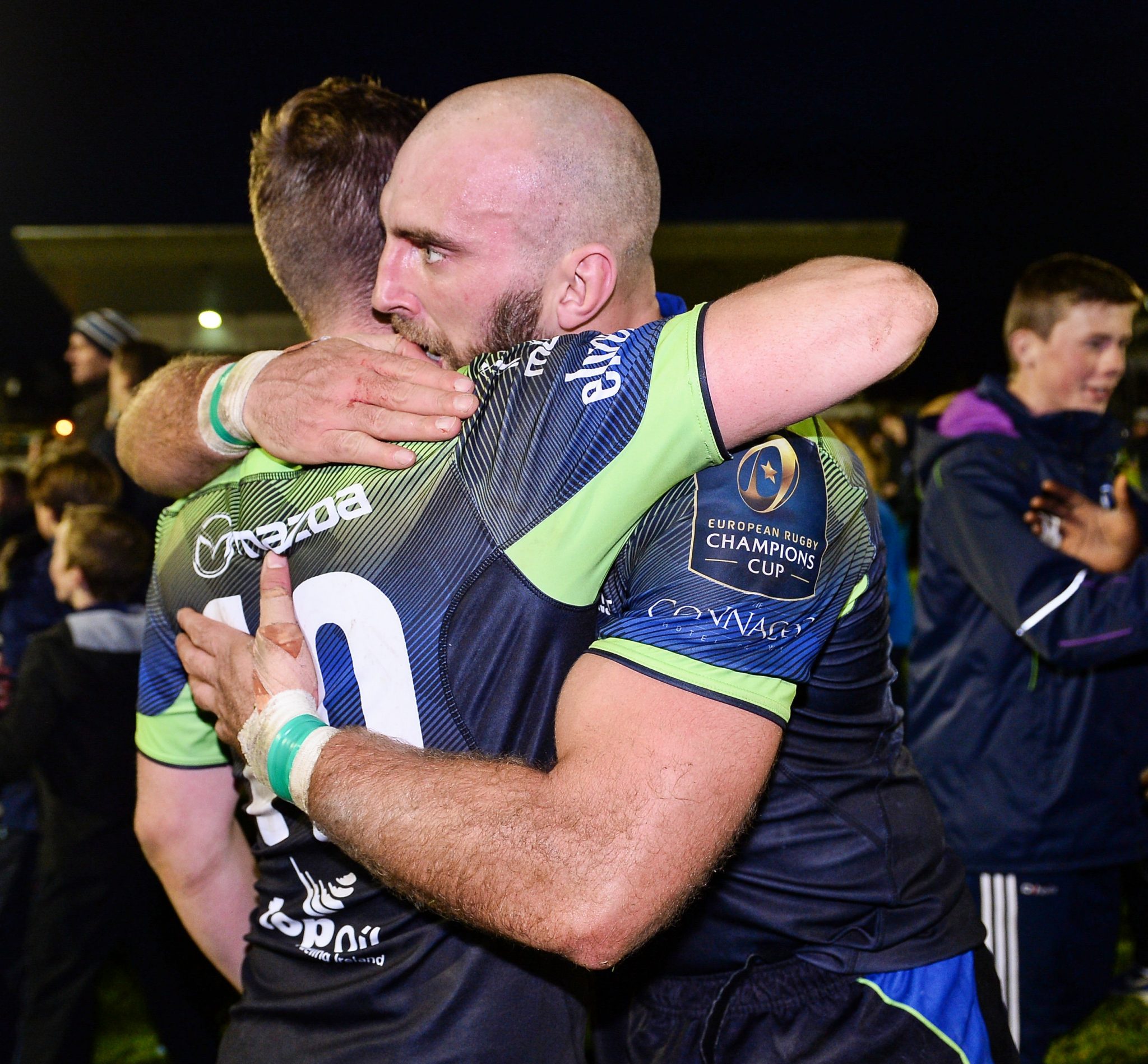 Carty admits he got to the unhealthy stage, when one Connacht fan consistently criticised his performances, of getting screenshots of the comments and saving them in a folder. We was consumed by the criticism but a chance encounter after one game opened his eyes and helped him to move on.

"I'd always envisaged what I'd say to the person when I met them and when I did, I didn't really know what to say. I finally said, 'Oh, you haven't really written anything about me this season'. And he said, 'That's because you're playing well'.

"He came across as such a nice person and everything I had built up in my head about what he was like fell away. Back then, if I could have used the tools that I use now when I am feeling down - speaking to friends and family and using the Tackle Your Feelings app - it would have made such a difference."

Leaning on that inner circle -family, friends, teammates - using the app and not seeking validation online. That is where Carty is at now, and life flows so much better.

popular
Conor McGregor bought out of Proper 12 whiskey company
"No one comes into racing for money – it is a hard way to make a living" - Elliott releases heartfelt statement
Longford leaving cert schools Europe's finest with measured masterclass
Ugo Monye's Lions XV features two Ireland players and Welsh captain
QUIZ: How well do you remember the 2010 World Cup?
"There's 30 pints of Guinness on the table! The night before a World Cup quarter final"
Mike Haley magic and Bundee's blunder sees Munster reach PRO14 Final
You may also like
3 days ago
"There would be a boot in the sink, a dish there, a toothbrush under the bed!"
3 days ago
Ugo Monye's Lions XV features two Ireland players and Welsh captain
3 days ago
Strong Ireland team Andy Farrell should pick to turn over Scotland
4 days ago
Welsh star backs Ringrose and Henshaw for Lions backline
4 days ago
Full text of Craig Casey's interview after lively Ireland debut, and initiation song
4 days ago
Ireland release Craig Casey, Bundee Aki and 11 more back to provinces
Next Page