Who will be the next Dan Leavy or Jordan Larmour?

Back in December 2017, there was much hand-wringing when Leinster left several of their Ireland internationals back home when they travelled to Thomond Park to take on Munster in the Guinness PRO14. Among the Leinster XV were Leavy, Larmour, James Ryan, Rory O'Loughlin and Ross Byrne.

Munster left Simon Zebo on their bench but still had the likes of Conor Murray, Jean Kleyn, CJ Stander, Dave Kilcoyne and Peter O'Mahony in their starting team. Leinster won out 34-24 and both Leavy and Ryan had excellent games, O'Loughlin did well alongside Robbie Henshaw in midfield and Ross Byrne kicked 15 points.

Jordan Larmour? Well, among other great things that evening, he did this:

With the World Cup tightening up the playing schedule and leaving fewer rest periods for Ireland internationals, the IRFU have deigned that all of the players that featured in Japan will have to have two weekends off over the festive period.

Looking at the three sets of inter-pro fixtures coming up, it looks as though Leinster and Connacht may go with some of their Ireland contingent this weekend while Munster and Ulster may hold fire. The choice the provincial coaches have is go early or wait until January and the final round of inter-pros.

Here are the players that can only feature in one of the three upcoming games in the Guinness PRO14:

END_OF_DOCUMENT_TOKEN_TO_BE_REPLACED

From that list, Jack Carty, Jordi Murphy and Rob Kearney were not included in new Ireland coach Andy Farrell's 45-man get-together at the IRFU High Performance Centre on December 22 and 23. It could be taken that the trio may be surplus to Guinness Six Nations requirements but they are likely to be rested over the holidays too.

As much as we all would love to see the top players facing over in some spicy inter-pro battles, the union's actions in this condensed season are understandable. It does also serve up a great chance for younger and fringe players to stake a claim to jerseys and gain some national attention.

To that end, here are two players from each province that are more than capable of grabbing some game-time, and headlines, in the coming weeks:

'Cheetah' Daly had a flying start to the season and was Munster's stand-out player in their opening month. The former Ireland U20 star has serious pace and have Sevens experience at national level. Played outside centre for the U20s but his six starts this season have come on the left wing or at fullback. With Conway and Earls' game-time being limited, Daly may get another start or two. 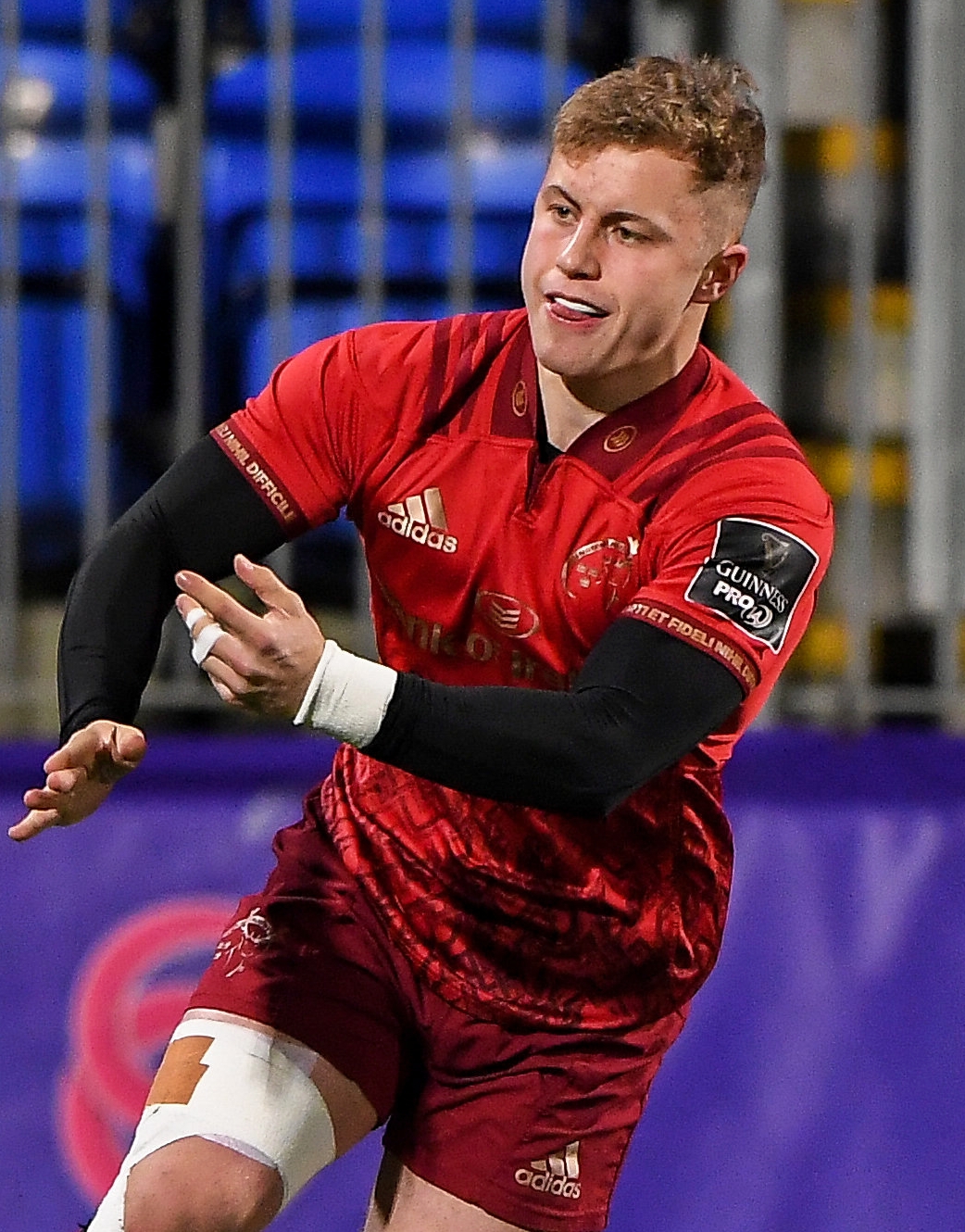 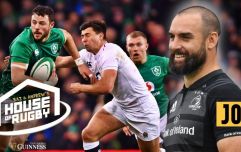 END_OF_DOCUMENT_TOKEN_TO_BE_REPLACED

The young scrumhalf was described as having the fastest pass of a ball in the European game, last season, by former Munster star Barry Murphy (on House of Rugby). Casey was a tyro for Ireland U20s on their way to winning last season's Six Nations and he was drafted into the senior squad by the end of 2018/19. Only has one sub appearance this season but was out injured for a while. With Alby Mathewson departed and Conor Murray set to miss two games, he may get a game or two.

While many would have expected Penny to kick on after his four appearances last season, the back-row has not featured as much as he may have hoped to. Instead, it has been Max Deegan and Caelan Doris sharing the No.8 jersey for big games. Penny has three openside starts this season and scored a try in the win over Edinburgh. With Rhys Ruddock and Josh van der Flier getting rested, he may get an opportunity in some inter-pro action. 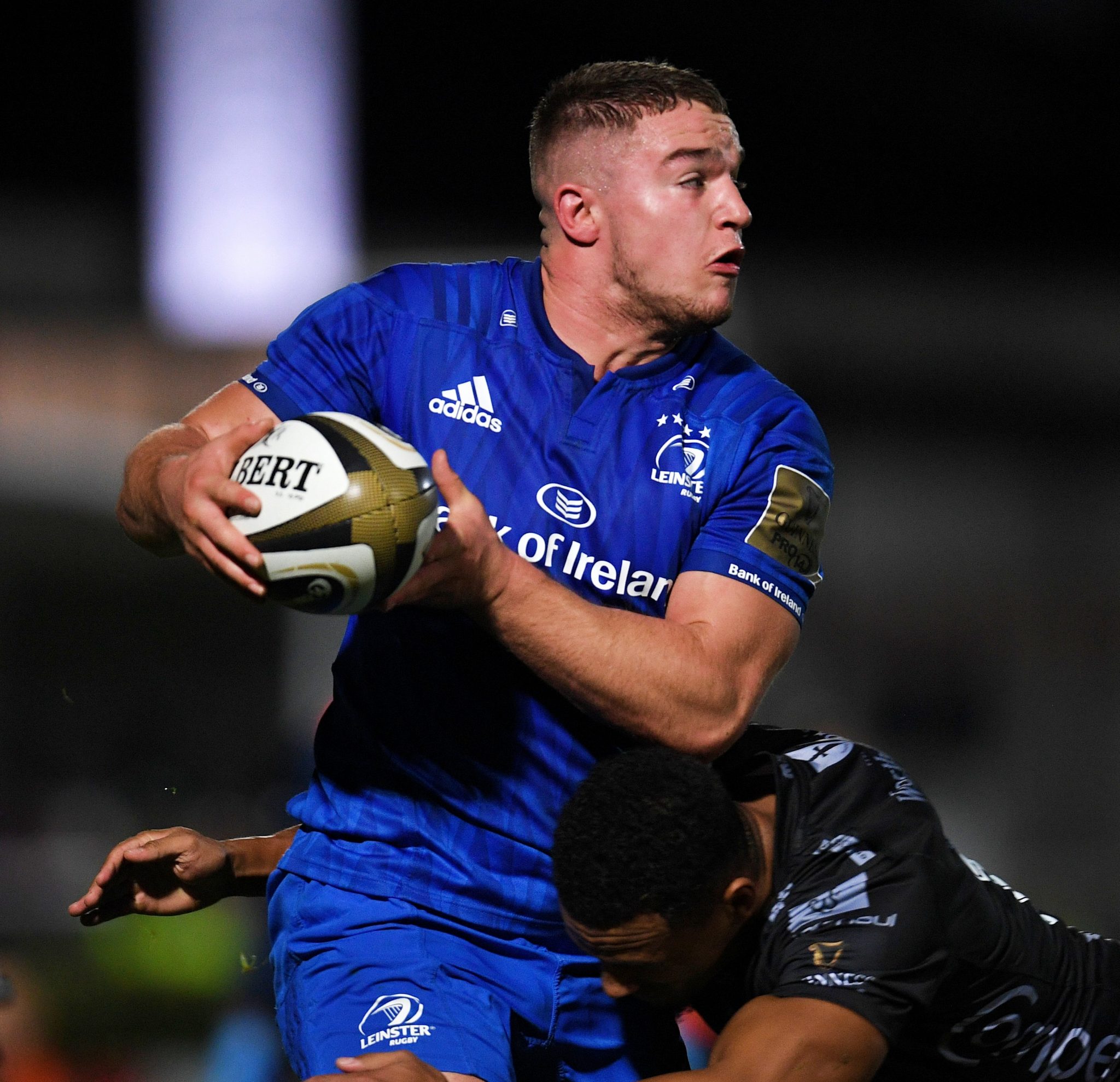 Again, with Jordan Larmour and Rob Kearney both likely to take a limited part in the festive fixtures, this opens the door a crack for the 23-year-old Keenan. He has six appearances this season and five of those were in the 15 jersey. He did well in the wins over Connacht and away to Glasgow.

END_OF_DOCUMENT_TOKEN_TO_BE_REPLACED

The former Ireland U20 hooker has been closely tracked for a number of years now and made 13 appearances coming into this season. With Rory Best now retired, he has played back-up to Rob Herring and made seven sub outings so far this season. Scored a try off the bench against Harlequins, at Kingspan Stadium, and has spoken about gunning for the long-term hooker position at Ulster. May get a start or two in the coming weeks. 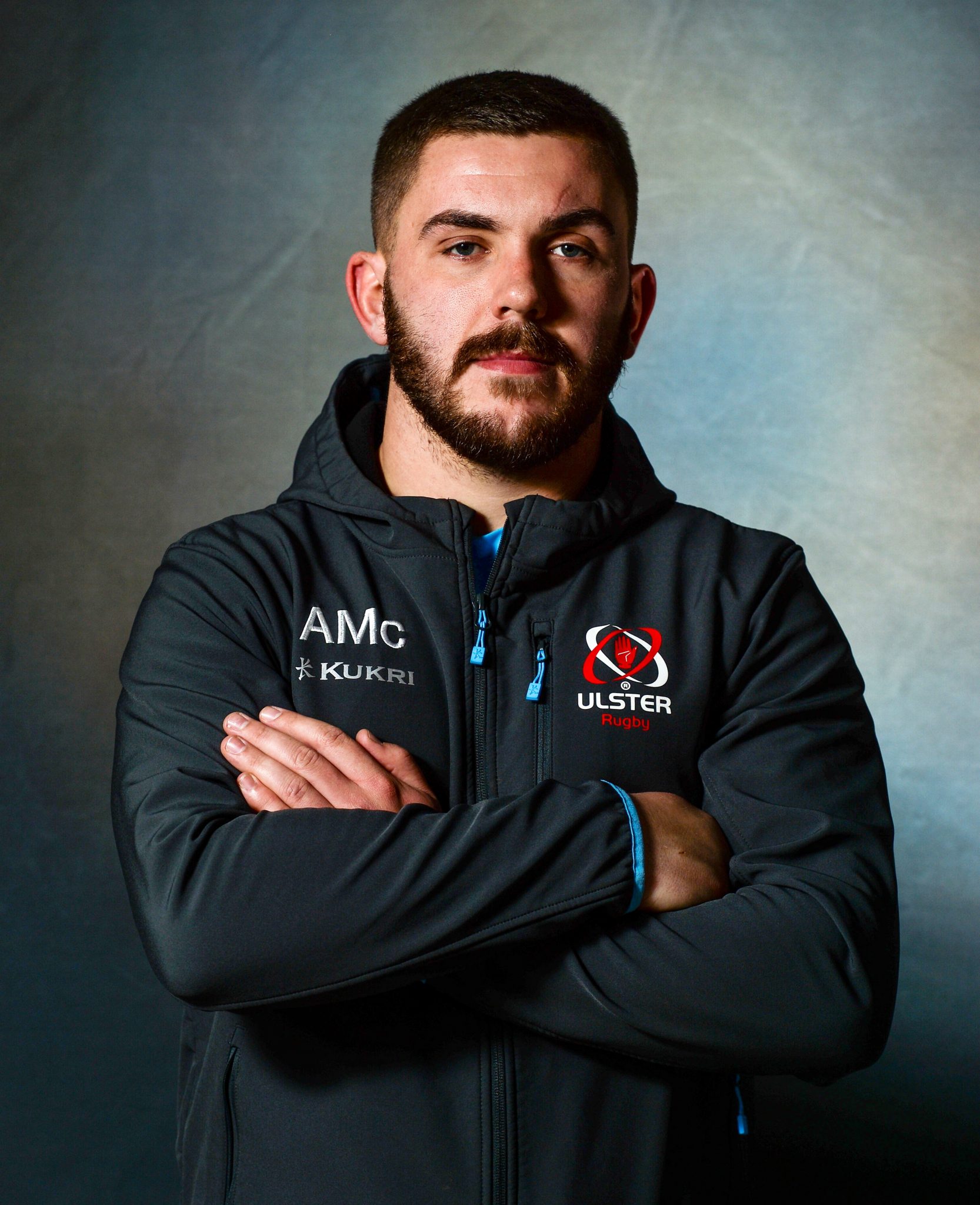 Ulster may be lucky enough to get Herring freed up for two games (he arrived in Japan for the final week and did not play) but they will have to make do without Murphy and Stockdale. Back three is one area Ulster are well stocked, especially with Michael Lowry coming back from injury soon and Will Addison's suspension expiring. Still, Baloucoune may get another couple of starts under his belt while Stockdale is being managed. Only two appearances for the 22-year-old so far this season but his try-scoring appearance against Scarlets shows he is as sharp as ever.

Connacht are the least affected by the IRFU's player welfare call but Andy Friend will readily tell you that losing Carty and Aki will make things tough. The Australian can at least comfort himself with the fact that they have struck upon a confident and ball-playing No.10 in Conor Fitzgerald. The Munster academy graduate is flourishing this season and had another fine outing, last weekend, in the Champions Cup win over Gloucester. 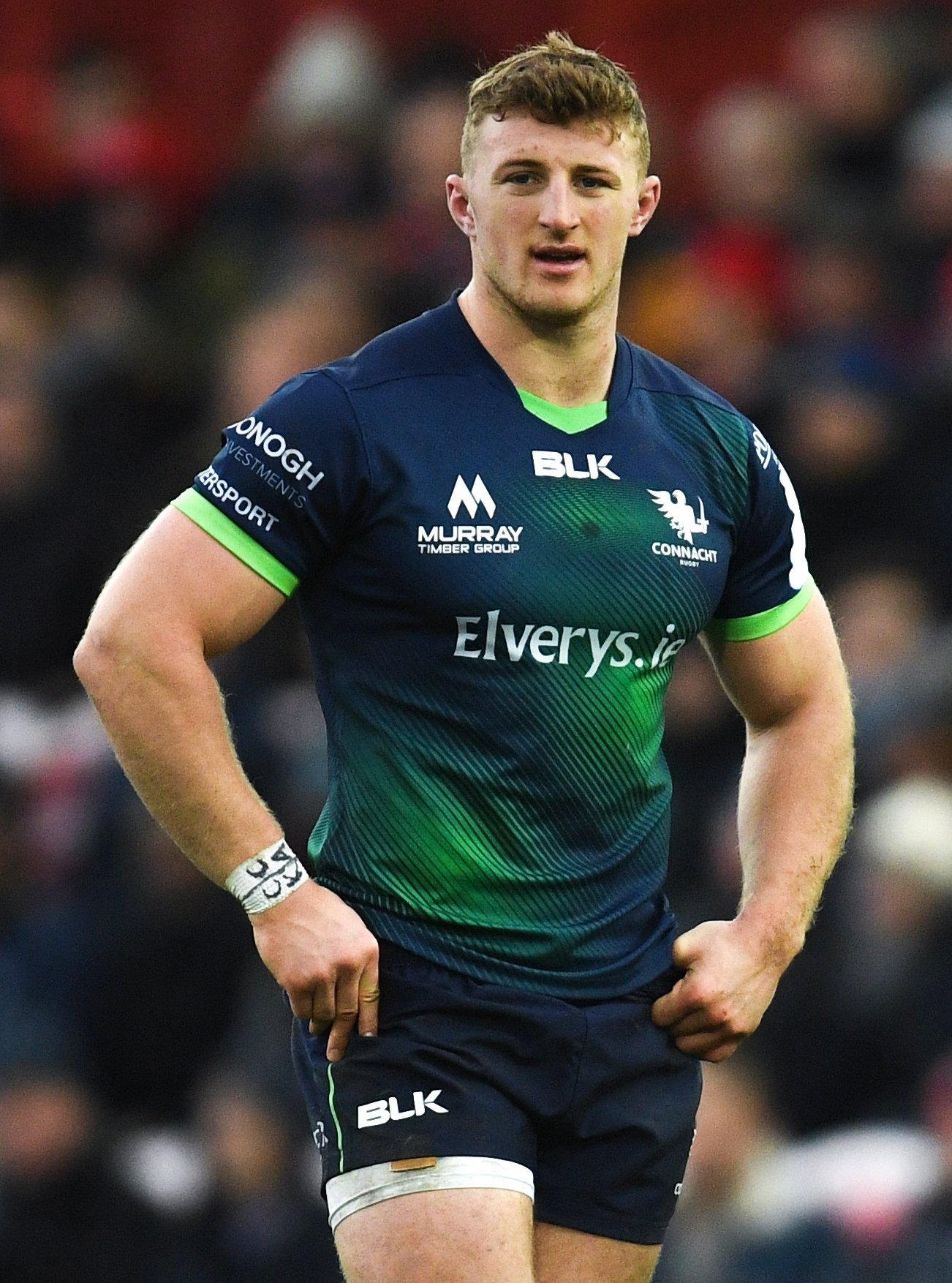 Nine appearances for the Dubliner already this season and someone who would be more than willing to step into that Aki role for his side. A great lad for getting his side over the front foot and breaking tackles, Robb does stretch the 'youngster' title as he is now 25. Gets through his share of defensive work too. Just one try so far this season and would be keen to finish off a few more attacks if the chances arise.


popular
"Emotions will be charged" - Sean O'Brien backing Ireland for Triple Crown
Broadcasting Wilder Fury fight on social media could result in huge fine
Tyson Fury's official purse for Deontay Wilder fight revealed
O'Donnell sees red for standing his ground before O'Connor settles it
QUIZ: How well can you remember this season's Premier League results so far?
“I hope I die every day” - Tyson Fury opens up about his depression and drug abuse
Tyson Fury reveals what happened when he sparred Anthony Joshua
You may also like
5 days ago
Andy Farrell names Ireland squad for crucial England game
5 days ago
Ireland expected to make only one change for Triple Crown decider
1 week ago
These three men have proved a point but are far from done
1 week ago
"CJ Stander, for all his praise, could have got carded a lot earlier that that"
1 week ago
Keith Earls and the role that could prolong his Ireland career
1 week ago
Best Irish XV to claim Triple Crown glory against England
Next Page