Ireland and Wales played out an entertaining Six Nations encounter at Energia Park in Donnybrook, this afternoon, with the hosts running out 24-14 winners. An issue with the Wales showers, after the match, was a bad look for the game on an otherwise positive afternoon.

Adam Grigg's side scored five tries in their bonus point victory with Beibhinn Parsons and Cliodhna Moloney the stand-out Irish players. Wales gave a good account of themselves and were left ruing territory and possession that they could not turn into points after a strong opening spell. 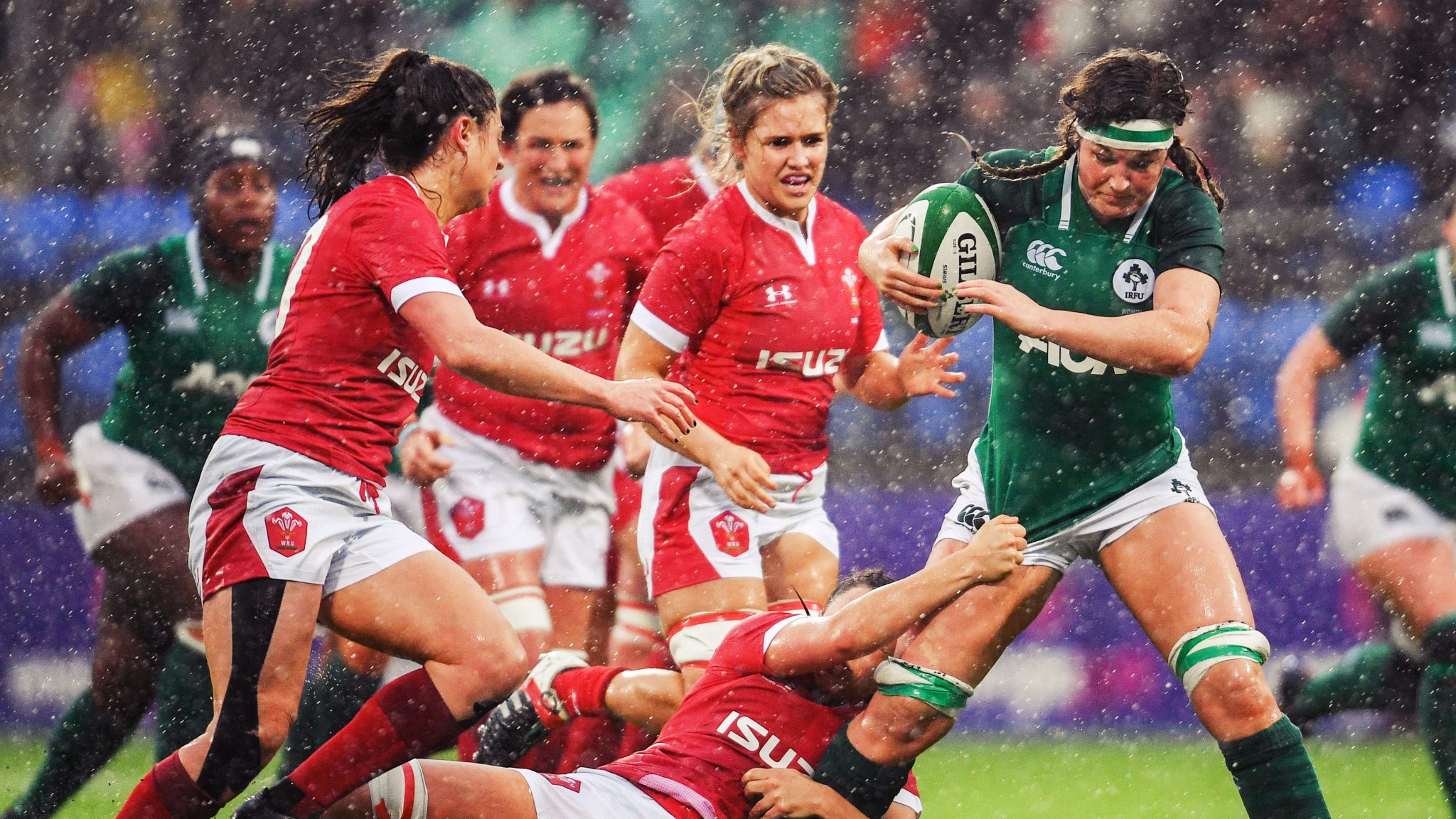 The game went ahead on the 4G pitch at Energia Park and escaped the brunt of wretched weather conditions, brought about by Storm Ciara, in the first half at least. In the second half, the heavens opened and the winds came with it. There was a 20-minute stretch during the second half were the rain was coming in side-ways and both sets of players, and the fans that chose to watch the action unfold away from the covered stand, drenched.

Wales conceded a late penalty try to leave a sour taste but worse was to follow when they tried to get hot showers in before changing and heading to the post-match reception.

"Yeah we're all cold and it doesn't help that we've got cold showers, unfortunately.

"But we're a tight-knit bunch. This will make us stronger. We'll come together and then we'll go again in two weeks for that French game."

"The IRFU have apologised to the Welsh Team following an issue with the water heater in the clubhouse they were changing in.

"Onsite match managers made every effort to resolve the problem, while additional heaters and hot drinks were provided to the team.

"The IRFU once again apologise to the players and management involved and will work resolve the problem."

"We all knew Brian O'Driscoll was good, but that's when we knew he was a genius"

END_OF_DOCUMENT_TOKEN_TO_BE_REPLACED

Bective Rangers, who provided their clubhouse and facilities to the Welsh team, has stated that it's hot water tank sustained damage during Storm Ciara and that the issue did not become apparent until after the match.

Wales must regroup to face France at home in a fortnight's time while Ireland travel to England to take on tournament favourites, the Red Roses.


popular
The SportsJOE 12 o'clock quiz | Day 69
SportsJOE 2000s Football Quiz | Round 1
"I went up to the hotel, got attacked in the room and told I'm no longer Tipperary captain"
The SportsJOE 12 o'clock quiz | Day 67
QUIZ: Name the footballers to have played for Manchester United & Real Madrid
QUIZ: Name these footballers based on their former teammates
QUIZ: Name every All-Ireland football winner of the last 33 years?
You may also like
2 months ago
Baz & Andrew's House of Rugby - Red card frenzy
2 months ago
Ireland v France postponed, Wales v Scotland still going ahead
2 months ago
The Ireland XV that should start against France
2 months ago
Scotland deliver knock-out blow to French Grand Slam
2 months ago
Manu Tuilagi sees red as England clinch Triple Crown
2 months ago
Saracens and England at odds over Mako Vunipola Coronavirus "precaution"
Next Page